Zumba and Other Anti-Aging Stuff

Normally, I write about sort of serious topics. If I were going to do that today, I might rant about how our legislature might vote to protect insurance companies over providing health care for babies. Hey, don’t be surprised. They sided with insurance companies over mandating care for children with autism. But today is Friday – yay! And it’s January, a time for new beginnings, and it just happens to be my birthday month. So, in honor of starting something new, I want to tell you about my Zumba experience. And in honor of my aging, I want to tell you about a couple of “anti-aging” products that I tried this month.

Let’s start with Zumba. Have any of you all tried it? A friend of mine teaches classes at Whiteside and at LaFortune. So, without too much of an investment ($5 per class or 8 for $30), I decided to try it. And I convinced my youngest daughter who’s still home on college break to go with me. Reluctantly, she agreed. I’m a runner. Have been for over 30 years, so I wasn’t worried about the aerobic part, but learning the steps? Eiy-yi-yi!! And, I have to admit, aside from occasionally running with a group, I’ve always been a solitary exerciser. But, back to the aging thing, Isn’t learning new stuff supposed to help ward off alzheimer’s? It can’t hurt.

Here’s what I found. Zumba is fun! My first class (yes, I went back), was the one at Whiteside, which was more of an intermediate level class because people seemed to know what they were doing. I, on the other hand, did a lot of jumping and flayling and very little cute Latin dancing. Thank God there are no mirrors in that gym. I’m sure I looked like a cat trying to extricate itself from hot tar. My fellow exercisers were very supportive and kind to me.

The next night, I went to the beginner class with my daughter. She’s also a solitary exerciser, so I know she was just humoring me by joining me in this class. She’s a good girl. I appreciate her willingness to be publicly humiliated by her mother. But she had fun, too. We’re going back next week! I don’t know if it will keep me from getting Alzheimer’s, but it’s fun and gives me something a little different from running. 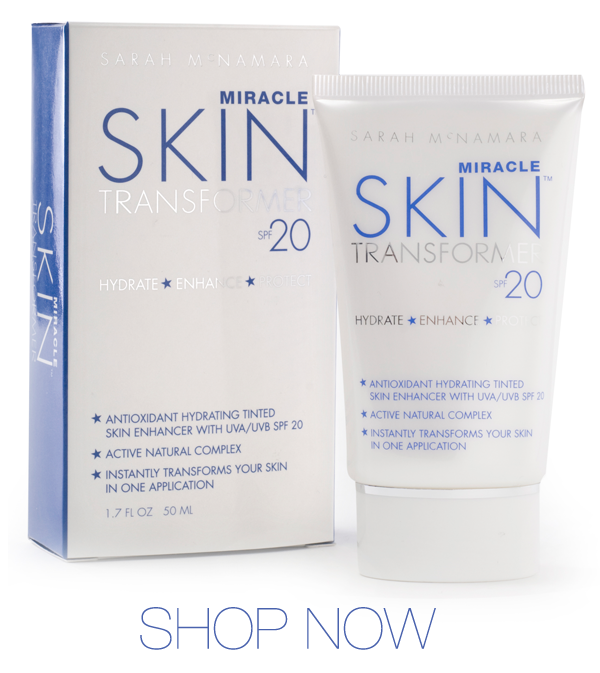 Now, on to my birthday. I love my birthday, I feel lucky to be here. But birthdays do come with getting older. So, I want to tell you all about some anti-aging products that I got at my office that I’ve tried. The first is Miracle Skin. What’s not to like about something called Miracle Skin, right? Oh, and from what I understand, it was on Dr. Oz. I didn’t see that show because I don’t normally watch Dr. Oz, but the press information says that he reviewed it and liked it for those of you who watch the show.

It’s pretty cool stuff. It really does make your skin feel smooth and gives it a better texture and evenness, even though it’s super light. My middle daughter (age 22) loves it and wears it all the time. It’s good for your skin and protects against sun damage.

Speaking of which, I have a lot of that, I’m sure. Back in the olden days when I was a teenager, we “laid out,” as in “baking in the sun.” We even encouraged the sun damage by coating ourselves in oil while lying by the pool for hours. yeck. Anyway, you can get Skin Miracle at Sephora stores now if you want to try it yourself.

Another product I received in the office to try on my 50-something skin is this eye treatment called Cellure REWORK Eye Treatment. It has Lipotein, “a natural and pure protein complex developed from high concentrated adult human stem cells.” Wow. fascinating stuff, right? It has collagen and pro-vitamin B5 — aren’t those supposed to be good ingredients for your skin? I think so. i was anxious to get this started on the wrinkles around my eyes.

I tried the product for almost a month, and I think it does work. I like the way it feels and it seems to be good for the area around my eyes. My wrinkles certainly aren’t getting any worse. I think they’re even looking better. The product information says that it’s “clinically proven cell regenerating science.” Sounds like pretty serious stuff — and I need some serious stuff, believe me!

As far as I know, you can only get REWORK Eye Treatment on the website, unless you live in New York City where they have a storefront.

They also sent along another product called Scientific Organics Eyelight Serum. It’s one of those roll-on things made with grape stem cells and Kombucha, along with some other ingredients such as green tea, pine bark, brown seaweed (!), yerba mate, hyaluronic acid and chamomile — sounds like something you drink. I have to say, it’s very light and moisturizing, which is a good thing when we have these dry winter days. I do think my eye area looks better and I like that it protects against sun damage because I’m outside running every day.

I don’t know if Zumba or new eye products will keep me young, but I never turn down an opportunity to try something new — and to dance!