Anyone who has lived in Oklahoma very long knows that snow isn’t a common sight. Every year, we go through the same dance: two, maybe three times each winter, we pin our hopes on the chance of a well-hyped snow, dutifully gathering our bread and milk as society demands, and then complain about the disappointment on social media when a mere dusting arrives only to melt immediately.

But because our weather is basically wack in this part of the country, you can safely bet hard cash that any indication of “light snow” after Punxsutawney Phil peeks his little head out will invariably result in a baby blizzard that basically shuts down the city for a day or more. If the weather of late has been unseasonably warm, doubly so.

I submit the following evidence to the court:

March 21, 2010: I planned an epic Arthur-in-Wonderland garden tea party for Arthur’s second birthday. The night before, we set up an outdoor canopy amid weather predictions that later that day, the weather would cool down and a light dusting of snow would happen after the party. The snow came early and stayed longer, resulting in the canopy getting completely wasted from the weight of the snow and the party getting moved indoors at the last minute. 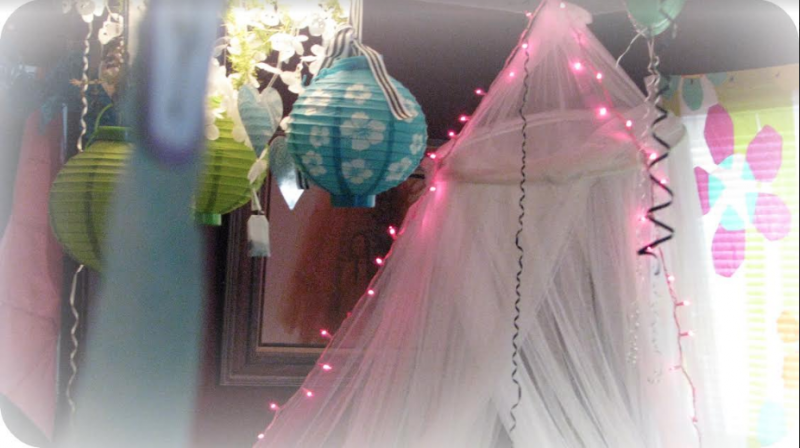 February 1, 2011: We didn’t quite make it to Groundhog Day before the snow started, eventually resulting in a record-smashing 22.5 inches by the time it was all said and done. The mere anticipation of Phil’s little furry head peering out was enough to beckon this mess which made travel nearly impossible for anyone who didn’t have four-wheel-drive and a decent set of tires. For anyone who had kids in school, you may remember this as the year you were shut in the house with your children for–count them–nine school closure days in a row. 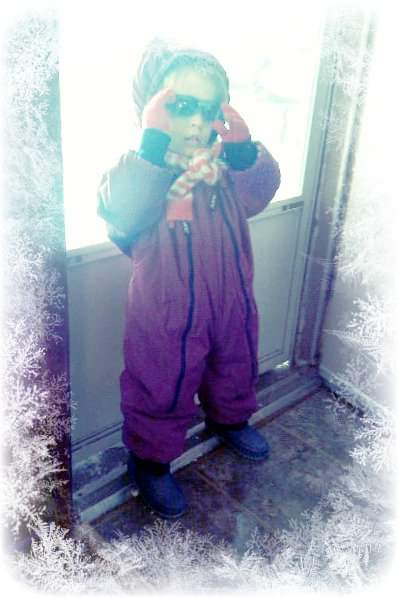 March 2, 2014: The weather forecasted light snow, but we still had to dig our way out of the driveway. 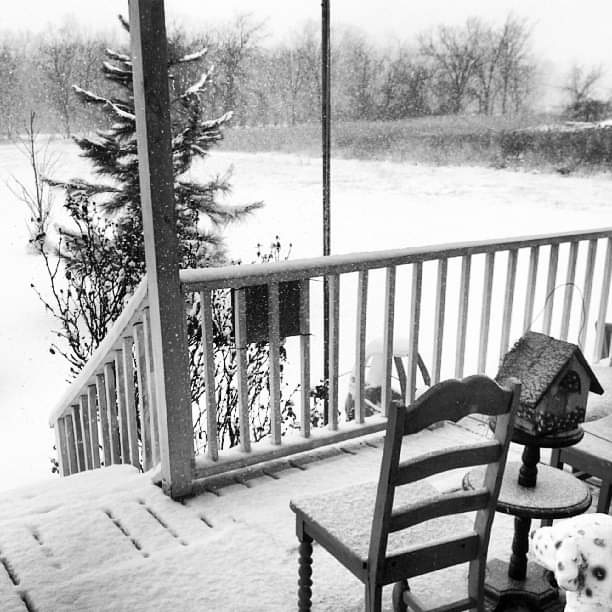 Enter Winter Storm Kade. Initially, it was expected to barely touch us here in Tulsa, with original predictions by my husband, who took a meteorology class and is now an expert, cough, that it would be a “light dusting.”  That’s why I’m predicting a school closure tomorrow for the folks in the Tulsa metro area and putting together this guide to not going crazy with kids underfoot.

Here’s a little thrown-together cheat sheet for you.

The fact that snow can make kids super wet might seem obvious, but parenting is nothing if not a learning curve, and eventually, we all experience that first time of realizing we had absolutely the worst preparation for a specific weather or environment with the kids. Wet shoes and clothing are a bad deal when it’s hecking cold outside. Wrap those little dudes up like they’re Ralphie’s little brother. If they can fully put their arms down, you’ve failed as a parent.

Here’s a quick guide for dressing kids for snow if you don’t have a snowsuit or pants:

How to Go Sledding

If you have the chance to take your kids sledding, you should. It’s a guaranteed way to wear them the heck out. I mean like carrying them in from the cars passing out in their dinner plate wearing out, which is basically the holy grail of activities. 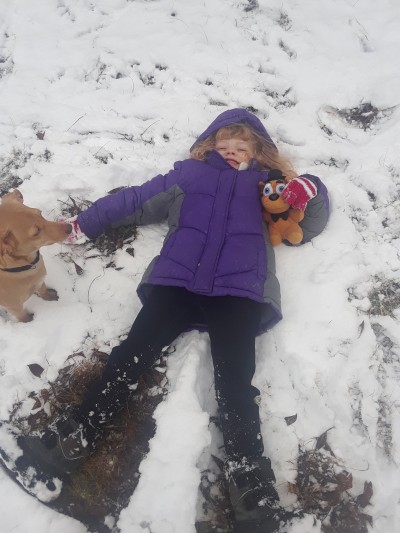 But we all know it’s practically impossible to find a sled in Tulsa when you need one on the fly. They’re mostly hanging around when snow seems more like a mythical creature you’d see badly CGId in an adaptation of a book that was better. You think, “Gosh, I should pick one up,” but then you don’t because it’s a 74-degrees mid-December day.

But never fear, I’ve got you covered.

Here’s a fantastic list of potentially sledlike items to use as you slide those kids downhill until they can barely stand. Remember: every time they sled, they have to trek back up that hill, which is physically exhausting, but they won’t realize it because they’re having so much fun.

What Else to Pack for Sledding

Fun on the Home Front

My kids are all fairly close in age, so there was a time when the idea of leaving the house to play in the snow was the last thing I wanted to do. If you’re more interested in fun you can have in your own backyard, gratefully, we live in the age of Pinterest.

Here are a few ideas you should definitely try: 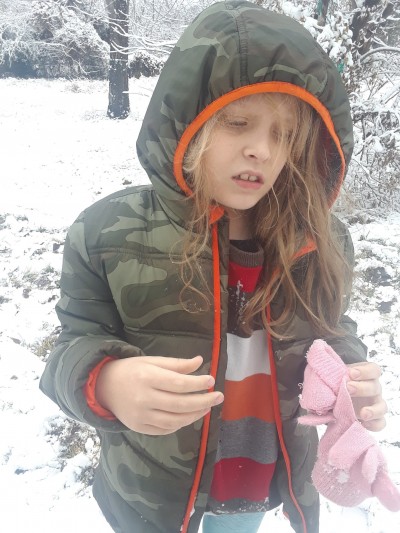 My kids are what you’d call hobbitesque. They don’t want to be outdoors having adventures for very long. They want to be warm and cozy with a good book and a second breakfast. If your kids are like mine, try these ideas:

All right, fam. If I’m wrong about tomorrow’s snow day, just tuck this away for a later date. If you do get to go sledding or go out in the snow, please be careful and make sure your phone is good and charged. Personally, I’ll be saying a prayer to Travis Meyer and warming up with Mom’s Special Coffee, wink.

How do you survive snow days? Hit me up in the comments, and have a beautiful week in your nebula! 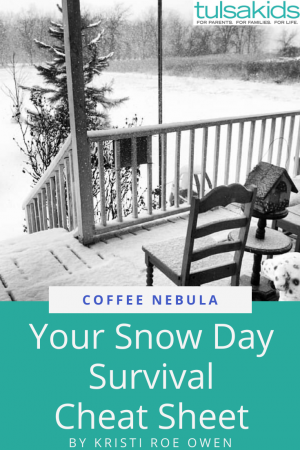