Writing a Children’s Book is Not Child’s Play

Writing and Illustrating MAY FINDS HER WAY

I recently wrote and illustrated a children’s picture book (ages 4-8) called MAY FINDS HER WAY, published by The RoadRunner Press in Oklahoma City. When people find out, even those who know me pretty well, they say something like, “You illustrated it too?” in an incredulous voice. Yes. Art is not my current profession. I’ve been kind of busy the past few years doing other things. However, I’ve always found time to make art. I just don’t talk about it. How do you bring up something like that anyway? “Hey, guess what, I can draw!”?

I’ve included a couple of the illustrations here that I took with my iPhone…. 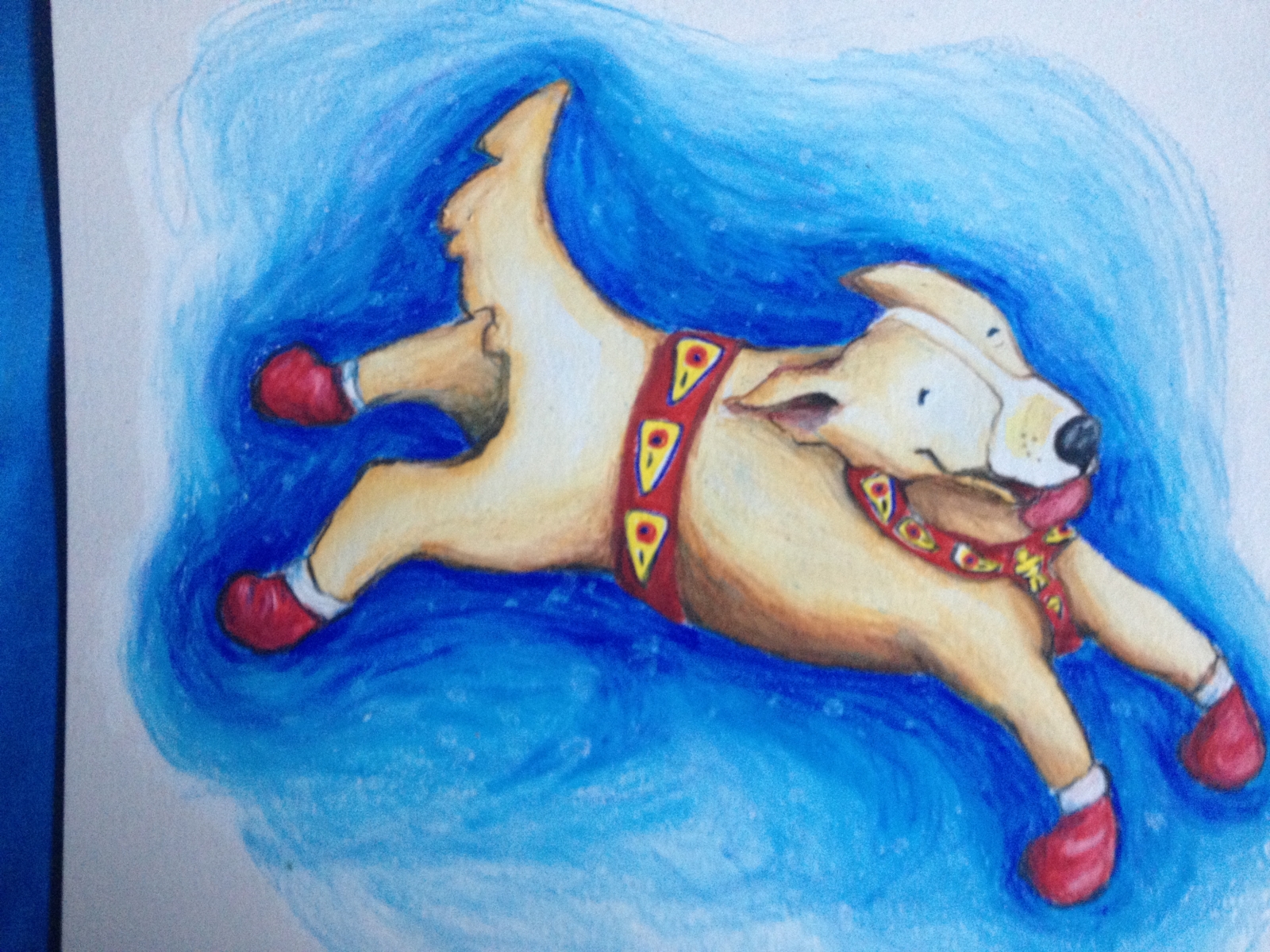 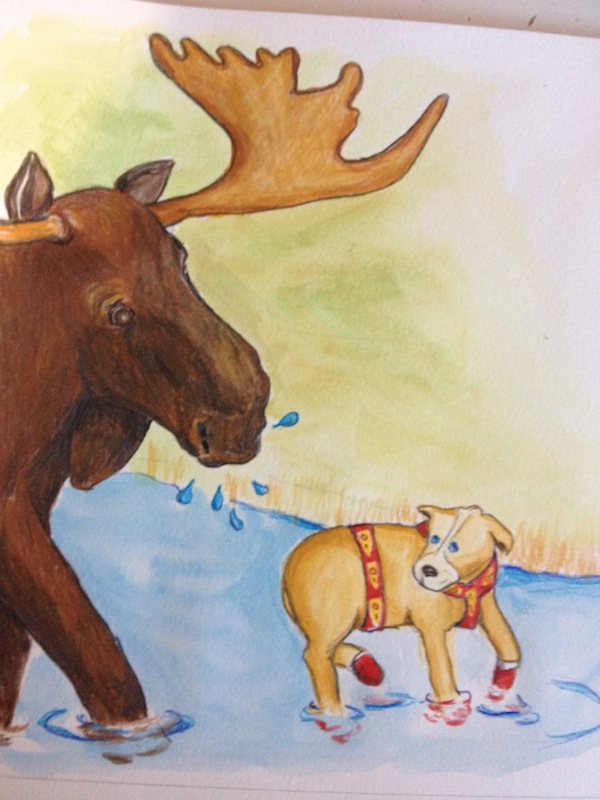 Whether or not I can draw, I will leave up to people who see the book. I will warn you that, even though the process of pitching the idea to the fabulous Jeanne Devlin at RoadRunner to getting the finished product took about nine months (hey, I just counted that up – kind of like having a baby!), I only had about two weeks to do most of the illustrations. I would not recommend that. It’s a sure way to get arthritis in your hand and panic in your heart. But, I am familiar with deadlines. I hope for my next book (which I sincerely hope will happen), I’ll have more time to spend on drawing.

Once I had the idea, I went through many revisions and versions. The story is based on a real event – a sled dog named May who gets lost in the 2013 Iditarod. When I read about it, I thought that it would make a good children’s book. I love dogs, and I’ve always had sort of a fascination with Alaska. I’ve never been there, but it looks beautiful. I remember learning about it in elementary school. The Northern Lights and the totem poles seemed very exotic to me – and it still creates that feeling in me. I incorporated those into the book. Not in an overt way, but in a way that I hope gives a sense of the mystery that it holds for me from my childhood.

Once I started writing and doing clunky sketches, my text and my drawings became more imaginative. Creativity took over and unexpected things happened. I let go of the realistic storyline and artwork that I started with. At one point, a snowy owl entered the book. I’m not sure where he came from. He’s probably been in my mind somewhere because my Croatian grandfather used to talk about how owls gave him messages – both good and bad. Those stories from my childhood stayed with me and, even now, I never look at an owl as simply a bird. The owl in the book has a bit of a mystical quality to him. I had some interesting owl-related things happen to me when I was working on the book. Depending on your point of view, they were either supernatural or coincidental, but I’ll leave those stories for another day.

I wrote the kind of book that I liked as a child and that my children liked. I wanted it to be a story – to have a plot, even though it’s very short. I don’t like books with overt messages. That’s just me. I think through reading, whether it’s a children’s picture book or adult fiction, you learn something from experiencing the story, not being hit over the head with a message.

One of the most fun things about doing MAY FINDS HER WAY was working with Jeanne Devlin at RoadRunner Press. She is such a creative person, a terrific editor and a good sounding board. She really helped guide me through the process. Getting critiques and having someone who would say, “No, I don’t think that will work or yes, I think this will work” was invaluable. Thanks, Jeanne.

I guess this blog is a plug for myself. Our calendar says that I have a book signing for MAY FINDS HER WAY on Nov. 9. The release date for the book was moved to Nov. 19, so the book signing has been moved to Saturday, Nov. 30 at Steve’s Sundry Books on Harvard from 10 a.m. to noon. I’ll also be at Full Circle Books in Oklahoma City’s 50 Penn Place the same day at around 2:30 p.m. Busy day. Hope to see you there. MAY FINDS HER WAY is available on Amazon or at www.theroadrunnerpress.com.