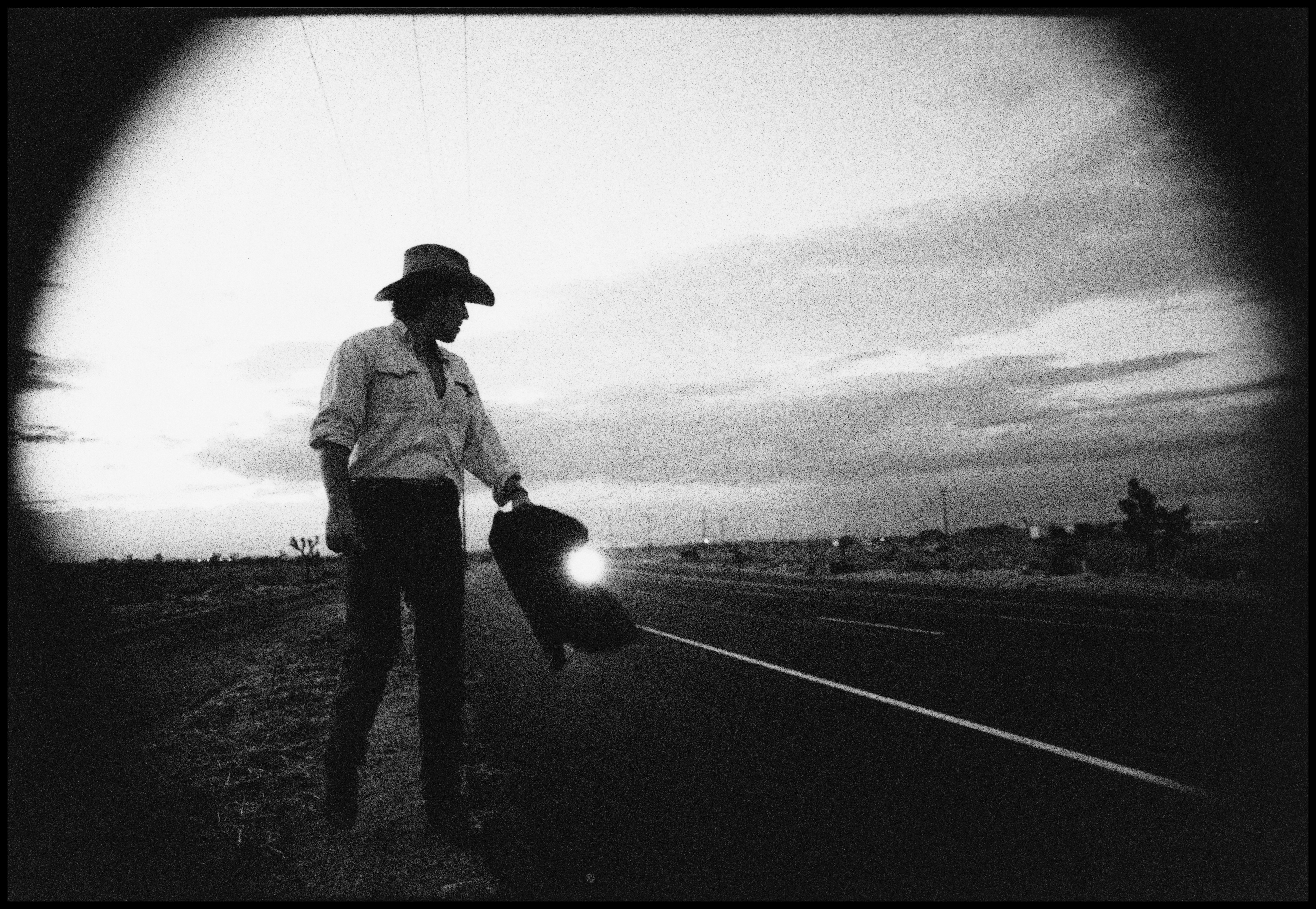 I love the Woody Guthrie Center, so I have to tell you about some things happening there this week. To celebrate its one-year anniversary, Deanna McCloud WGC executive director; Ken Levitt, WGC board and executive director of the George Kaiser Family Foundation; and Bob Santelli, GRAMMY Museum executive director, made some important announcements.

Santelli was here from Los Angeles to welcome the Woody Guthrie Center as an affiliate partner with the GRAMMY Museum in L.A. What does this do for Tulsa? The WGC will have access to the GRAMMY Museum’s exhibitions, and the partnership will offer new educational opportunities such as student internships and expanded resources for those doing research.

Now I’m getting to the good part. To celebrate the first anniversary, the Woody Guthrie Center is opening the world premiere of the GRAMMY Museum’s Bruce Springsteen: A Photographic Journey.  I saw the exhibit today and it’s fabulous – a must-see for all of you Boss fans!

The exhibit is the work of five photographers who took pictures of Bruce throughout his career. I spoke with Ed Gallucci at the press conference this morning. Gallucci said that he was hired by Crawdaddy to photograph Springsteen when his first album Greetings from Asbury Park, NJ was released. At that time, Gallucci was 25 and Springsteen was 23, and he photographed Bruce hanging out in his kitchen with his girlfriend. Gallucci said he was driving a cab in New York City at night and doing photo assignments during the day, so it was just another assignment for him. Bruce tried to play the Asbury Park album on a record player for him, but it didn’t work very well, so Bruce got his guitar out and started singing songs from the album while Gallucci shot photos. He has some great shots of a very young Bruce Springsteen on the brink of his career.

You can see the exhibit beginning tonight, Tues., April 29 at 6 p.m.

On Wed., Bob Santelli will present “Greetings from E Street: An Introduction to the Music and History of Bruce Springsteen” at 7 p.m. The talk is free with paid admission.

On Friday, May 2, a benefit show for Women In Recovery featuring Terri Hendrix and Lloyd Maines, Erin O’Dowd and Kristen Hemphill will begin at 7 p.m. in the WGC Theater. Tickets are $12.

The celebration ends at Guthrie Green over the weekend. On Saturday beginning at 5:30 p.m., John Fullbright and Jimmy Webb will be in concert, and on Sunday one-hour concerts begin at noon featuring Parker Millsap, Slaid Cleaves, Samantha Crain, Sam Baker, Jimmy LaFave and James McMurtry.

If you haven’t been to the Woody Guthrie Center, now might be a good time to go. Introduce your kids to Woody Guthrie, an important figure in Oklahoma history. As you go through the artifacts and interactive exhibits, you can see that Woody loved children. Many of his songs were written for children. His music, drawings and writing will inspire creativity and imagination in children and adults alike.

For more information about programming at the WGC, go to www.woodyguthriecenter.org