One of my favorite memories is of our family spending a weekend cabin camping with my husband’s three brothers and their families and their parents at Lake Murray State Park. We hiked, biked, played, made campfires, climbed to the top of Tucker Tower Nature Center and, more than anything, just enjoyed the quiet, natural setting of the park. 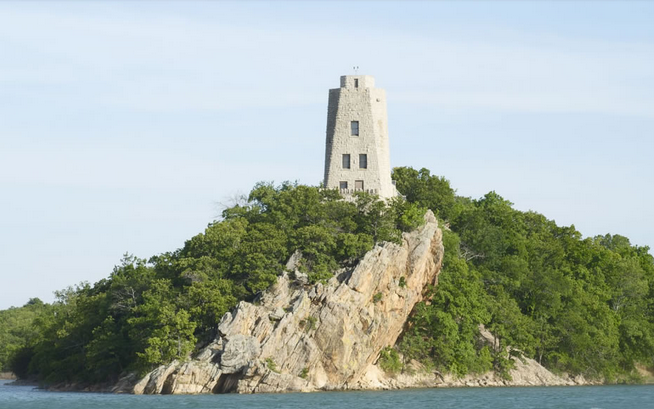 Now, according to an article by Ben Fenwick with Oklahoma Watch there’s talk of putting an outdoor gun range at the Lake Murray State Park. My idea of relaxation is not listening to gunshots going off all day. Or watching gun-toting shooting range enthusiasts walk around the lodge and the outdoor areas. Aren’t there other places for this kind of thing? Maybe someone’s private land? Why build a shooting complex at one of the largest, most popular, most pristine parks in the state?

It may attract some people, but it certainly would scare off quite a number as well. I’m fairly certain that our family reunion, which included several young children, would not have happened if there had been a shooting range on the property.

The Oklahoma Tourism and Recreation Department is building a new lodge at Lake Murray State Park. The proposed shooting range would be built right next to the lodge, effectively turning it into a lodge for those who want to enjoy the sport of shooting guns.

According to the Oklahoma Watch article, the shooting complex “is being proposed by the National Wild Turkey Federation” and would have to be approved by the Oklahoma Tourism Commission.

I know that every state agency is under fire in terms of funding, including the Oklahoma Tourism and Recreation Department, but maybe the bigger question is the appropriateness of a shooting range at a state park where families go to relax in nature, not to wear earplugs or dodge stray bullets. Would a gun range bring in more money? Also, this particular park is on the National Register of Historic Places. Would a shooting range be compatible with that? What’s next? Target practice at LaFortune and Whiteside?

There are probably better places to build facilities for people who enjoy recreational shooting than our state parks. I hope the Tourism and Recreation Department shoots down this idea, but just in case, if you haven’t been to scenic Lake Murray, plan your trip now.  Before too long, you might come back with a hole through your tent.

What do you think? Should state parks include outdoor shooting complexes? Would you be more or less likely to take your children to a state park with a shooting range?