The Importance of Estate Planning

For most people, thinking about their own death probably ranks somewhere near the very bottom of things they want to do.

That was certainly true for me, but after the birth of our second son (and with some helpful prodding from our family) my husband and I eventually contacted an estate attorney. We found that going through the process definitely instigated some important conversations we hadn’t been having, but perhaps the most surprising part was the comfort I felt when our estate plan was complete.

Still, I had been a parent for years before taking the estate planning plunge. Why the hesitancy? Well, like many other parents, I was thinking: ‘Can we afford it?’ ‘Is it really necessary?’ And mostly, ‘I don’t want to DIE!’ (The truth is: probably, yes, and tough luck.)

An estate plan is the mechanism by which you can take care of the people or causes that are most important to you after you pass away. One common misconception is that you need to be wealthy to consider an estate plan. In reality, most Americans are likely to leave assets behind after their death. An asset could be anything from physical property, like a car or a house, to a standard checking account.

Plans are as unique as the people they serve, but some common elements include a will, a trust, a power of attorney, and a health-care directive. Many estate attorneys offer a fixed price to help put together an estate plan, though rates will vary by practice and based on the complexity of your situation.

Wills communicate what you want to happen after your death. If you pass away without a will, state laws determine who receives your property. Trusts are legal agreements that can transfer property to another person without going through probate. When you make a trust, you designate someone to distribute or manage your assets when you die or become incapacitated.

Trusts are commonly recommended for all types of families, but they can be especially useful in the event that a loved one is disabled or receiving special assistance.

Laura Knapp’s son, Luke, has muscular dystrophy which requires him to use special equipment like a power chair and a feeding tube. Many children like Luke rely on services that are predicated on certain income and asset ratios, which can be impacted if a child receives an inheritance.

“We were really surprised when we learned the importance of wording your trust so that your child can still get [support] if you and your spouse pass away,” says Laura. “We wanted to make sure [Luke] would be able to continue to get government benefits and still have money to make his life fulfilling and fun.”

Mark Loeber is the CEO and Founder of The Advancement Group, an organization that offers estate planning support to Little Light House families.

He says that once a family has a plan in place, it gives them a sense of control in a world that often feels out of control. In addition to understanding the ins and outs of special needs trusts, he says that parents should also think about the legacy that they want to leave on behalf of their child. Like anyone else, when a special needs person passes away, the assets from his or her trust can be designated to support groups or nonprofits that have a special meaning for the family.

“I have been doing this for 31 years, and when you share that concept with parents, [it can be] very emotional…knowing that their child can be honored with a legacy,” says Loeber.

For parents, finances are just one part of the estate planning process. It’s also important to designate who you would want to care for your child if you could not.

There are different factors that go into selecting a potential guardian, but some common considerations include parenting style, age, location or school district, religious views, or financial situation. Whatever those factors are for your family, it’s important that you not assume your loved ones know what your wishes are.

Amber and Alex Gates created their estate plan with the help of B. Gail Brown, an attorney who was recommended by another parent at their children’s school. Amber says that considering custodial arrangements was the hardest part of the planning process for her. The couple considered their own values when determining who they would want to care for their children. 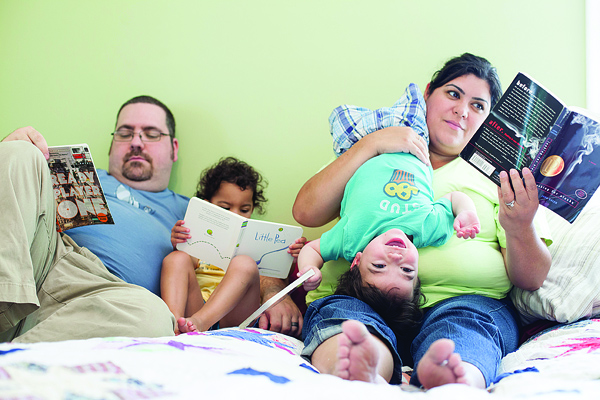 “You want someone who’s going to parent in a similar way,” says Amber. “But mostly [we considered] personality. Do they have a sense of humor? Can they raise our kids with confidence? Is education important to them?”

Rachel Mouton is the director of development at the Little Light House. In addition to working with children who have special needs, she also has a son with Asperger’s syndrome.

Mouton says it is important for parents to name guardians who really understand the commitment as well as the day-to-day experiences of the child. She says there can be specific challenges for children with special needs; for example, the child may require guardianship far beyond the child’s 18th birthday.

“You want to think about someone who can really care for that child, who can keep up,” says Mouton. “Some really involved children receive nursing care daily. That is something to consider when planning. Make sure they are in a home where they can receive that care.”

“It’s not something you want to think about, but it’s actually a relief when you get the paperwork done and know that your child will be taken care of,” agrees Laura Knapp.

Meghan and Jacob Johnson have a 1-year-old daughter, and the couple is currently using the online tool LegalZoom to complete their first estate plan. 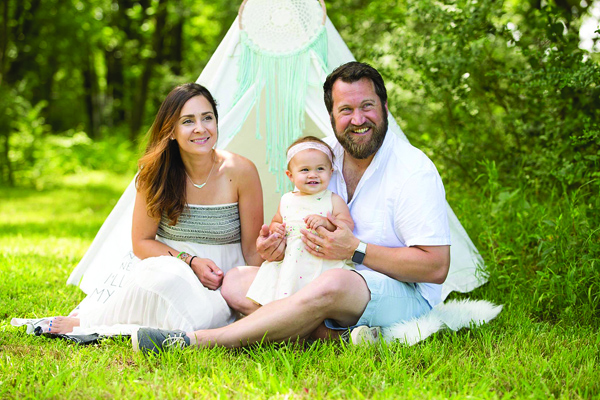 There haven’t been any major disagreements as they work through the process, which Meghan attributes to the fact that they had discussed a lot of the relevant issues before they ever started the legal paperwork.

“Having those conversations ahead of time is really important,” she advises. “For the most part we have been on the same page.”

The Johnsons say they will take an iterative approach to their estate plan, which also takes some pressure off of the planning process.

“For us it hasn’t been a really painful process, because I don’t think we’re looking at it as the ‘final’ plan,” says Jacob. He says their goal is to get a basic structure in place that makes their intentions known. “The more we can have in there the better, but our thinking right now is let’s just get something done that would tactically make this all a lot easier for everyone else,” says Jacob.

“Something is better than nothing at this point,” agrees Meghan.

Building an estate plan was particularly important to Alex and Amber Gates because they both lost their fathers unexpectedly at an early age. That firsthand experience motivated them to act when they were in their thirties, but they still had concerns.

“I was hesitant about [estate planning] because I was afraid it was going to be expensive and there were a lot of unknowns about the process,” says Alex. “Part of it was the trauma of my dad dying, but it’s really about acknowledging your own mortality.”

“It sounds really scary and cumbersome,” acknowledges Amber. “But at the end of the day…[Alex] wouldn’t want me to struggle [after his death] and vice versa.” The pain of losing your loved one is already more than anyone wants to deal with, she says.

The couple says that their attorney, Gail Brown, made the process as comfortable as possible and asked a lot of thought-provoking questions. Brown says she understands that there can be challenging moments, but her advice is to just jump in.

“Estate planning is important because you decide while you are still alive what you want to have happen upon your death,” she says. Opting out of that process doesn’t mean that decisions won’t be made – just that you won’t be the one making them. Simply put: “Either you decide or the state decides for you.”

In retrospect, Alex wishes he had known how comforting it would be to have a plan in place. It took three in-person sessions plus some homework for the couple to pull everything together. Brown advises her clients to revisit their estate plans every five years or any time there is a major life change, including in the life of your designated guardian.

While planning for our own deaths may not always be comfortable, experts say it is a responsible choice, particularly for parents. “We can’t get away from it, so let’s just plan for it,” says Brown.