What happens when a child with a high IQ also has ADHD (Attention Deficit Hyperactivity Disorder)? Will one mask the other? Will having a high IQ make dealing with ADHD easier or more difficult?

I can tell you firsthand that this does occur. Children with exceptionally high IQ scores can also have ADHD. Both of my sons qualified for the Gifted/Talented program in school based on their high intelligence test scores. Both were also given the diagnosis of ADHD.

As a mother, I was concerned that their high intelligence might be masked by the ADHD symptoms, and that their teachers wouldn’t recognize their academic abilities. I was relieved to find out that, at the time, all second graders were tested for intellectual abilities, so that despite the ADHD diagnosis, teachers also were aware of their high academic potential.

While ADHD may mask a child’s academic abilities, the opposite may be true as well. Very bright children may hide symptoms of ADHD. They generally do better in school than those children with average or low IQ who also struggle with ADHD. Therefore, these children, unfortunately, often go without a diagnosis and miss receiving beneficial treatment. 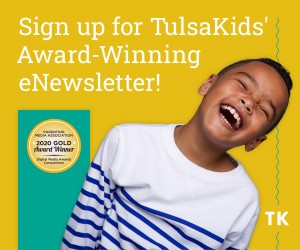 ADHD affects individuals of all intellectual abilities. One might think that children with a high IQ would be able to better manage the struggle with ADHD symptoms. Instead, they may have their own unique struggles. Children with ADHD are often socially behind their peers. They are most comfortable with children several years younger. On the other hand, exceptionally bright children are often most comfortable with children several years older. The child with both ADHD and a high IQ may be comfortable with both older and younger children, but will likely be socially awkward with peers.

Children who are intellectually gifted usually do recognize that they are smart. When they are young, school is often quite easy for them, and they may do exceptionally well in the early grades. Parents and teachers also recognize their intelligence, and they hold these children to high expectations. As school becomes progressively more difficult, the ADHD symptoms become more of a problem. As a third-grade teacher, I can tell you that this may be the year that children and parents begin to notice problems. By third grade, school becomes more challenging and students are expected to be more independent. Academics may begin to suffer and progressively become worse during the next years. This may be confusing to the child who has found that things came so easily in the past. Children might begin to doubt themselves, which may lead them to experience anxiety. Parents and teachers may become disappointed in the child. They may attribute the lack of scholastic success to laziness, boredom or lack of effort when, in fact, the ADHD symptoms may be contributing to academic difficulties.

Misdiagnosis is not uncommon when high IQ and ADHD collide. Very bright children who are also highly active are sometimes misdiagnosed with ADHD. On the other hand, some highly intelligent children with ADHD can focus on things that interest them for an extended period of time, which can lead to misdiagnosis as well. The result is that these children often don’t receive the treatment they need.

How can you tell if your child is intellectually gifted, has ADHD, or both? This can be a challenge because the two share some commonalities. Children in both groups often have high energy levels and a low tolerance for boredom. They are frequently curious, creative and may enjoy high-risk activities. Both can also display a resistance to authority. Albeit for different reasons, both groups may struggle academically. Children in both groups may also seem uncomfortable with same-age peers.

There are some signs to look for if you are wondering if your child has a significantly high IQ. Did your child begin to lie by the age of 5? Lying involves clever skills which many children haven’t developed by that age. Did you have trouble getting your child to go to sleep at a reasonable hour around the age of 8? Does your child love to read? These can all be signs of high intelligence in children.

If you suspect your child may be intellectually gifted, the best way to find out for sure is to have them tested. While a psychologist can do this for you, it is also commonly done in schools. I suggest you request that the school administer the test. If you’re wondering whether your child has ADHD, consult a child therapist, developmental-behavioral pediatrician or other professional who specializes in treating ADHD. Armed with the information from the testing and the therapist, you will know if your child has an exceptionally high IQ, ADHD, or both. You will then be able to support your child by attending to his or her specific needs.

The National Association for Gifted Children asserts that “no gifted individual is exactly the same… There are many traits that gifted individuals have in common,” but not every child exhibits every trait. For a full list go to nagc.org.

Here are a few cognitive, creative, affective and behavioral traits:

According to information at mayoclinic.org, diagnosing ADHD is best done by a specialist such as a developmental-behavioral pediatrician. Check with your child’s doctor if you are concerned, since “most healthy children are inattentive, hyperactive or impulsive at one time or another. It’s typical for preschoolers to have short attention spans…” and the same can be true in older children or teens. “Young children are naturally energetic…some children naturally have a higher activity level than others do.” Children with ADHD have a pattern of behavior that negatively affects life at home, school and with relationships. 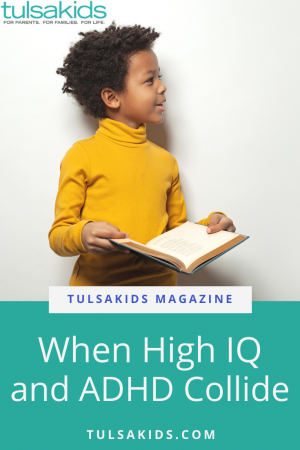