What Type of Parent Are You?

What is your parenting style? How does your style affect your children as they grow up? There are four predominate varieties of parenting styles. People do not generally fit perfectly into one category. They will usually have characteristics from a combination of these categories, but one will usually be dominant. Additionally, our styles may change with our moods and life circumstances; however, making a conscious effort to use the most effective parenting style can give your children self-confidence and security as adults. The four styles most commonly referred to in child-development literature are Authoritative, Authoritarian, Permissive and Uninvolved. Where do you see yourself?

It is widely accepted that the Authoritative style is the one that’s most ideal. Authoritative parents strive to achieve healthy relationships with their children. They have clear rules and high expectations, which are discussed with their children. Input from the children is allowed and even valued. The reasoning behind the rules is explained. Consequences are used in rule enforcement, but positive reinforcement, such as praise and rewards, are also used. These parents work to prevent behavior problems before they arise. Although Authoritative parents value input from the children, they do remain ultimately in charge.

Children raised by Authoritative parents tend to be happy, successful and confident. They openly express their opinions. These children feel secure in measuring the risk involved in their decisions. They become more self-disciplined, responsible and are able to think for themselves.

Children raised in an Authoritarian home often do grow up to follow the rules. They also frequently suffer from low self-esteem because they don’t believe their opinions are valued. These children sometimes grow up to be more aggressive than children whose parents use more positive child-rearing approaches. They also become very good liars, because they have learned to lie in order to avoid punishment.

Children of Permissive parents often suffer from more cavities and even obesity because their parents struggle with limiting sweets and establishing routines, such as regular teeth brushing or sleep schedules. These children frequently report being sad and suffering from low self-esteem. They don’t respect authority and rules, so they frequently exhibit behavior problems.

Uninvolved parents give their children a lot of freedom. Some make the choice to parent with this style. Others are either disinterested or just don’t know how to parent. Uninvolved parents don’t spend much time with their children. They rarely know what is being learned in school, and they don’t look at their child’s homework. Some of these parents don’t seem to have an understanding of the basic needs of children. It is not uncommon for mentally ill or drug-addicted parents to fall into this category. Parents who need to work two or three jobs in order to make ends meet may also fall into this category because they simply don’t have the energy for their children. There are little or no expectations of children, and little nurturing is provided.

Research indicates that children raised in an Authoritative Parenting environment turn out to be the happiest and most successful adults. Therefore, parents should strive to fall into this category as much as possible. Don’t worry if you sometimes find yourself in the other categories. This happens to even the best parents sometimes. The aim is to reach for this goal, not to be a perfect parent. 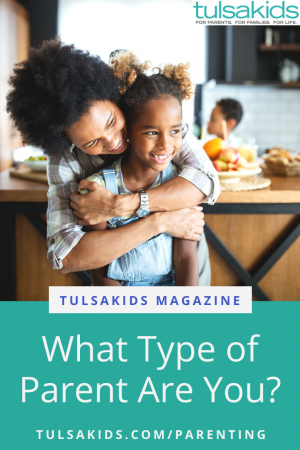