As technology continues to explode, so does the potential for its misuse and abuse. The same tech that allows us to share photos and videos with friends, livestream concerts and shop for pet supplies has been a boon to the pornography industry. Well beyond the simple transmission of still photos, online porn has grown to include “cam girls,” “sexting,” and the illicit use of mainstream social media sites. Pornography of all types is now more affordable, accessible, violent and anonymous than ever before. For a generation of children raised in a digital world, exploitation may be just a click away.

Girls who use social media for sexualized selfies leave themselves vulnerable to bullying, extortion, harassment, and even suicide. Studies also suggest that exposure to sexualized images online can lead to body shame, anxiety about appearance, eating disorders and low self-esteem.

In addition to pornography’s potential for emotional and developmental harm, child pornography is illegal under state and federal law. Child pornography laws are broad in both scope and definition. In Oklahoma, it’s illegal to have, produce, download, or distribute any nude or sexual images, videos or depictions of anyone under the age of 18. It’s also illegal to encourage a minor to participate in its production.

In other words, anyone who possesses a sexually explicit image of a person under 18 could be guilty of possession of child pornography, even if the subject of the image willingly sent the picture, and even if the recipient is a minor, too. For example, an underage girl who sends a nude photo to her boyfriend, the boyfriend who received the photo, or a teen who asks another teen for a nude photo are all in violation of this law.

According to Lieutenant Jeremy Nolan of the Tulsa Police Cyber Crimes Unit, although technically violating child pornography laws, cases involving two minors sending explicit images to each other are normally handled by the school system or by the juvenile division. Similarly, minors who produce sexually explicit or nude photos of themselves are rarely charged with a crime.

“We don’t typically charge someone who’s produced because a lot of the time, the kid has been coerced, or isn’t capable of making an informed or good decision about that,” he notes.

The difficulty of policing this ever-evolving technology leaves the gate open for the proliferation of child pornography, too, with all of the potential for abuse and exploitation. Although one can debate the definition of “voluntary,” in many instances, underage individuals are “choosing” to participate for reasons as diverse as money and Internet fame, with little thought for the long-term consequences. Sites like OnlyFans allow “adult entertainers” to provide paid content to their subscribers. Although these types of platforms are ostensibly restricted to adults, the reality is different, and it’s not difficult for minors to participate, as well. The Internet is prized for its anonymity.

“It changes every day,” Nolan says. “There are so many platforms and so many applications that keep popping up. There are so many dating sites where you can pretend to be whoever you want. Online, we’ve had kids pretending to be adults.”

What Can Parents Do?

“I think so much of it stems from what we all see on TV, and what parents are doing,” Nolan says. “I think there are a lot of influences that aren’t helping. We focus a lot here on education. It’s important to talk to your kids about this stuff.” 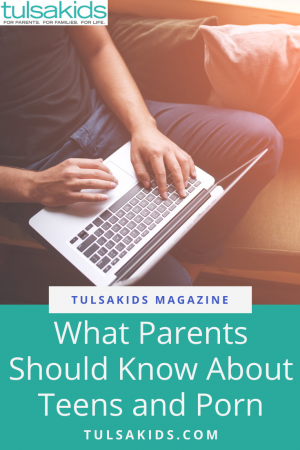