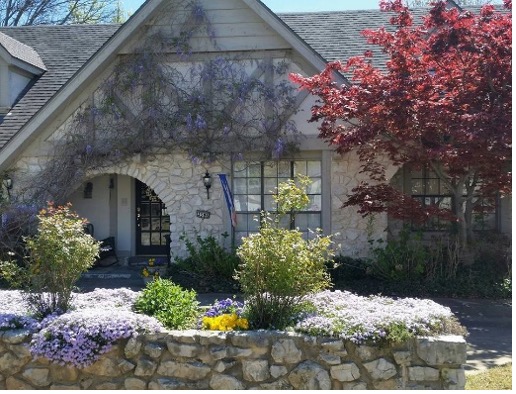 My daughter has advised me to quit naming inanimate objects because she knows I tend to get too emotionally attached to things. She says I’m guilty of anthropomorphizing houses and cars, thereby attaching too much significance and emotion. Well, she’s not entirely wrong. As I’m preparing to move out of the home I’ve lived in for twenty-three years, my feelings are running rampant all over the place. Wondering what makes a house a home is amongst the million thoughts bouncing around my brain. Is it just semantics, or is there a difference between a house and a home?

I’ve lived in plenty of houses, dorm rooms, and apartments that I enjoyed but didn’t shed a tear when it was time to leave. But then there have been the houses that almost magically transformed from simple living accommodations into homes. The houses that were no longer just a roof over my head but somehow grew roots firmly embedded in my heart.

There have been only three houses that I formed a deep attachment to in my sixty-four years of living. The first was my parents’ home, where I spent my first 18 years. Even after I grew up and moved away, it always felt like home because that’s where my parents were. The day I signed the papers to sell their house was almost like another death. The other place that was hard leaving was the home I raised my kids in for the first eleven years of their lives. That house is filled with memories of their precious baby and early childhood stages. Then there is our current situation. We have lived in Bunny Manor for twenty-three years. We moved there when our kids were eleven and twelve, and it seemed a perfect size. Now that the kids are grown, it’s time to downsize. It’s actually way past time to simplify our lives. One week from today, we’ll turn the keys over as a young family begins making this their home. For every goodbye, there is a hello waiting.

Moving is a massive undertaking! In preparation for a moving sale, our daughters came over to help us last Friday night. What was unusual was the fact they came without their husbands or children. I love my sons-in-law dearly, and you know I am over the moon about my grandchildren, but it was special to have just the four of us there for the evening. After the hard work was done, we started tossing around favorite memories of our time at Bunny Manor. The talk, laughter, and memories flowed freely. It was an evening that simultaneously filled my heart with joyful memories and also made it ache with reluctance to leave the home where so much love and happiness grew. I’m happy we had so many wonderful years there, yet leaving feels almost like an abandonment of the past. Intellectually, I know that’s not true. My head knows the memories will be carried with us, but it’s my heart I am still trying to convince.

I’m back to the original question, what makes a house a home? I’ve known people who grew up in million-dollar mansions, but they were only houses. I’ve known people that grew up in humble shacks that were truly homes. The opposite can also be true. I guess it’s not complicated; it’s the people who make it into a home. The shared meals, neighborhood walks, game nights, holiday traditions, bedtime talks, and laughter are the ingredients that build a strong family bond. Love is what transforms a house into a home.

A good argument can be made that home is more of a feeling than a place. It’s where you feel loved and welcomed. It’s where they love you even when you’re at your worst. My husband says he doesn’t care where we live because home is wherever I am. A sweet sentiment that shows he is either wise or very charming.

We’re downsizing rather drastically, so our family get-togethers will be in close quarters and simpler surroundings. To accommodate the smaller space, we have donated, sold, and trashed many items that filled our home. But I don’t think we’ll miss a single material object. We have all we need. We have love. Maybe I’m too hopeful, but I think we have the power to transform wherever we live into a home. Despite what my daughter advises, I’ll probably continue naming the places I live because it symbolizes the investment of my heart, and heart is what makes a house a home. Love is all you need. 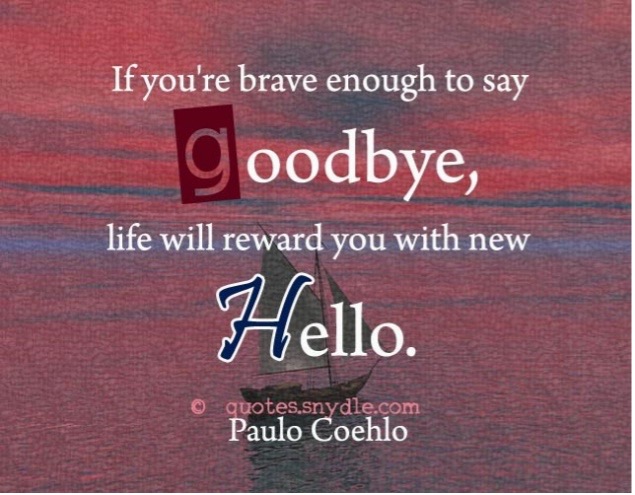 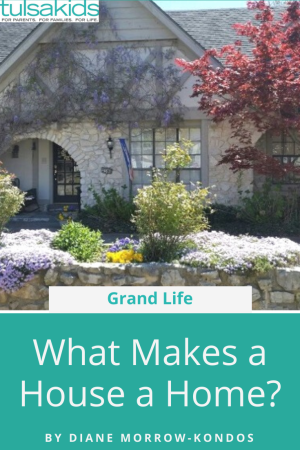