To complete the Honeybee Mama 2011 Halloween Adventures, I’ve got to share with you all our HallowMarine expedition!

We have had quite a Halloween Celebration this year, with two pumpkin patches, a costume party at dance class, HallowZOOeen and trick-or-treating with cousins at Mimi’s house. The icing on the cake was HallowMarine at the Oklahoma Aquarium in Jenks.

Upon our arrival, we were soon greeted with party pic opportunities with pumpkins and pirates! 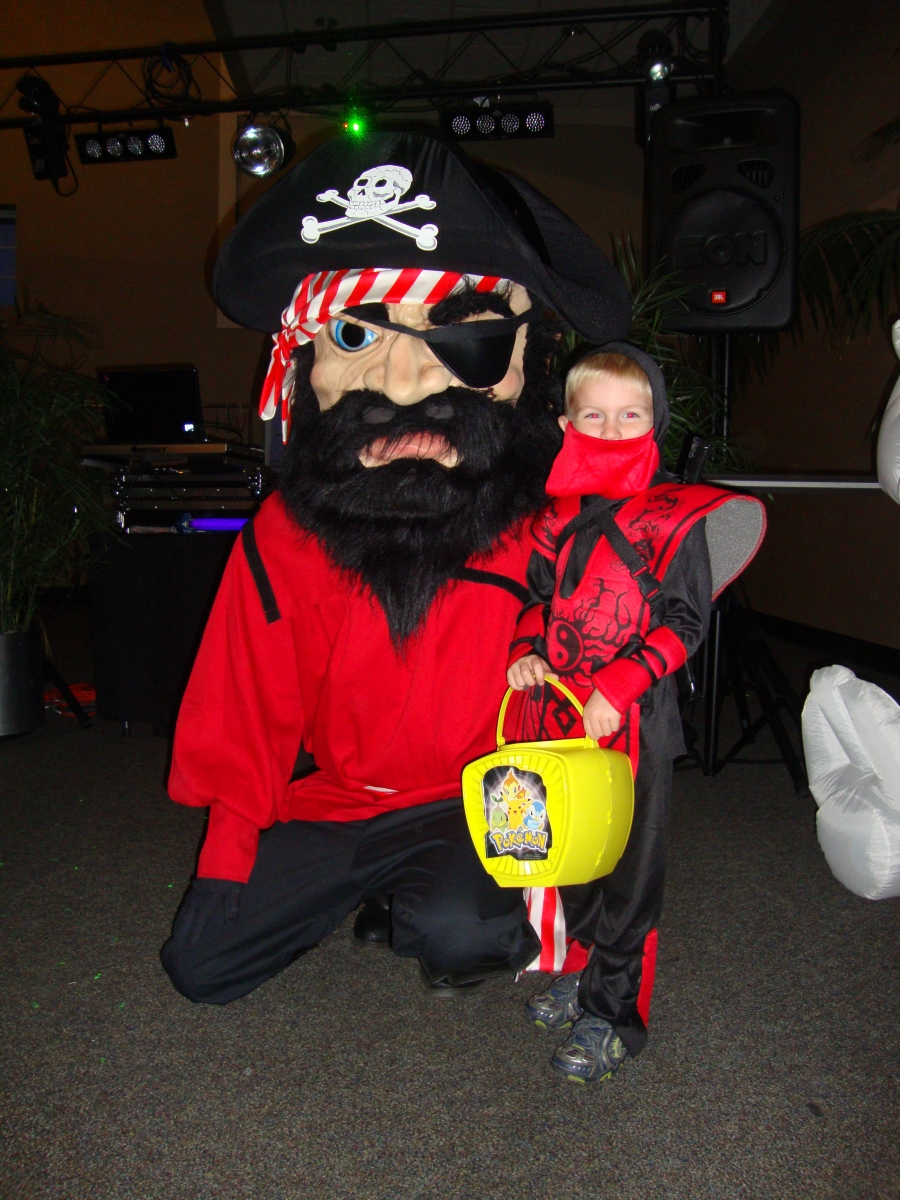 After groovin’ and break dancin’ with the Dracula DJ and the Party Pirate, we got to the sweet part of the event: CANDY! Volunteers from a variety of local businesses and non-profits were dressed up at their booths handing out tons of treats. It was really cool to learn about some local organizations I wasn’t aware of; the people were all really friendly and you could tell they were really thrilled to see all the kids in their costumes! 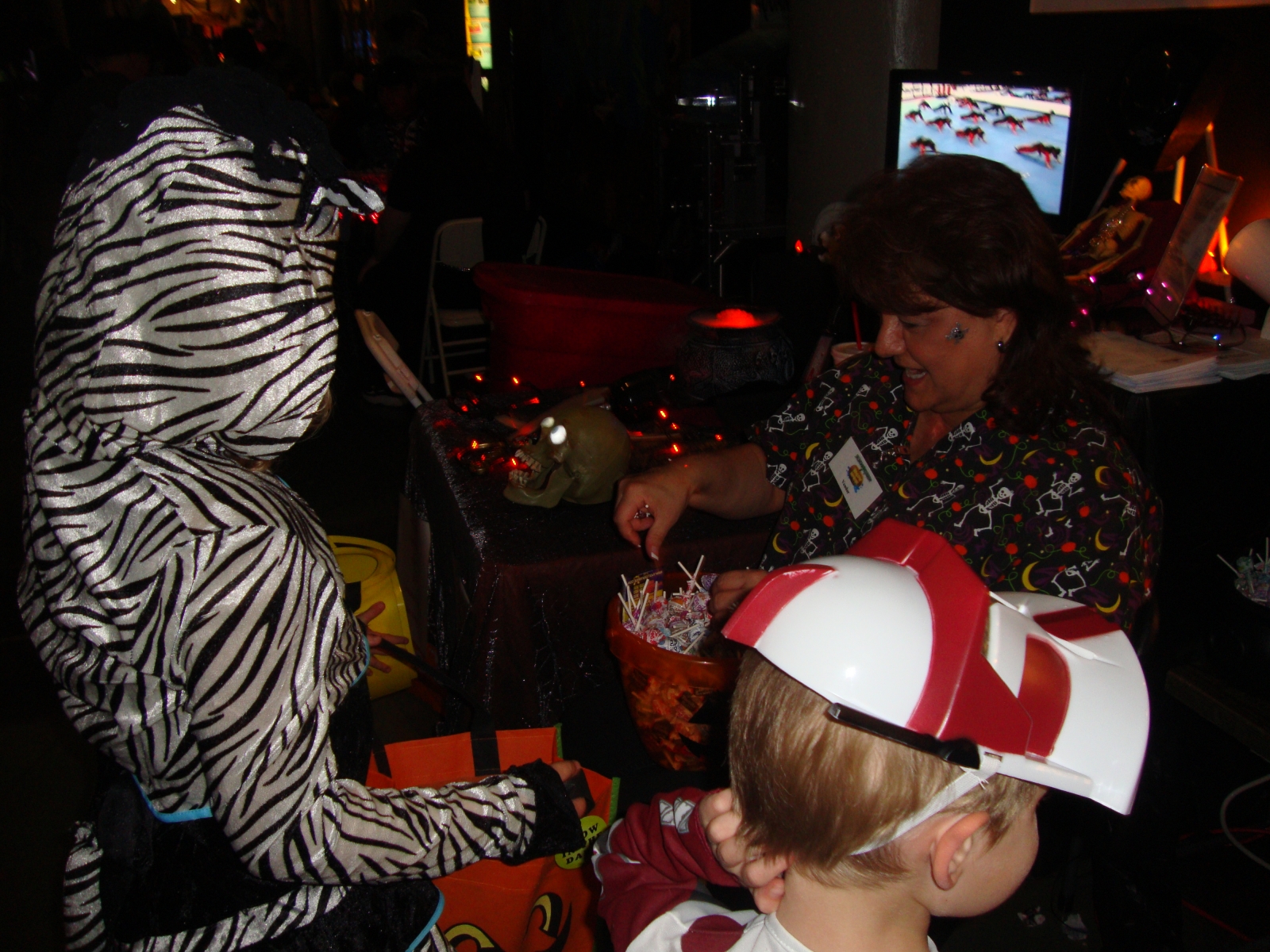 I wondered if our kids would be even remotely interested in the fish and other water creatures when confronted with candy, but I was proved wrong several times! We stopped and watched all the amazing fish and other sea life as we made our way through the aquarium collecting sweets. 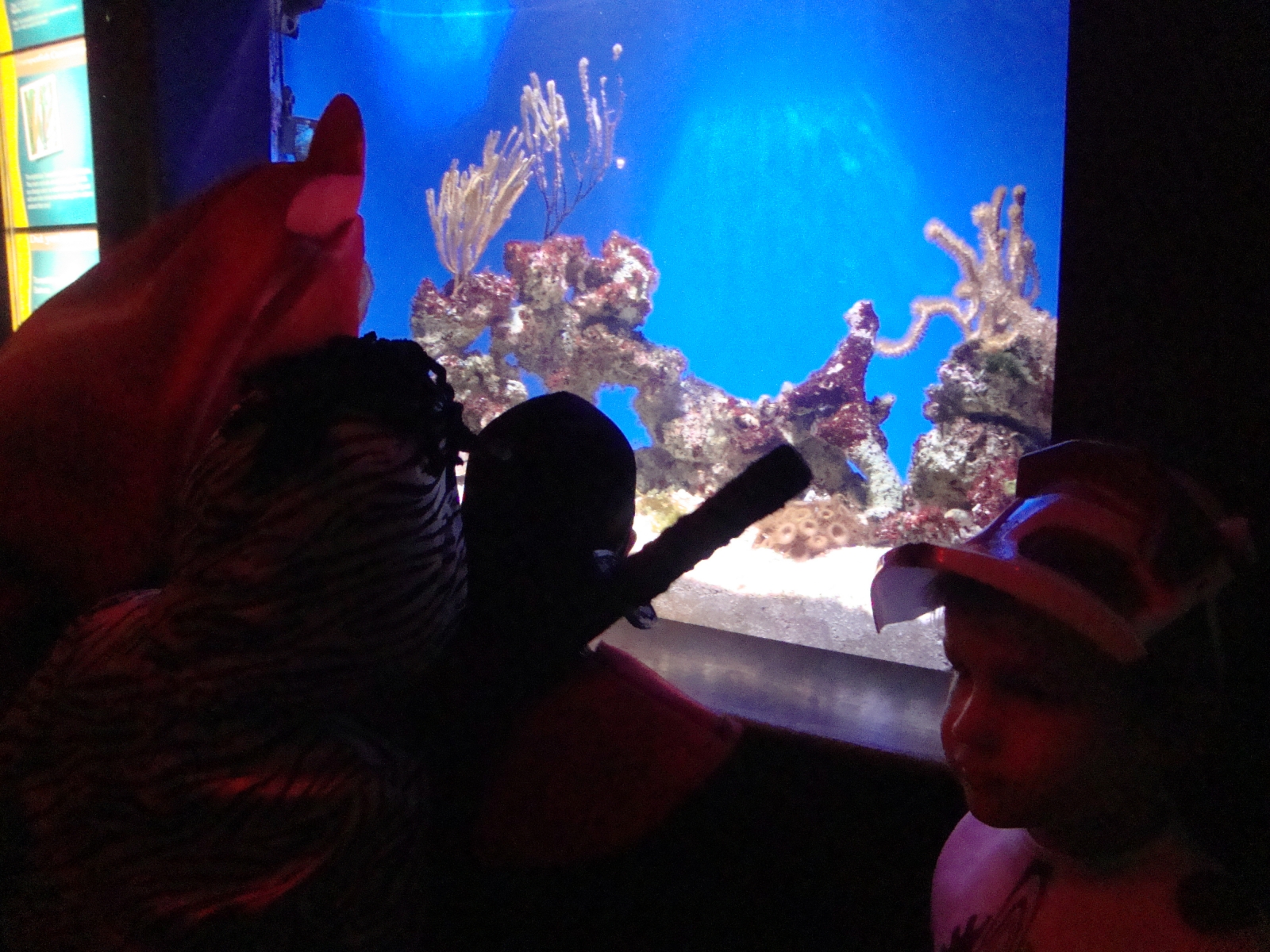 As with HallowZOOeen, I was really impressed by the attention to detail with decorations throughout the facility. Look at the pirate skeletons and spooky netting on the lights! 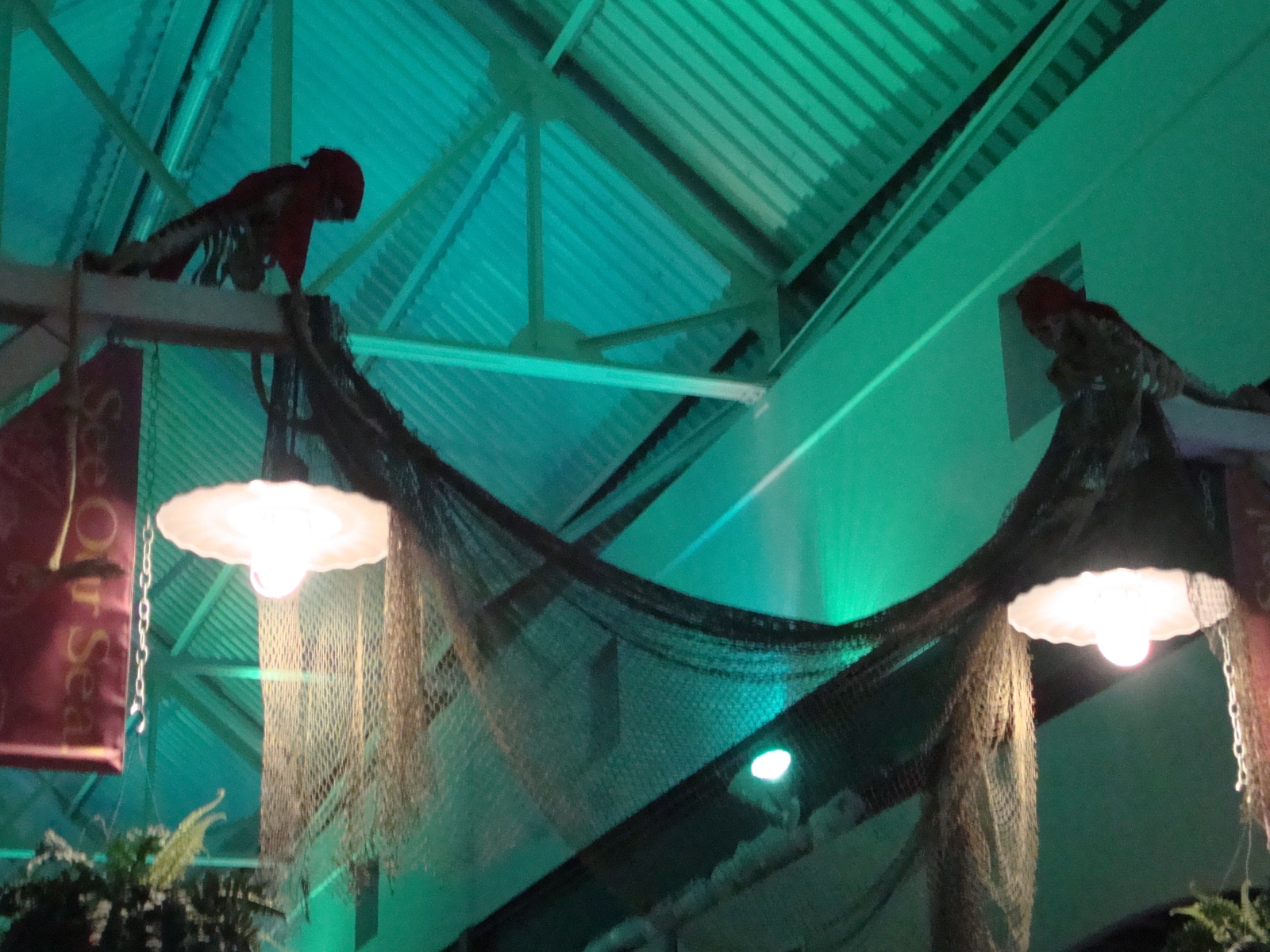 The tunnel through the shark tank is always a favorite with the kids and tonight was no different. Alec was a little frightened, so Marc carried him. I think he got over his fear when he realized the echo down there and started shouting his hellos at the sharks, which is NOT allowed! We scooted him out of there pretty quickly! 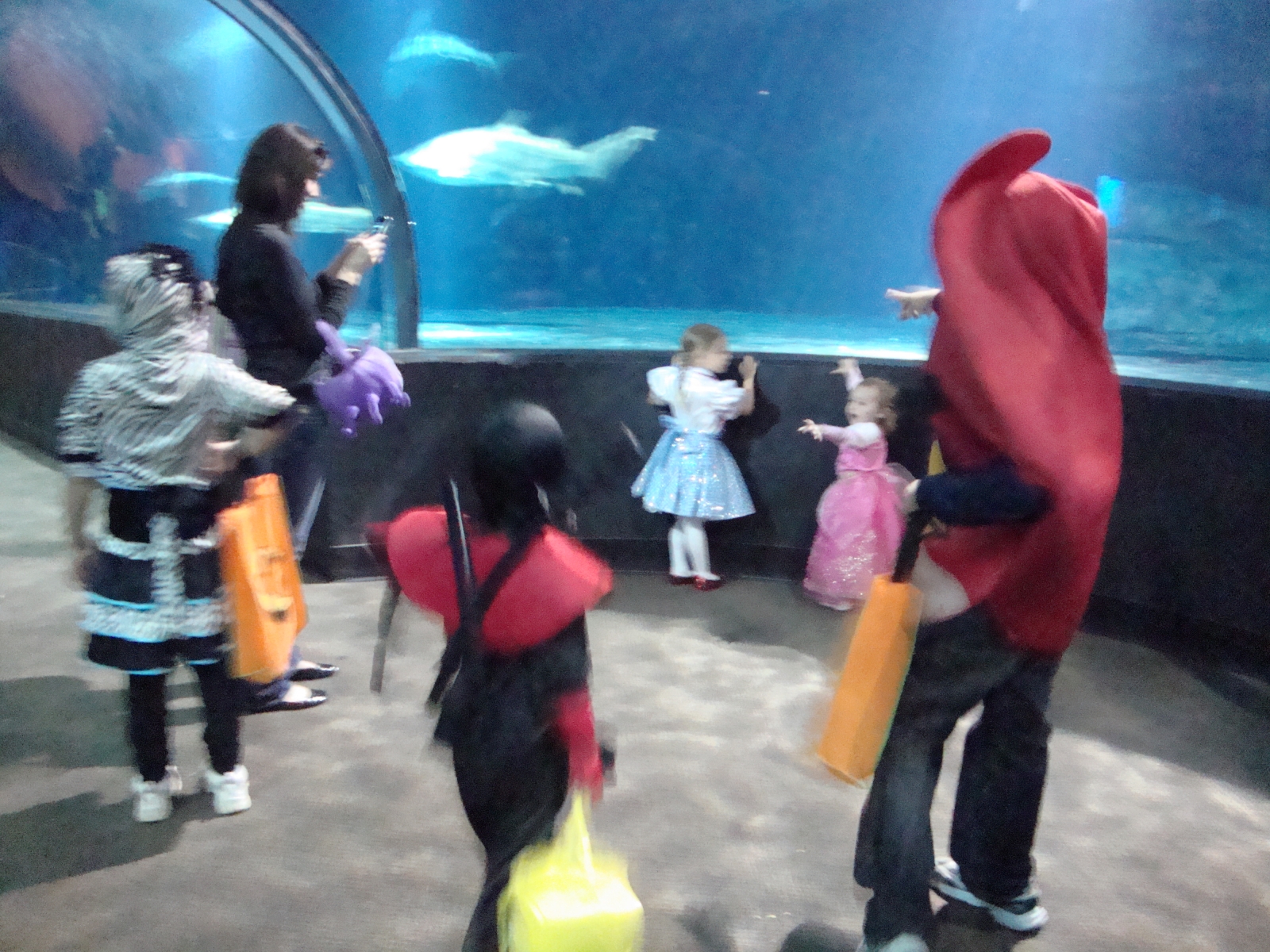 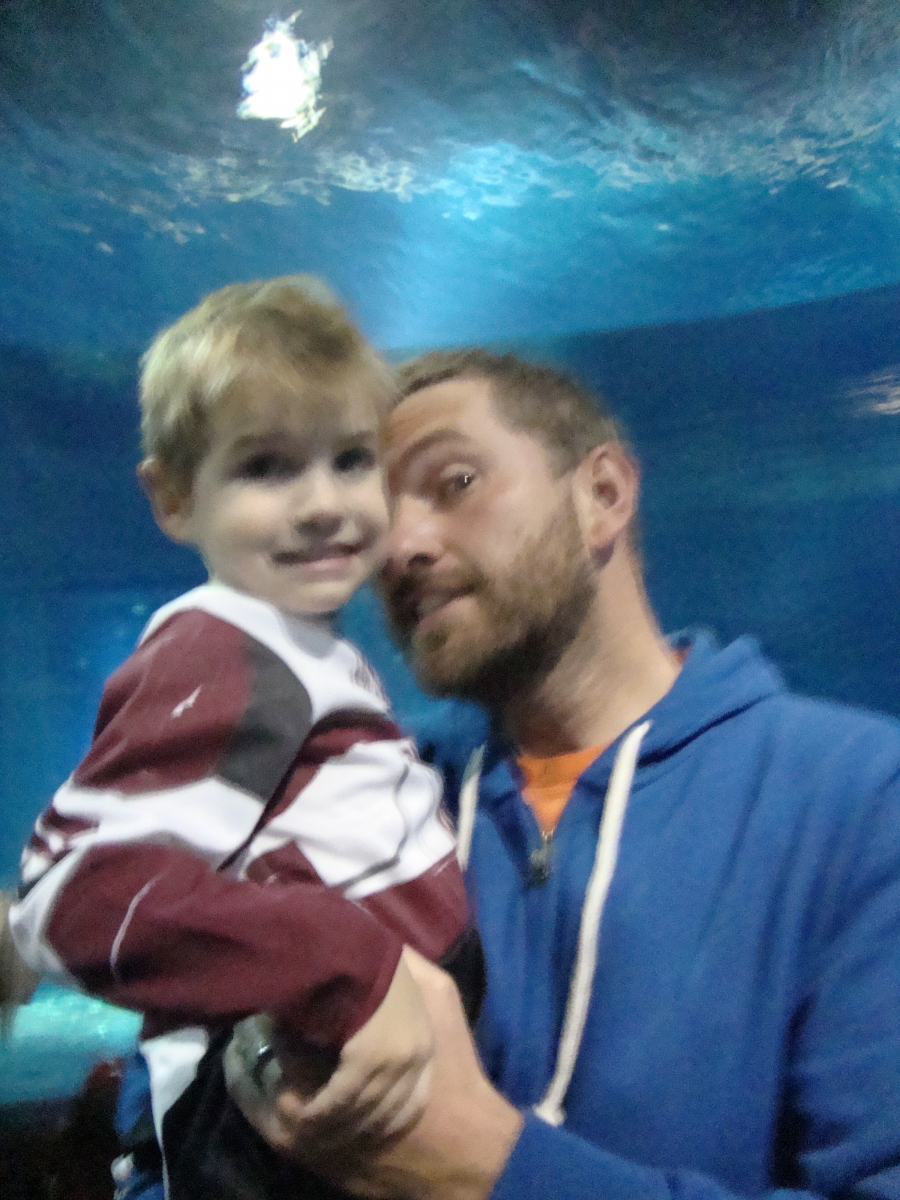 And who can resist a party pic in the shark diving cage?! We are so cool! 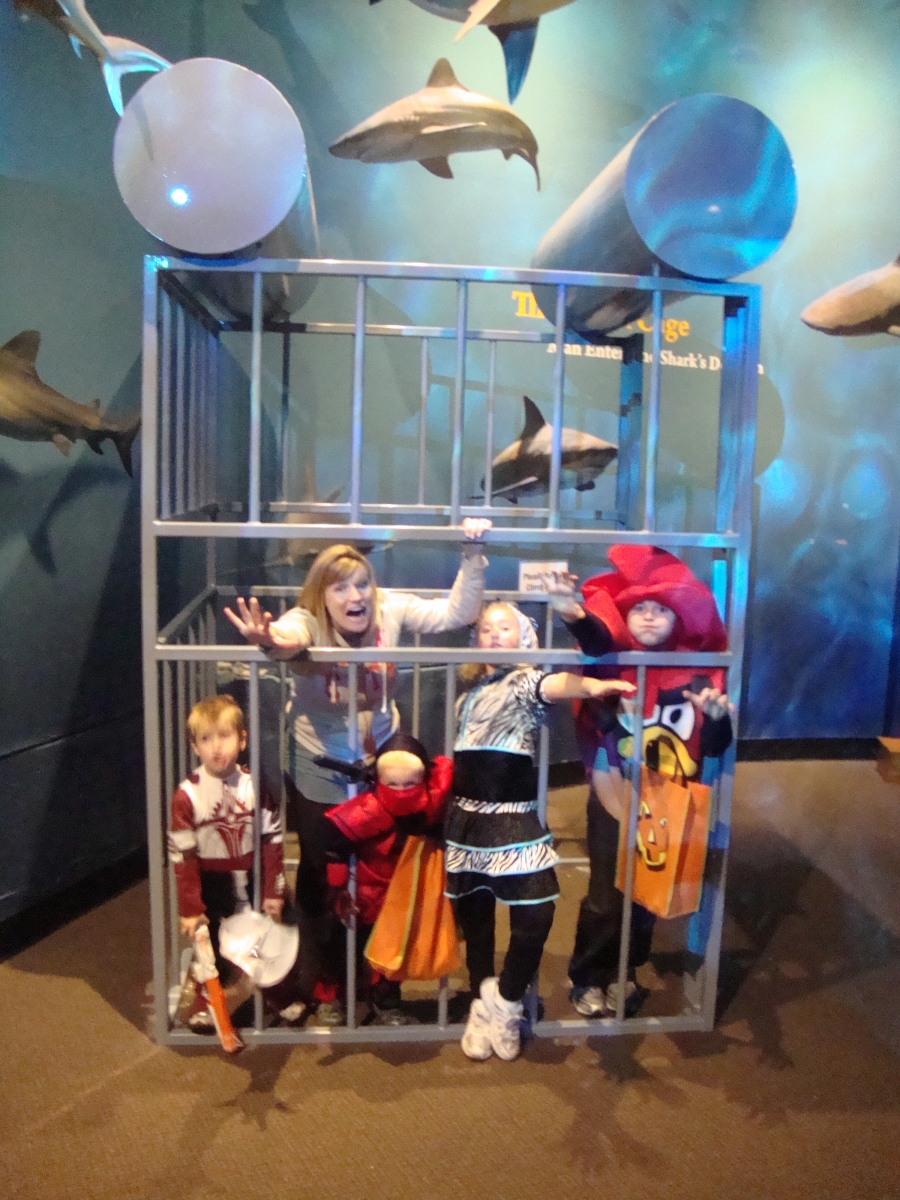 The whole party was complete with two pirate ship themed bounce houses. This was the smaller of the two, and only suitable for the littles. Take note of the classic shot of the parents holding all the kid junk while the kids play! We may or may not have stolen some of their candy as payment for our services! 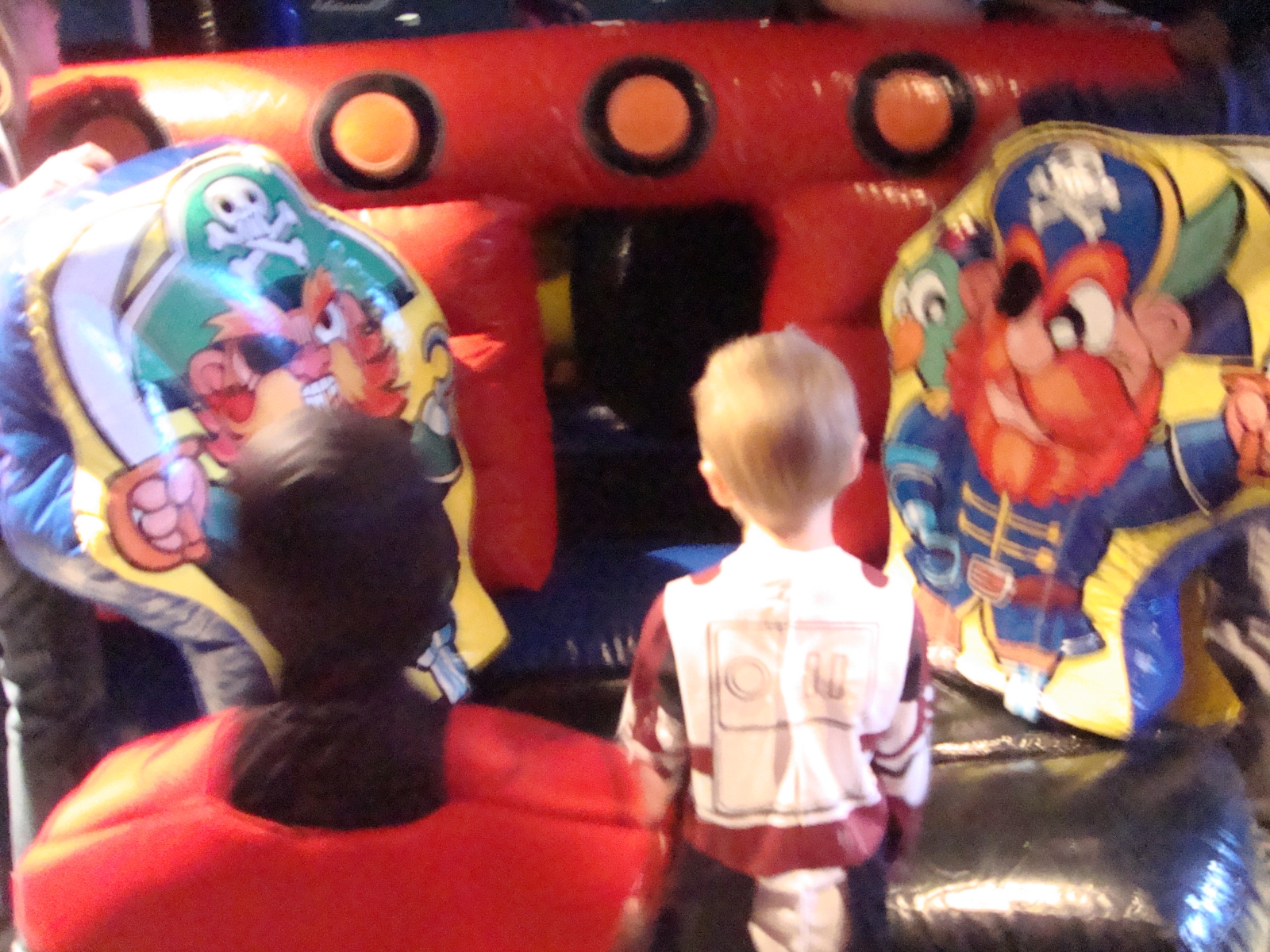 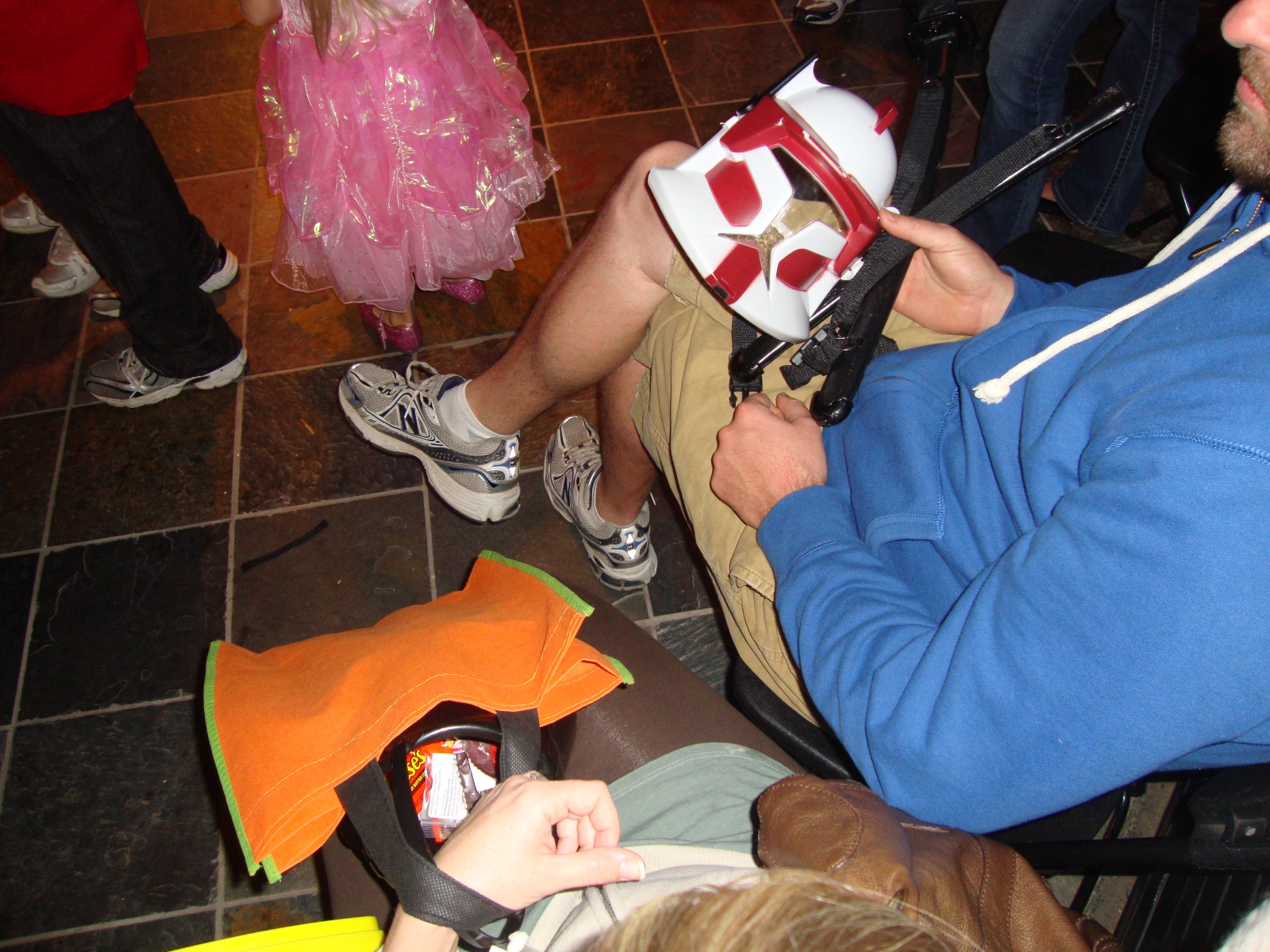 After hitting all the candy booths, we spent some time observing the turtles. Here’s a nice shot of my little clone trooper looking at each one! 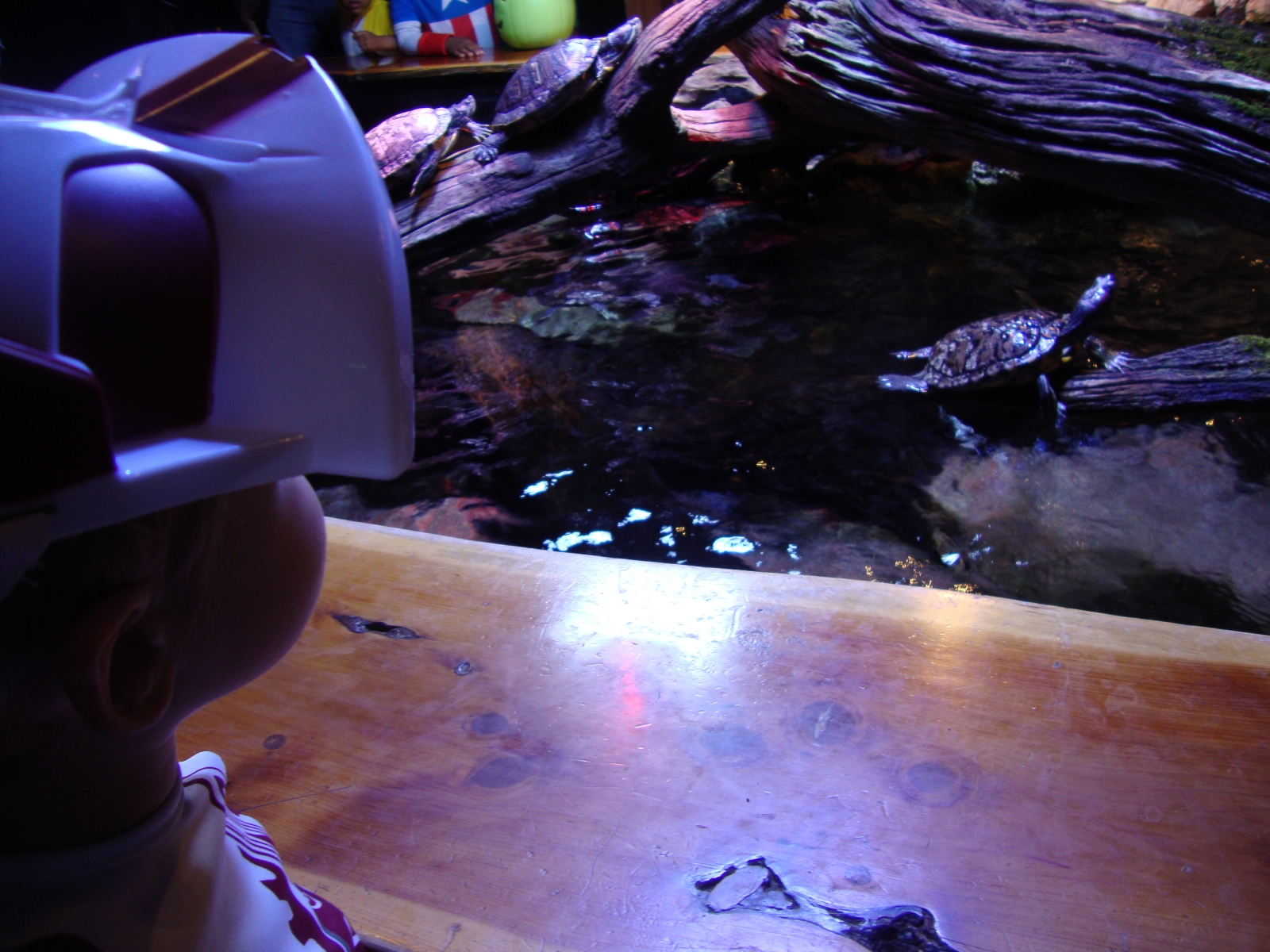 Is it any wonder with all my camera snapping that our kids love to pose? They insisted on posing with the two gorgeous [alligator] sculptures in front of the Aquarium. Now that I think of it, it may not be okay for them to climb all over them…but I didn’t see any ropes or signs warning against it, and I DID see plenty of other kids doing it…surely we’re in the clear right?!

It’s been a busy season so far this Fall, and while we had a ton of fun (and now have way too much candy), and I’m glad to wrap up Halloween for 2011. I must say I’m pretty excited to cruise on into November and start trying out some harvest recipes and snuggling up with my littles and bigs with hot cocoa by our fire pit in the back yard!