Toddler Independence: “I Do It.”

As parents, we ultimately want to raise smart, healthy and independent children. Children that will grow into confident individuals ready to take on the world around them. But, even with all this in mind, it still came as a shock to me the first time my daughter yanked the spoon out of my hand at dinner and yelled, “I do it!” Her confidence level was most certainly there. An entire bowl of cereal all over her face later, and she and I were both a little frustrated. It took a few weeks and a few tears, but she got the hang of it and has slowly conquered that motor skill one bite at a time. 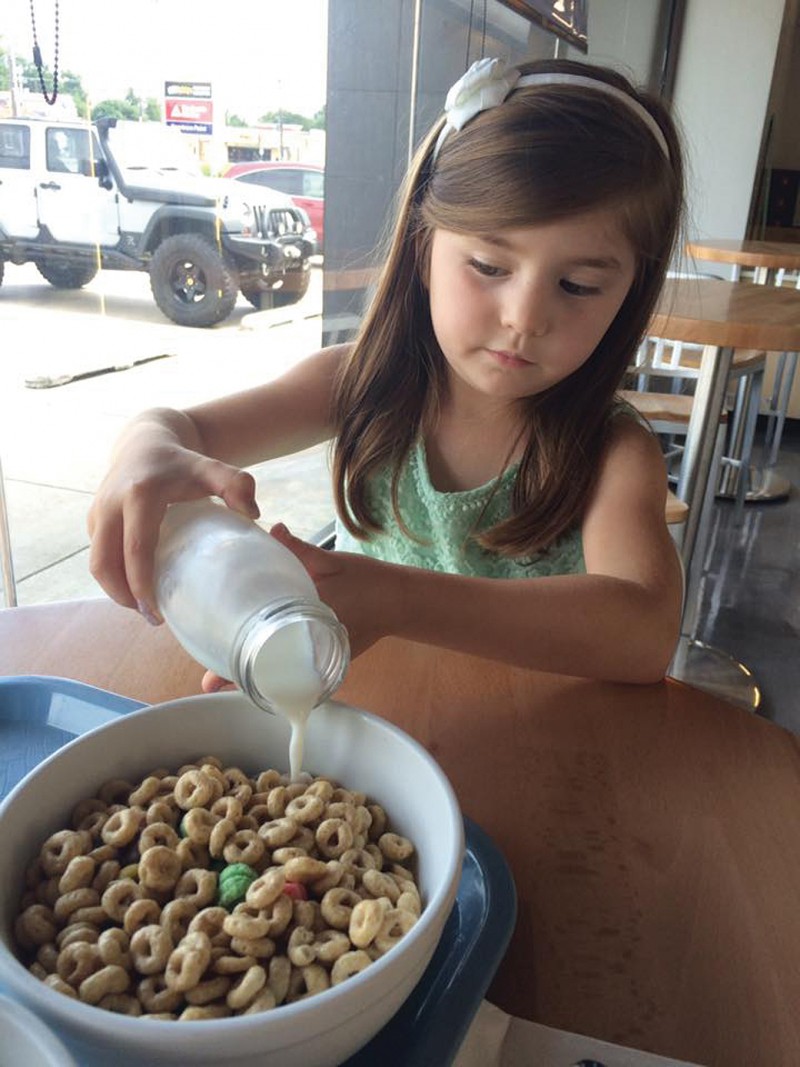 Today my daughter is a cereal-eating pro. However, her quest for independence has only expanded. I’d like to say the same for my patience level, but let’s be honest, watching her tediously dress herself only to realize that she had her pants on backwards and shoes on the wrong feet, was very difficult to do. Especially since it often added about 30 extra minutes to our morning routine, and that’s on a good day.

As frustrated as I would sometimes get with her independent outbursts, I had to remind myself that this was exactly what I wanted. I don’t want to have a child that I am still hand feeding at 15 or dressing for college each day. Overall, independence is a good thing, and a developmental rite of passage. But saving yourself from a mommy meltdown while your little angel is pouring her own milk “by herself” (all over the floor) is also a good thing. Below are some tips from other parents who’ve taken a few trips on the “I do it” train and survived.

Build in extra time for her extra efforts to keep the pressure off both of you. If you usually get up at 6 a.m., set the alarm for 5:30 a.m. We all love the extra sleep, but keeping the peace can be just as beneficial.

If your child is determined not to let you help them, try to slip in some subtle tips when you can. “I like to scoop my cereal with a spoon instead of a fork.” “It’s raining outside, I’m going to wear my boots.”

We can’t always allow children to try everything they want, but we can try to find acceptable substitutes. If he really wants to cuts his own food, give him a butter knife. She insists on dressing herself — buy elastic-waist jeans and Velcro shoes.

Give in When You Can

Stand your ground when it comes to flip-flops in February, but make peace with the crazy color and print combos. If she wants to dress herself, let her, as long as it’s reasonable. No parents are going to judge you for taking your daughter to the store wearing a T-shirt and tutu. We’ve all been there. And if they do, who cares, she’s learning to be her own person.

Perhaps the most important thing to remember is that just like anyone learning a new skill, your toddler needs practice to perfect it. Help them through their frustrations, celebrate their determination and pat yourself on the back for raising a confident, independent little person. 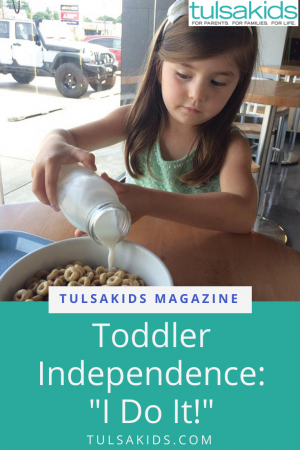 The Pros and Cons of Academic Allowance

Should children be paid for making good grades?