I’m old enough to remember the Apollo 11 launch and Buzz Aldrin and Neil Armstrong’s moonwalk. If you’re interested in seeing some of that footage and learning more about the future of space travel, NASA TV has a schedule of Apollo 11 50th anniversary programming. Specifically, you might want to watch on Saturday at 3 p.m. (CST) or at 9 p.m. (CST), when NASA TV will show the original Apollo 11 footage. Some of the other programming shows current and future space missions.

What I remember about NASA and the moon launch project was not only that everyone was riveted to the television on that day, but also how much the space program permeated everything in the years leading up to the actual launch. Talk about STEM! Space science was everywhere. Kids wanted to be astronauts when they grew up. My brother had an astronaut lunchbox. The Girl Scouts had a badge for constellations, I think. I remember looking at the stars with my mom. I think she took an astronomy class and would pull out her book as we looked up at the night sky. At one point, I thought I might want to be an astronomer. Looking at stars and planets through telescopes seemed to be a great way to spend time.

I’m sure there were some amazing technological advances due to the space program. We could probably credit NASA for our cell phones. I don’t know. I obviously did not become a scientist. I do, however, distinctly remember that Tang was the drink of the astronauts, and my memory is that is was touted as being healthier than real orange juice. If you google Tang, you’ll find that it was a languishing drink until John Glen took it on his Mercury flight in 1962. After that, Tang really took off! (excuse the pun). 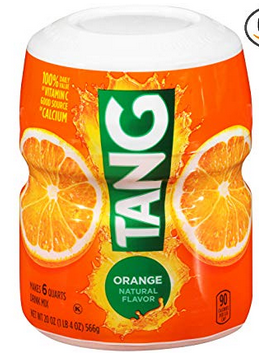 The space program also brought us Space Food Sticks, an astronaut-y snack that was supposed to provide super energy in between meals. The sticks came in flavors like peanut butter, chocolate and caramel. Evidently, you can still get them online, at the Smithsonian and at the Kennedy Space Center. I would bet that the energy in Tang and Space Food Sticks is probably mostly supplied by a high sugar content. 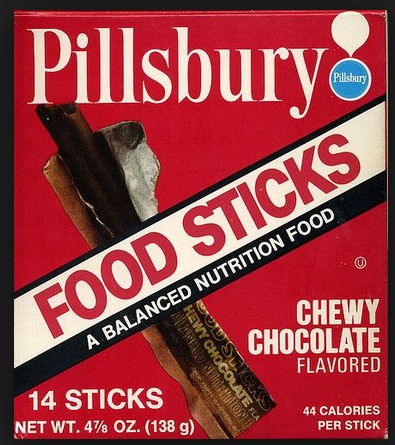 Yes, space permeated the U.S. culture back in the ‘60s, which was pretty cool. Science was cool. There wasn’t the anti-science, anti-intellectualism that permeates the culture today. We were all looking up to the stars rather than looking down at the mud at our feet.

Here’s an easy rocket that you can make with your kids with things you already have around the house. 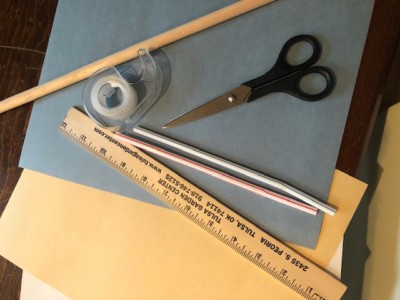 Cut a strip of paper approximately 2 inches by 9 inches. 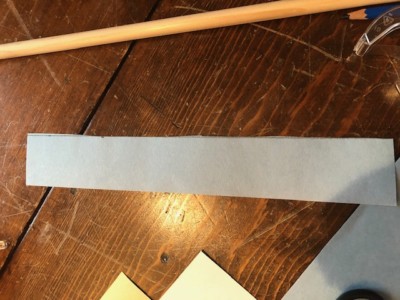 Wrap the strip around the pencil or dowel rod to make a cylinder. Secure with tape and take it off the pencil. Cut the ends so that they’re even. Pinch one tip closed, fold it over and tape. This is the top of the rocket. 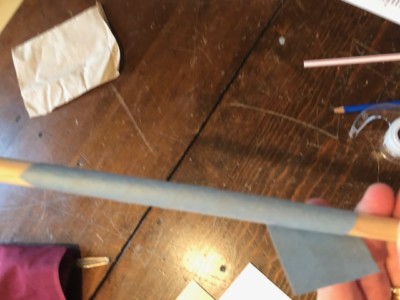 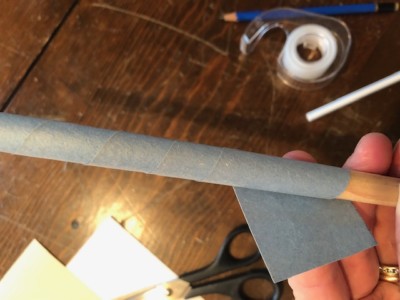 To make fins, cut a 2-in square of paper, fold in half. Draw fin outline and cut. Unfold paper and tape at the top and bottom to rocket. Repeat for fins on the other side. 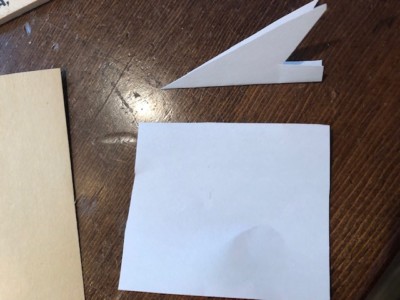 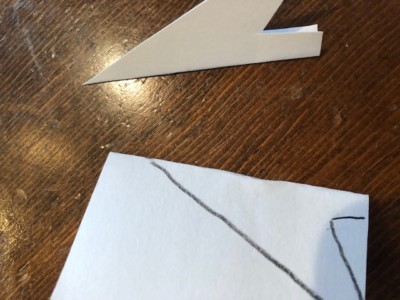 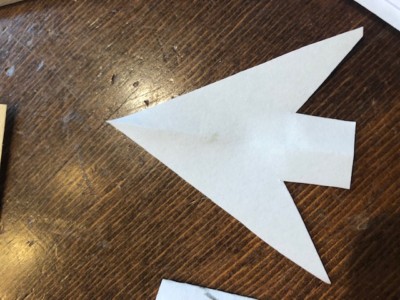 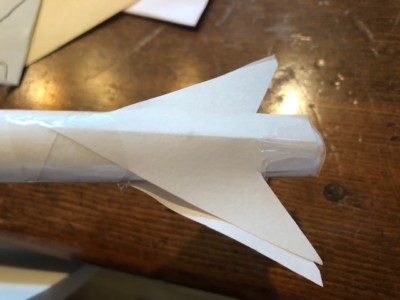 To launch, slide rocket onto straw and blow. 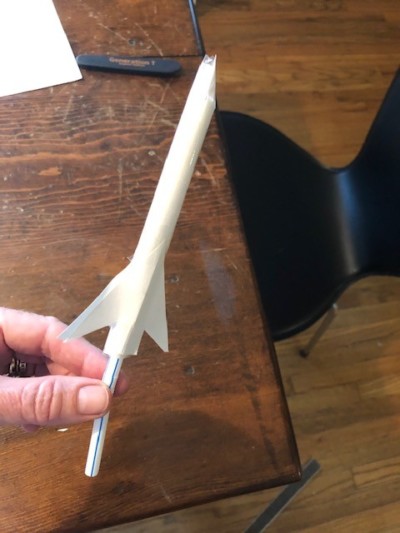 1. “Apollo 11: Man’s First Step Onto the Moon” at the Jenks Planetarium: Click here for a list of upcoming shows.

From Discovery Lab: “In The WorkShop, guests will learn about engineering concepts through the creation, testing, and re-building of space-ships, suits, and helmets. Help us create a giant, collaborative moon and plant your flag just like Neil and Buzz did so many years ago.

On Saturday and Sunday, July 20-21, Discovery Lab will have special activities to celebrate this momentous occasion. On Sunday, July 21, from 11:30-1 p.m. this will include creating canister rockets and launching them on the lawn as well as a rocket-themed demo. Please join us for fun that is out of this world!” 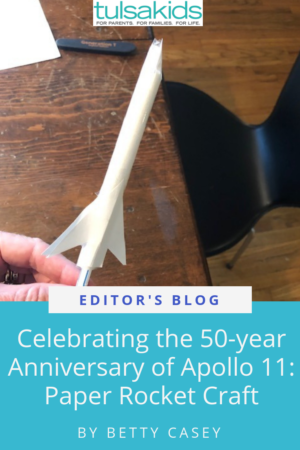