What humans can learn from watching an orca mourn.

Sometimes animal stories can illustrate human experience in the most simple, stripped down ways. Animals can help us connect to raw emotion without the overlay of economics or politics or an “us” vs. “them” mentality.

You may or may not have been following the story of the mother orca whale that gave birth to a calf that died. The grieving mother scooped up her dead calf as he began to sink into the water and has been carrying his body, pushing it with her nose, for two weeks now. https://people.com/pets/grieving-mother-orca-still-carrying-dead-calf-two-weeks/

Evidently this is a mourning ritual for orcas, but it’s unusual for it to go on this long. Scientists who are watching the mother orca are getting concerned because she can’t look for food and hold her baby’s body at the same time. They think the pod of orcas may be helping her by giving her food. And they take turns holding her calf for her.

We moms understand the orca mom in her grief. It would be unimaginable to lose a child.  Scientists are trying to figure out how to help the mother without upsetting the “connections between these animals…there are many species who do undertake this sort of behavior. They are very intelligent animals, and the loss of this animal is quite profound.”

When I read about the animal’s deep, biological connection, I couldn’t help comparing it to the human connection between mothers and children who are being separated at the border of the United States. How is it that we can live in a country where the administration finds it acceptable for mothers and young children to be separated, maybe never to find one another again? In moving on to another news cycle, have we forgotten these mothers and children?

We could learn a lot from the way orcas treat one another. 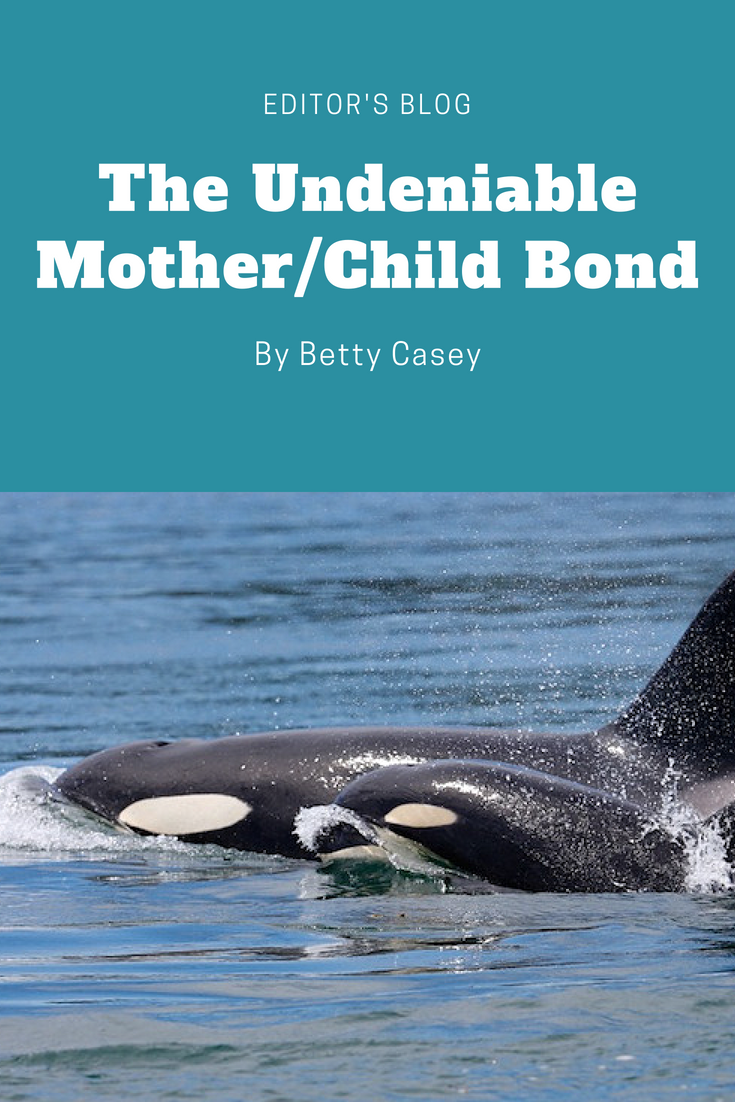