Last week I had the opportunity to see the screenings of two films, followed by panel discussions, at Circle Cinema. The documentaries were both about education. One was “Waiting for Superman,” which I addressed in my last blog; the other was “Race to Nowhere.”

The two documentaries came at the problems in education from opposite ends of the spectrum, which highlights one reason that education in America is such a complicated subject. “Waiting for Superman” follows several children who live in high poverty areas of Los Angeles and New York City. Their parents desperately want their children to get a good education, and the only hope for them is to get into a charter school. The film leads viewers to the conclusion that bad teachers are to blame for everything from crumbling school buildings to high school students ending up in prison. It seems the filmmaker wants us to believe that the only way to improve public education would be to give administrators the ability to get rid of “bad” teachers, to do away with teacher tenure (both of which would mean getting rid of teachers’ unions) and to create more charter schools.

The other documentary, “Race to Nowhere,” documents the problems that mid- to upper-income parents face when they, and the schools, put too much pressure on kids to achieve, without allowing them time discover who they are in the process. The over-scheduled, over-programmed kids were suffering from anxiety, depression and worse, while the well-meaning parents were trying to keep up with crazy schedules and hours of homework every night. At the panel discussion afterwards, a young mom asked how she could know which schools were good — she was looking at test scores, which was the only way she could figure out to compare schools. AAAAGHHGGHH. It’s one way. That’s a whole blog in itself. Would you readers like for me to get a school teacher/official to answer questions like that on a forum? Let me know in comments below.

Both films give good food for thought. They also point out that education isn’t a one-size-fits all proposition. And we can’t use a one-size-fits-all or one-test-fits-all approach to improving education for our kids.

First, do I believe there are bad teachers? Yes. I don’t, however, believe that most teachers are bad. Even the few good teachers interviewed in “Waiting for Superman” seemed confused and unable to do their jobs because they were surrounded by bad teachers. Oh, and once you get tenure, according to the film, evidently you become a bad teacher and spend your days reading magazines at your desk rather than teaching. And, the documentary would have us believe that tenured teachers also stop believing that kids can learn.

Again, that is certainly true of some teachers, and I do understand that going through a legal process to fire a teacher is frustrating for administrators, but does it have to be an either/or? We’re assuming that principals can always recognize a good teacher and that they have the time to do comprehensive evaluations of each teacher. Couldn’t we have better, more thorough evaluations (not just test scores, but comprehensive, time-consuming evaluations done by a team, maybe consisting of a master teacher, an administrator, a college professor, a child development professional, etc.) during teachers’ first three years, so they can either NOT get tenure, or get the support they need to become powerful, excellent teachers? But, wait, that would cost too much money.

I’m not against getting rid of bad teachers. Who is? But how do we identify bad teachers? By his or her class’s test scores? Do we really want teachers teaching to a test? And what test? Are we to assume that in every classroom in America, there will be no turnover of children in the classroom? That every child will go into every classroom at the same level, free from problems at home? Free from emotional and mental health problems? There are so many factors that enter into how a child tests on any given day, I honestly wish someone could explain to me how testing is a good way to evaluate a teacher. No Child Left Behind hasn’t been effective in that area. In fact, it has been so punitive to children who go to schools in low socio-economic areas that these children have been left behind at their “low performing schools,” which causes parents (and the public in general) to believe the misguided notion that poor kids can’t learn. 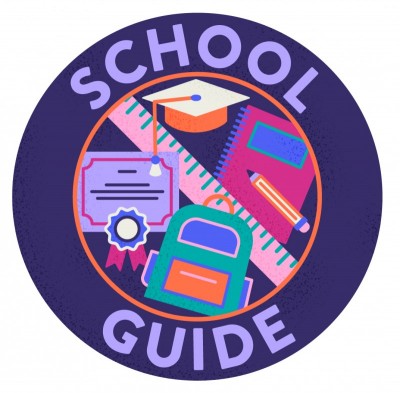 At the discussion after “Waiting for Superman,” State Superintendent Janet Barresi and the Rhode Island Superintendent (who happens to have grown up in Tulsa) made comments and answered questions. I commented that the depiction of the Harlem School, headed up by Geoffrey Canada, was held up as a model for success in an area of high poverty. It is a success, but the film left out a lot of information and led viewers to believe that is was just a regular, publicly funded school. That was misleading. The documentary didn’t show that the school received most of its funding from private, outside sources, not public money. The kids were protected as they walked to and from school. They had individual tutors available. They had free health care in the school. They had free social/counseling services. They had birth through college support. They had small classes. They had free extended school days and Saturday school. I don’t know this, but I would suspect that not every child in that neighborhood went to that school. Many were probably left behind.

In other words, that school had everything it needed within that community to be a successful school. It wasn’t successful just because it was a charter school. The other charter schools in the film were successful for the same reason. You can see that having all of these factors and services takes a lot of money. Some schools need to provide more accessible transportation for kids. Some schools need professionals who can work on the problems of truancy. Again, the money for these innovations doesn’t fall from the sky.

So, I pointed out these things to Superintendent Barresi, and I asked her how we can have true public school reform without more money. Her answer was that charter schools are publicly funded. I already knew that. But they have the same issues as regular public schools. Charter schools and public schools have to do fund-raising. Public schools in Tulsa are suffering from overcrowded classrooms. The head of Tulsa School of Arts and Sciences, the highly successful charter school in Tulsa, said that he had federal stimulus money last year, but now he is running 30% in the red. He said he needs more money.

Superintendent Barresi said that public schools don’t need more money. Schools are just “administration heavy” and that public schools are more then adequately funded. She said we just need to use the money more efficiently and “believe that our kids can learn.” I believe that kids can learn. I think most people do. How many decades do we have to hear the same platitudes before we actually get reform?

What do schools need? I think it’s complicated, and I do think under-performing schools are most often in areas of poverty because many of the problems associated with poverty create under-performing students. Kids who have difficulties at home don’t do as well in school as other children. Kids whose parents simply don’t get them to school don’t do well. Kids who aren’t read to or nurtured from birth don’t do as well as those who are. Children who are hungry can’t learn. Children under stress can’t learn as effectively. Children who don’t get enough sleep can’t learn effectively. Children with mental or emotional problems that are untreated have difficulty in school.

Superintendent Barresi also pointed out to me that teachers could be more “enterprising.” She said teachers could write grants to improve their classrooms. OK. I know some teachers who write grants. One high school teacher I know has written grants, begged for money and managed to scrape together enough to bring a couple of renowned authors to speak to her English classes. Great. That enriched her classroom briefly, but it didn’t make her class size smaller so she could be more innovative every day. It didn’t give her back her nights and weekends that are devoted to grading essays, tutoring her students and writing college admissions letters. It didn’t give her the mental health services at the school so that she could refer the anorexic student and the young man who threatened suicide to them for immediate help. It didn’t give her the in-house tutor who could take a student who was under-performing out of the classroom for individual help.

So, if we really want to improve schools, “Waiting for Superman” gives us some great suggestions. We need to make ALL schools more “charter-like” like the ones in the film. Let’s put our money where our mouth is so that every child really can succeed. Here are a few things on my wish list:

This is just a list off the top of my head. I agree with Superintendent Barresi that great, innovative teachers are critical to a child’s success. Most teachers are doing a fabulous job. Just think what they could do if we gave them all of the money and services provided to Geoffrey Canada’s charter school in Harlem?