Some days just have a strange symmetry to them, and yesterday was one of those days for me. It began with a short interview I happened to catch on “Morning Joe” about two men who are figuring out ways to spread venture capitalist dollars beyond New York, Massachusetts and California, where investments are heavily concentrated. Who knows? Maybe Oklahoma, often unfairly and unfortunately referred to as a “fly-over” state, could be primed to receive some investment money.

Steve Case, co-founder of AOL and co-founder of Revolution, a Washington, D.C. investment firm, and J.D. Vance, a venture capitalist and author of Hillbilly Elegy, who has joined Revolution have started an initiative called “Rise of the Rest” to bring dollars to upcoming technology companies in smaller cities outside the tech-hubs – maybe cities like Tulsa.

I ended my day with the privilege of being one of the judges for the K-12 StartUp Series. The field of entries had been whittled down to six young entrepreneurs or entrepreneur groups who made their pitches in front of three judges at 36° North last night. I found myself wishing that Mr. Case and Mr. Vance could have been sitting beside me to hear these great ideas.

Before I tell you who the winner was, I just want to say that everyone was a winner. It was such a difficult decision, and I wanted to give the award to every young finalist.

There was the group of young men from Union High School who wanted to use new solar cell technology to charge cell phones. They came up with the idea when, during their research, they found that, while many people in Africa have and depend upon cell phones, they often lack electricity to charge them.

There was the young woman that many of you know as Chef Remmi who had the idea of bringing fresh food to families’ doorsteps with recipes and tips for cooking healthy meals with kids. 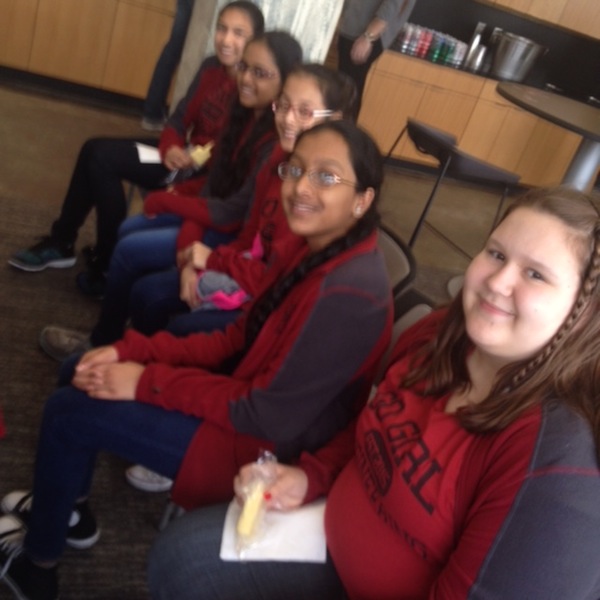 And there was the group of Union seventh-grade girl engineering students who came up with the idea of an app that would connect people with household giveaways and discards to charities who need them.

And, I have to give kudos to the delightful seven-year-old girl whose invention was a portable holder for electronic devices so that they could be more easily and comfortably viewed.

There was also a young woman from Booker T. Washington High School who wanted to bring an app to her school that would not only connect the high school community, but also serve as sort of a swap/free market for students, and a way to help the school foundation raise money.

All worthy of winning, but one person ended up at the top of the list: 16-year-old Jaelyn Jackson, a sophomore at Charles Page High School in Sand Springs, who envisions adding pace-setting and timing technology to a drone so that runners can improve their speed. He hopes that the idea can be expanded to other sports as well. 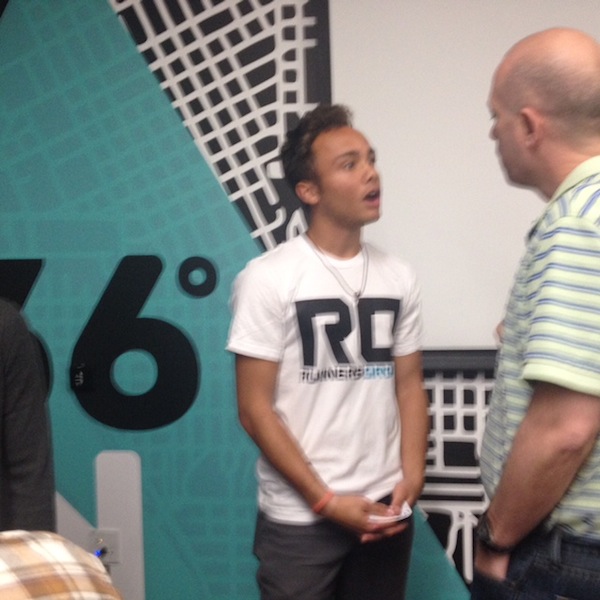 As the winner, Jaelyn will receive $2,500 to use toward the Runners Drone development, a three-month membership to 36° North, a spot in the Venture Assessment Program at i2e and a mentor for three months.

The StartUp Series, which also includes an adult version, is sponsored by the Lobeck Taylor Family Foundation, Cox Media, Cox Business and the Riata Center for Entrepreneurship at OSU.

It was an honor to serve as a judge. If Oklahoma can keep these bright young minds here, supported and encouraged with innovative programs such as the StartUp Series, then we will no longer be a technological fly-over state, but a real competitor for those investment dollars.