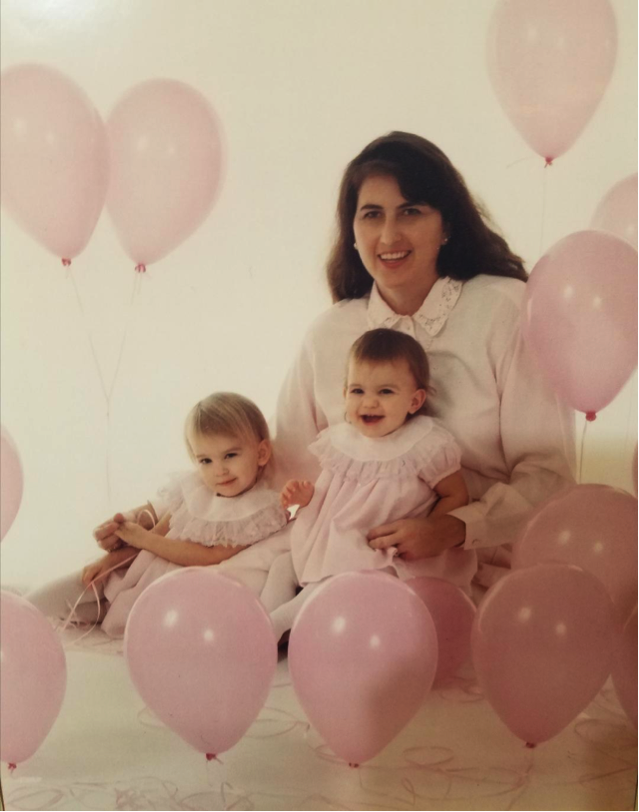 A perfect mother-daughters moment frozen in time, but the chaos that preceded this photograph was epic!

When I was deep in the trenches of parenting, Mother’s Day was an important day for me–a sacred holiday. Being a single mother to young children was like marathon swimming in shark-infested waters. I love the ocean, I loved mothering, but it was full of rolling, exhausting waves, and once in a while I needed to take a long-awaited deep breath and sit on the beach for a minute!  Mother’s Day was like my finisher’s medal, a much-needed recognition of a job well done, or at least done, before being thrown back in the turbulent waters.

Even though my ex-husband and I divorced when our daughters were very young, still toddlers, he always took them shopping and made sure I had gifts and cards for Mother’s Day. More important than the actual gifts was the acknowledgement of my parenting efforts, his expression of respect for me being the mother to his children despite the demise of our marriage (divorced dads take note). My ex-husband excelled at gift-giving, and I appreciated the nice presents he helped our kids buy, but they couldn’t compete with the treasures my kids brought home from pre-school.  I loved all the sweet homemade gifts my daughters made, and I marvel at the patience and creativity pre-school teachers possess. I hope they realize their Mother’s Day creations are cherished for decades! 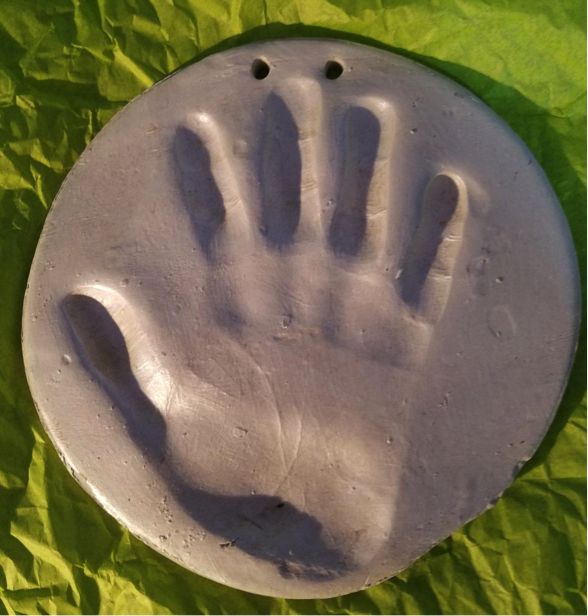 I don’t know how pre-school teachers manage to do crafts with little ones, but they are very appreciated, even thirty years later!

As my daughters became pre-teens and no longer needed assistance with Mother’s Day gifts, they often asked me what I wanted, and my answer was always the same: a letter. Words have always been important to me, my chosen language of love, and my daughters were eloquent in their “happy tears”-provoking letters. Perhaps they were only telling me what they knew I wanted to hear, but I can live with that; in fact, I whole-heartedly embrace it! These Mother’s Day letters, especially the ones written during their college years when absence had made their hearts grow fonder, have become my most treasured possessions. In their Mother’s Day missives, they gave me one of the greatest gifts, the gift of grace. Every parent makes mistakes, but my daughters know my intentions were always for the best, and they choose to focus on the good times and my unconditional love for them. Forget the jewelry, if there’s a fire I’m saving my Mother’s Day letters! It may all sound a little narcissistic, but good parenting is hard work; even mediocre parenting is tough some days, and words of love from my children are better than a blue box from Tiffany’s! 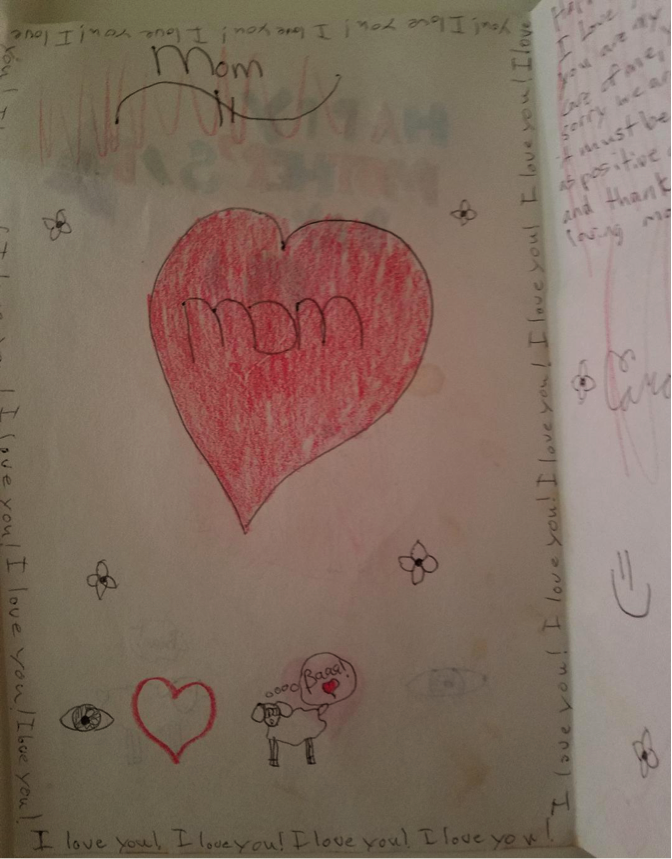 One of my first Mother’s Day letters, full of kind words, illustrations and lots of “I love yous”! I have an entire collection from my daughters, my most valuable possessions!

My daughters are now in their early thirties, living independent lives, but fortunately they’ve chosen to return to Tulsa in their post-college days. Our role reversal has happened sooner than I thought it would.  I call them to ask advice about what to wear, they act as my unpaid tech support, and pet-sit my fur babies frequently. When I travel, they worry about me and want me to check in with them to make sure I’m safe. They think I do too many crazy activities and warn me about the dangers of sharks when I go to compete in open water swim competitions and question why I still feel the need to do triathlons. I listen patiently but then go on and do whatever I want. In a switching roles scenario reminiscent of too many movies, I’m now the teenager engaging in risky behavior, and they are the ones at home fretting. Total justice!

But then, just as I think my active mothering days are in the past, I have a day where I’m called out of retirement.  One day a few weeks ago, both of my daughters, at separate times of the day, dropped by to ask if I could braid their hair. This may seem silly or unimportant, but for the three of us, braiding hair brings back many memories of time spent together in daily rituals. Both of my daughters had waist-long hair for most of their childhoods, and part of our nightly ritual was post-bath hair braiding. They would sit on my bed, and I would carefully comb out their hair and then French braid it into two long braids. We had great talks as we went through our nightly braiding sessions, and although there was an occasional yelp when I hit a tangle, they enjoyed having the hair done. My daughters rarely need me these days, but when I got called into active duty to do their hair, both in one day, I felt honored and lucky to still occasionally play that role with my adult daughters. Maybe there isn’t such a thing as a fully retired mother? 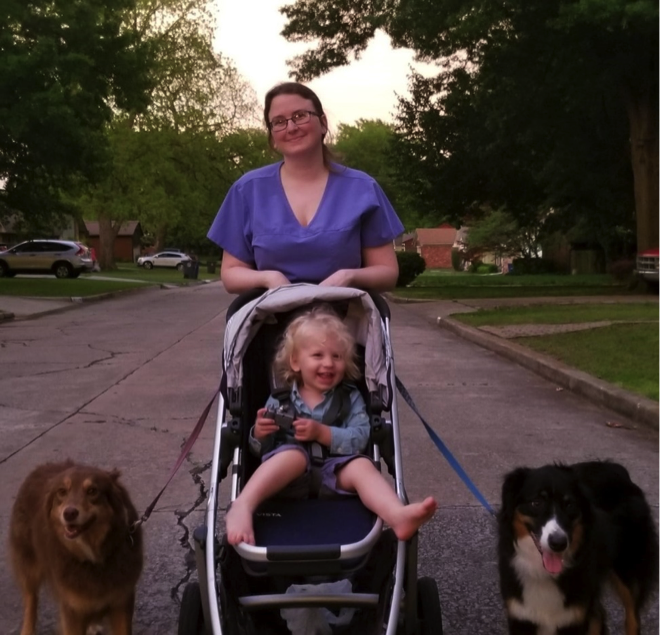 Mother’s Day is now about my daughter!

I have been promoted to the best kind of mother, the grandmother! Stepping into this role means passing the torch of Mother’s Day on to my daughter. I love watching her parent her child, my grandlove. She is doing a remarkable job and deserves all the presents, cards, words of praise, breakfast in bed, and whatever goodies Mother’s Day may bring. I will take this as an opportunity to shamelessly hint though, if I did get a letter for Mother’s Day, it wouldn’t be returned to sender! Happy Mother’s Day! 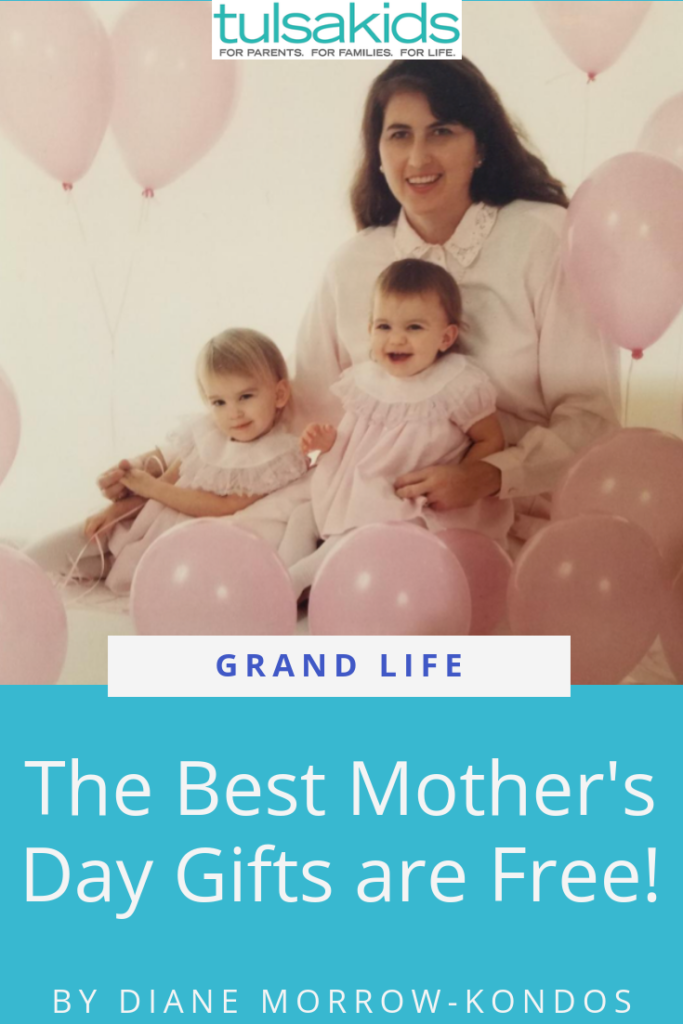