Space exploration sparks the imagination, igniting dreams of discoveries literally beyond this world. The students at Summit Christian Academy in Tulsa are following that dream, as two groups earned the opportunity to send their experiments to the stars. 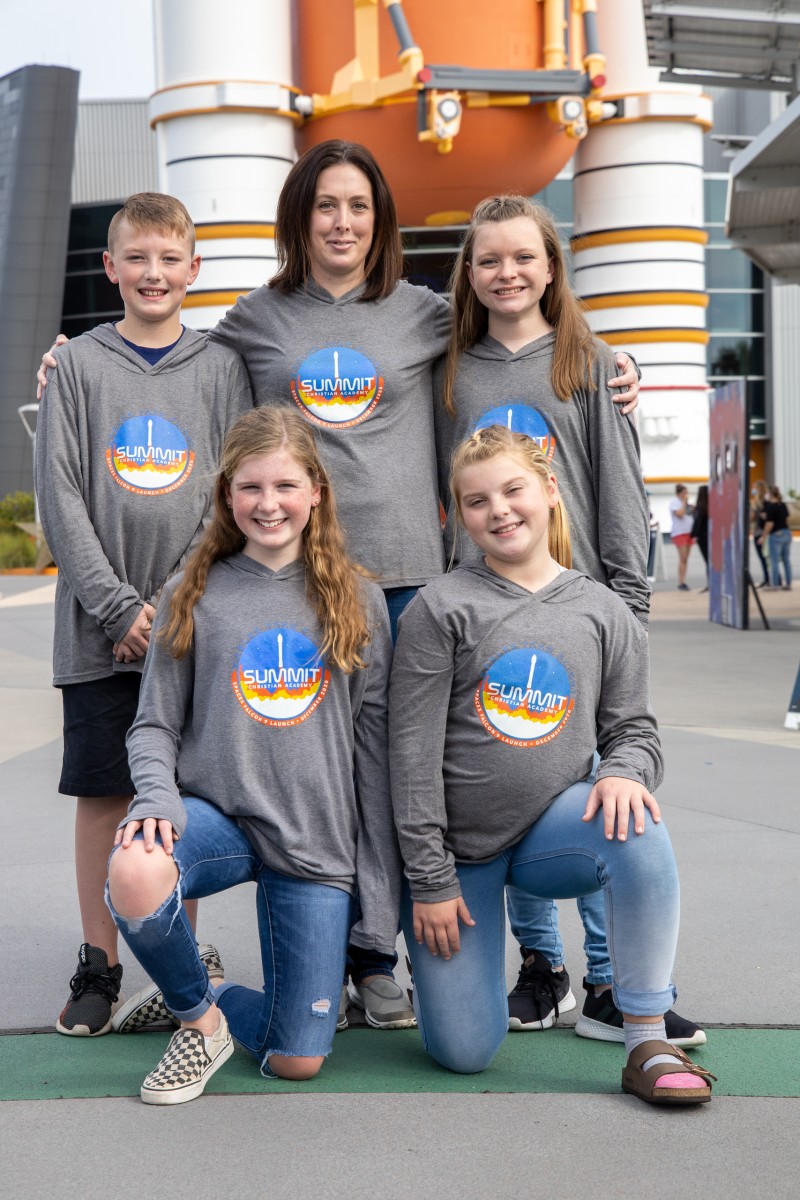 In October of 2019, eight teams of Summit students competed in the Tulsa Research Kids DreamUp competition. Each group conducted space-based research and presented an experiment proposal to a panel of judges.

“When it came to these projects, I encouraged the kids to dream big,” said Stephanie Bradley, Summit’s STEAM and Enrichment Instructor. “Think about traveling to Mars or staying on the moon – what can we do to help further that?”

Ultimately, this statewide, K-12 competition awarded three teams. One victory went to Jenks, while the other two went to Summit.

“I was thrilled to see these kinds of results,” Bradley said. “Even so, when I saw that we had won two of the three spots, I was like ‘does that look OK?’”

One of the Summit students’ winning projects was Wear-Flex, a synthetic compound designed to make flexible rubber. Led by middle-schoolers Addison Taylor and Mayzie Burke, this experiment aims to determine whether this substance will be able to fix damage caused by space debris in microgravity. According to Bradley, the compound is already used to fix flat tires on Earth, so the students hope to replicate the product’s earthly capabilities in space.

“I’m just so proud of them for all of the confidence they have gained,” said Chanda Taylor, Addison’s mother. “If all goes well, we’re kind of hoping we’ll be able to sell Wear-Flex to NASA. Those guys need this!”

Summit’s second claim to space-faring fame centered on sea monkeys, otherwise known as brine shrimp. Headed by elementary students Stryker Ashworth and Ainsley Rose, this project investigated whether sea monkeys would grow at a different rate in microgravity. They are an abundant source of nutrition for fish – fish that will, in turn, be used as food for the astronauts.

Winning the competition itself was only the beginning of the young scientists’ journey. Throughout the past year, the students worked remotely with a NASA representative to prepare their mix stick, a three-chambered test tube used for experiments in space.

Upon preparation, the projects were shipped to NASA’s Kennedy Space Center. They were then loaded into the SpaceX Falcon 9, which carried the experiments to the International Space Station, where astronauts will carry out the experiment.

Bradley, the two teams and their parents were invited to witness Falcon 9’s launch firsthand this past December.

“This was my first time visiting the Kennedy Space Center, and it’s just such an amazing place,” Bradley said. “The announcer there brought the students on stage and interviewed them in front of everyone.”

After the launch, the group toured the center itself.

“We got to visit a rocket park and an IMAX theater presentation about the Apollo mission,” Rose said. “It was such a cool look at the history of space travel.”

With ambitious projects such as these, the full impact of the journey often doesn’t hit us until we reach its conclusion.

“When we got to the end of it all, I realized just how much work we had put into it, so it was great to see it pay off,” Rose said. “I’m most proud of the fact that I stuck with it. I’ll sometimes give up on things because they’re too hard, so just the fact that I did it without giving up made me so happy.”

It’s worth noting, too, that these experiments were originally set for launch in the summer of 2020. However, the ongoing COVID-19 pandemic made the process a much more harrowing experience than it otherwise would’ve been.

“I’m just so impressed by the perseverance they showed as a team,” Bradley said. “Collectively, it took us more than a year to see this to the finish line. Even after the launch was pushed beyond the summer and into September, that became October. Then October became November, and November became December. The fact that we had to manage all of this during a pandemic – that we still saw it through and enjoyed this kind of success is so gratifying.” 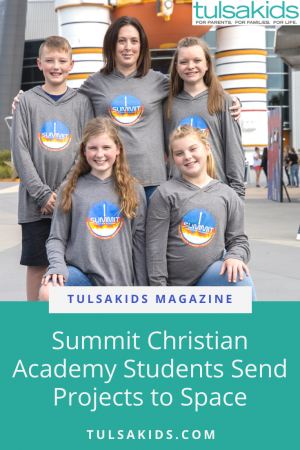