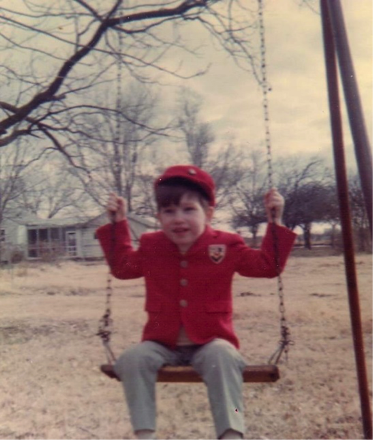 My brother at three years old

When a family receives a diagnosis that includes intellectual disabilities, dealing with the news can be a difficult process. Whether it’s discovered during pre-natal tests, at birth, or as in my family’s case, when the child is older, there is often a period of grief. The vision of what was expected has to be let go to be replaced with a new reality. Some see it as a blessing, some see it as a challenge, and some see it as a burden.

Families cope and adjust in different ways, yet there seems to be a pattern of grief. This model of the stages of grief, developed by Elizabeth Kubler-Ross in 1969, is most often used in the area of death and dying, but I realized my family went through the same steps in grieving the loss of what we expected. In many ways, my brother’s diagnosis was the death of a dream. Instead of raising the “normal” child who was eagerly anticipated, the long-awaited boy to complete our family after three female children, we faced a much more complicated path. Using Kubler-Ross’s model of grief, this is how my family coped with my brother’s disabilities.

My brother’s “normal” appearance and the delay in diagnosis let us stay in denial longer than most. It was a slow road to acceptance. My mother was the first to realize my brother was having significant delays in his development and sought help from the doctors. The doctors continued to assure her he was fine, placating her with reassurances that boys develop slower than girls. My mother’s instinct told her something was wrong but it wasn’t until my brother was three when a doctor finally gave her the diagnosis of “mental retardation” (the term used in the ’60s).

The doctor’s reluctance to give a diagnosis allowed my father to remain in denial. He stayed in the denial stage for most of his life, and although he sometimes traversed into the other stages of grief, he always returned to the comfort of denial.

Perhaps because she came from an era where there was shame associated with intellectual disabilities, my grandmother refused to ever believe my brother’s diagnosis. She said he was being spoiled and merely needed my parents to discipline him better. It was easier to remain in denial when my brother was young and the space between the expected milestones and his actual developmental was not as big. As the gap went from a small creek to a raging river, denial became more difficult.

In this stage it’s common to ask questions – why did this happen to our family, are we being punished, why do they have a “normal” child and we don’t?! This stage can be dangerous terrain as couples sometimes seek to blame one another for the child’s disability. My father accused my mother of not breastfeeding long enough and therefore causing my brother’s problems. She blamed herself for having x-rays for back pain and for having a bad bout of the flu during her pregnancy. My mother’s anger was turned inward, eventually becoming depression.

Most of the time in my family, the anger was misdirected towards other issues. As a sibling, I took on the role as a compliant, easy child, but inside I went through many years of unexpressed anger and resentment. In my childish naiveté, I desperately wished I could have a normal family like all my friends, not knowing there isn’t such a thing except in fantasy.

Bargaining can also look like good parenting and in fact, it is often a blurry line. It’s the endless quest for a “cure.” My father would say ,“If only we could get a good speech therapist, David would be normal.” The “if onlys” extended for years and included special diets, oxygen therapies, and chiropractic care.

In my early teens, I tried my own bargaining with God, praying for hours, having healers lay their hands on him, and promising a level of devotion just short of the nunnery if He would only heal my brother.

Although either gender can experience depression, women are more susceptible. My mother went through years of depression fueled by guilt, worry, and isolation. She had no one to talk to since her husband and mother were both mired in the denial stage. In the ’60s and ’70s there was no internet to turn to for support groups or information.

I know she questioned herself: Was she somehow responsible for my brother’s problems? What was going to happen to him when she was gone? She experienced untreated depression and self-medicated with food. I handled this stage by retreating from my brother as we got older and his problems escalated, a luxury my parents didn’t have.

The child’s immediate need for care often jolts a person ahead to the acceptance phase. My mother saw that my brother was going to need care and special education, and it was up to her to take action. The very act of arranging education and therapies led her to an acceptance of my brother’s limitations. She fought on the front lines to get him what he needed.

Although I can’t speak for my father, I don’t think he ever fully entered the acceptance stage. Although he was an involved parent, he put most of the “heavy lifting” of my brother’s care on my mother’s plate. My complete acceptance was delayed until my parents’ deaths forced me to confront my emotions regarding my brother, and eventually I came to a place of acceptance. This is the situation, and to be my brother’s advocate, I must accept and deal with the realities.

Perhaps this isn’t an applicable model for every family, but my family seemed to follow the stages. Each family, and each person within a family, must find their own way to handle their emotions concerning their family member with intellectual disabilities. It’s important to acknowledge that it’s acceptable to have a full spectrum of feelings. I wish my family had the opportunity for counseling in dealing with my brother’s disabilities. The silence, never acknowledging reality to one another, rarely speaking openly about it, was unhealthy. Communication can be so healing and needs to involve all family members.

If you’re a family with an individual with special needs, I’d be interested to know if your family went through these stages of grief. 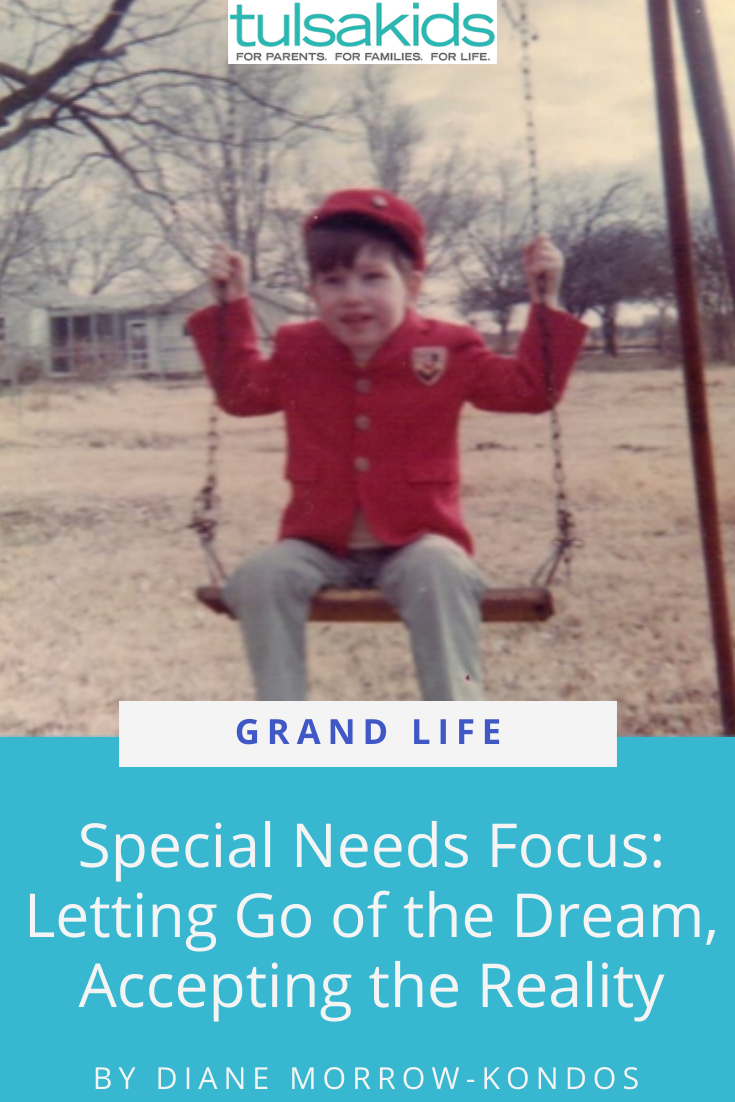