During these uncertain times, capture your kids’ curiosity with library resources

Curiosity in cats can be dangerous, or so the famous axiom tells us. Curiosity in kids is something different – an infinite resource to be encouraged and grown. When we support children’s natural desire to ask “Why?” or “What is that?”, we help them broaden their knowledge of the world and develop as independent thinkers and intellectual explorers.

Every month, children’s librarians and staff will focus on gathering and developing a variety of fun learning resources about one specific topic at a time, including reading lists, short videos, fun activities to do at home, and other learning resources.

We want to give kids a million different ways to get curious about interesting topics so they will want to learn (and of course read) even more.

September’s topic was Dig Into Archaeology.

October’s is Where in the World is Buddy Bookworm?/Maps & Continents.

December is Wolves in Fact and Fiction.

One resource that parents may not know about is the library’s deep database collection (www.tulsalibrary.org/research/databases) where you and your child can find short and interesting articles from a variety of magazines and other periodicals.

As part of Kids Read Curious World, every month we find the best articles in our databases about each topic and give you a taste of each article, which we hope will awaken your child’s curiosity (and maybe your own!) to learn more by either finding the full article in our database or checking out related books.

Here’s one example, from September’s Kids Read Curious World, of an article about Vikings and the use of something called “space archaeology.” 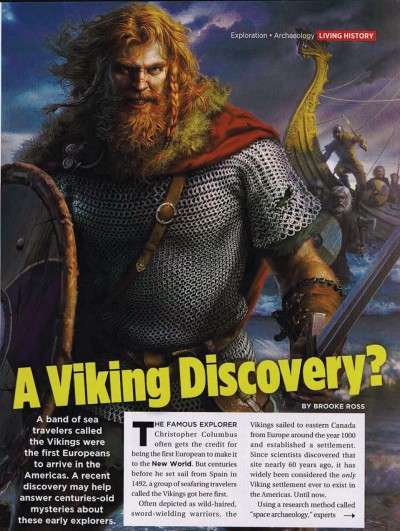 “A band of sea travelers called the Vikings were the first Europeans to arrive in the Americas. A recent discovery may help answer age-old mysteries about these early explorers.”

In the 1960s, archaeologists found evidence that Vikings came to eastern Canada around the 1100s. (That was a long time ago!)

But thanks to some pretty sophisticated science, they found new proof that they were also much further west in Canada.

How did they find this out? Something called “space archaeology”!

“By studying satellite images taken from cameras 400 miles above Earth, scientists have uncovered ancient structures and settlements all over the world. Space archaeologists look for variations in landscape, including discolored soil and changes in vegetation. These variations often indicate the presence of human-made structures from the past.”

In the past, space archaeologists had learned more about ancient groups in Egypt, but they didn’t think they would find Vikings, too! 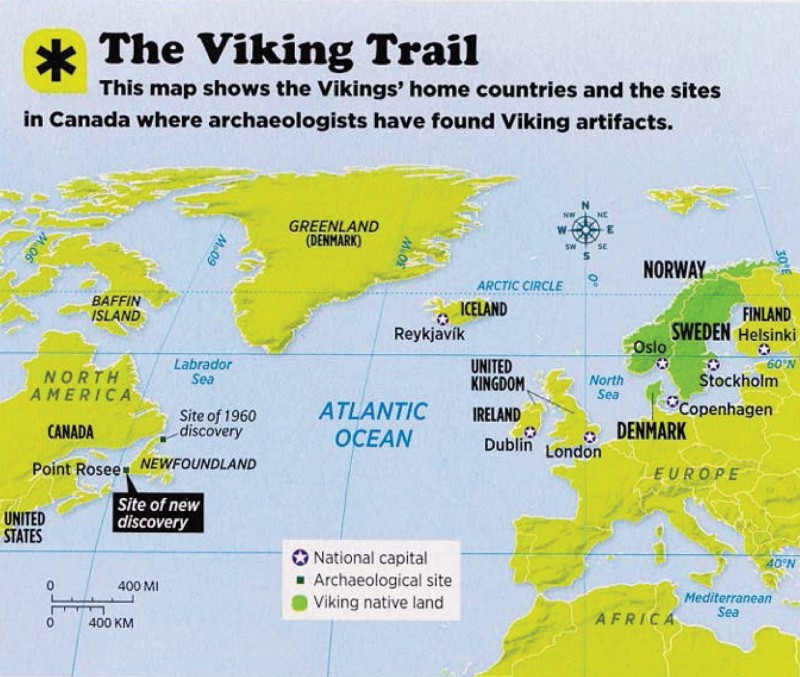 Looking at satellite images of Canada, they saw “dark spots and straight lines, which hinted that human-made structures might be buried underneath.”

That’s when the archaeologists started to dig!

“They have unearthed several artifacts they think may have belonged to the Vikings, including a stone hearth – or fireplace – and mangled scraps of heated iron. (Melting iron was one way that Vikings produced nails to build their ships.)”

They don’t know yet what it all means, just that it will take a long time and more digging.

“ ‘This is going to take years of careful excavation,’ [archaeologist Sarah Parcak] said. ‘It raises a lot more questions than it answers. But that’s what any new discovery is supposed to do.’” 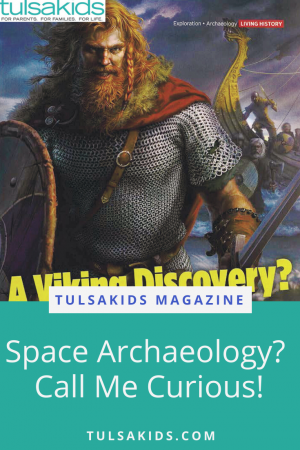