Editor’s Note: TPS invites community input on what to do about the budget at meetings at these locations: http://www.tulsaschools.org/about/teams/finance/budget/shaping-our-future/budget-redesign

On Monday (9/16), TPS held its Annual State of the District Address at its Regular Meeting with little fanfare and less public attention than such an event would seem to warrant; indeed, it passed with much less press than this imaginary budget crisis has generated.

I am not an alarmist and would reassure those frightened by the TPS Sky-Is-Falling Budget Crisis to read closely the external Fiscal Analysis [see entire summary at the end of this blog] done by a Washington, DC-based specialist in public school finance from the National Office of the American Federation of Teachers. According to the report, “Looking only at the unassigned portion [over $50 million] of the district’s fund balance for FY18, we find that the ratio of the unassigned balance to total expenditures was still 16.4%, well within the range of good financial health, and in keeping with the GFOA’s recommendation of two months in reserve.” I hope everyone noted the comment, “well within the range of good financial health”!

Additionally, the report reveals that TPS has an “Aa2 rating from Moody’s as of April 2019, a strong rating and higher than the national median (Aa3) for public school districts in the U.S.” How do the findings of this independent budget analysis comport with what TPS admin are telling the public? They don’t.

Recent encumbrances listed on the most recent agenda don’t appear to be the expenditures of a district in financial crisis. Why would TPS now encumber $18,000.00 on behalf of an administrator? With such a purportedly ailing budget, how does the District justify paying Piraino Consulting, Llc. hundreds of thousands of dollars to create videos? Or justify spending $1,203,629.00 from the general fund on the New Teacher Project, Inc. instead of allocating these funds to salaries for the retention of our veteran educators and bus drivers? How can TPS Board of Education members, in good conscience, vote to approve these encumbrances when schools could be closed as a result of consolidations? What proof is there that this budget crisis has been precipitated by legislative failings rather than local administrative ones?

We shouldn’t accept the false dichotomy of consolidate or bust, nickel-and-dime employees or go broke. The more we play along with this district redesign masquerading as a budget crisis, the more fuel we feed into the chaos machine on South New Haven Avenue. Now is the time to ask our questions and not to be satisfied with meaningless buzzwords in lieu of concrete answers. Now is the time to tell our board members – both elected and appointed – that we need more than the dubious administrative statements on the health of our district budget. Sometimes, it seems as if this is a public school district made sick by Munchausen-By-Proxy Policies inflicted by the Superintendent, other administrators, and approved of by the Board of Education.  We owe it to our kids, our neighbors, teachers, support staff, fellow taxpayers and ourselves to counter the Chicken Little alarmism of the Superintendent (whose contract is up this month). We still have time to change course – TPS doesn’t have to be the titanic failure that Gist’s Destination Excellence is proving to be.

A few more highlights from the aforementioned report: 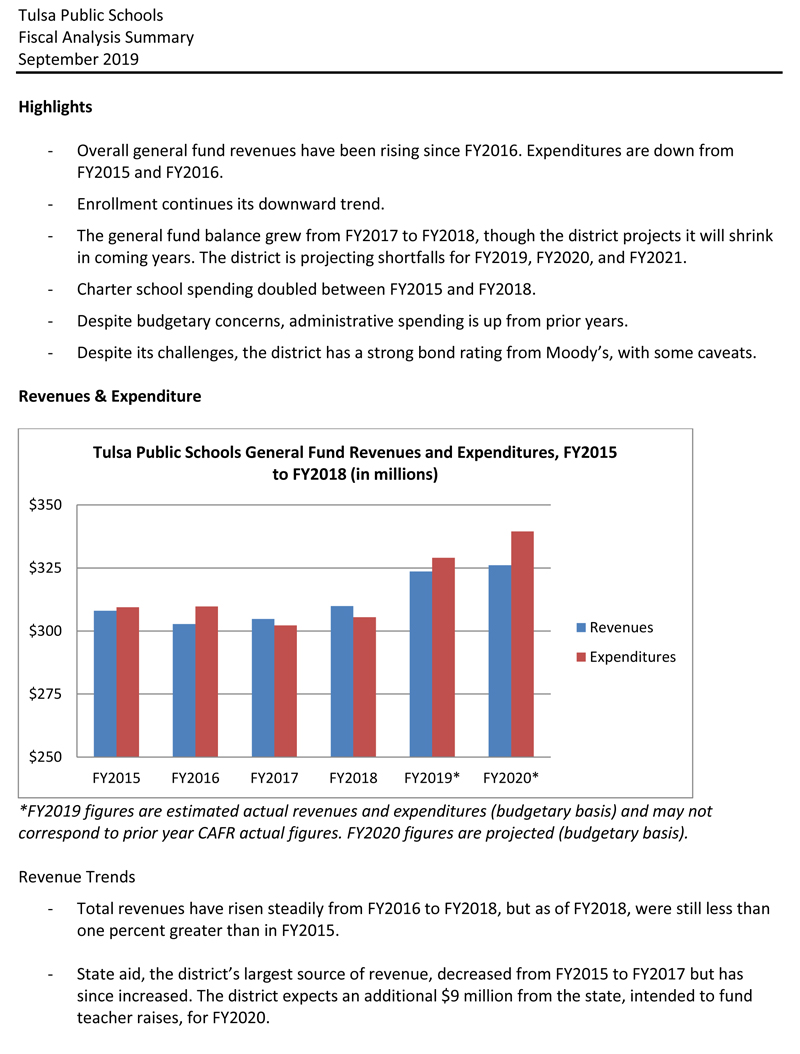 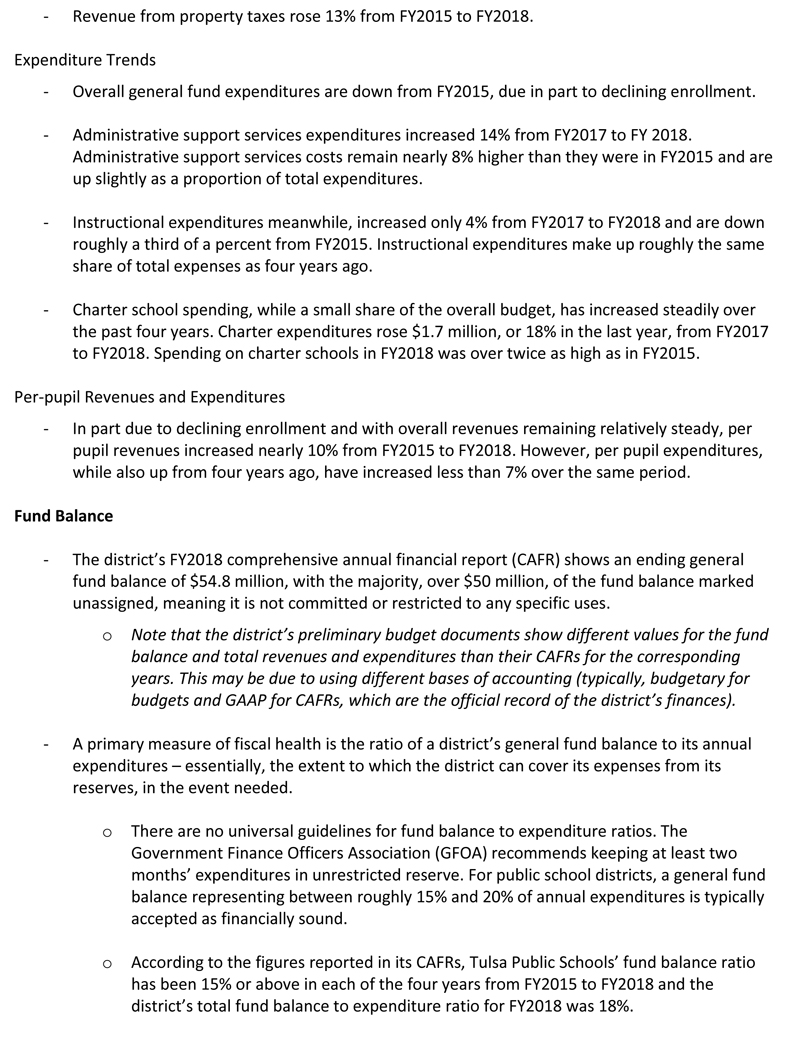 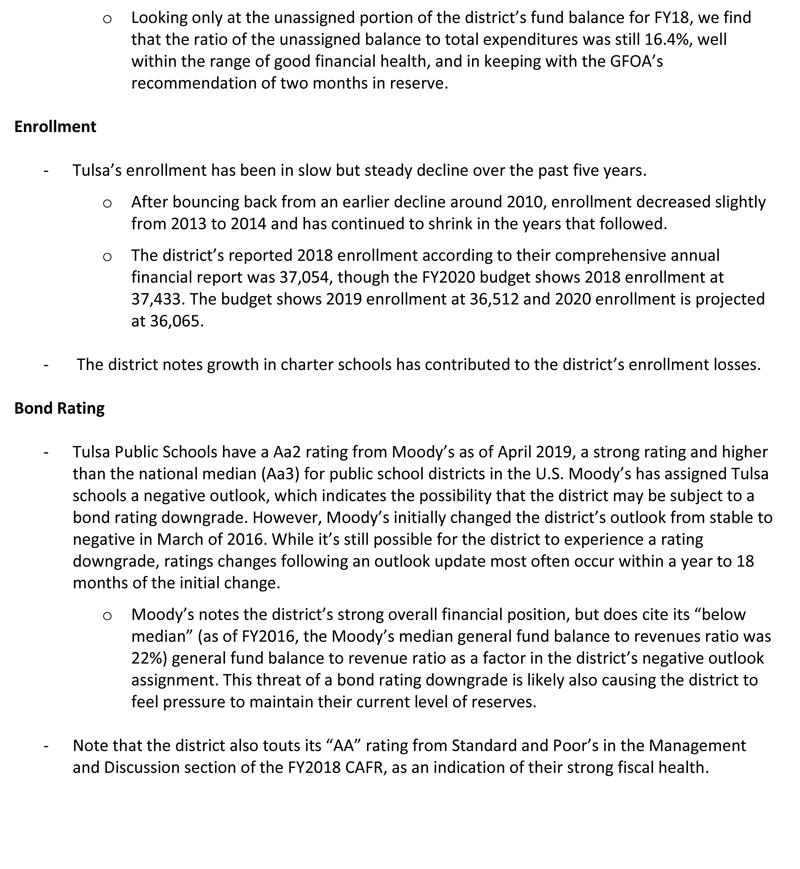 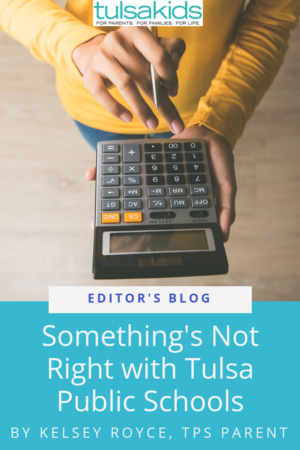