Something Great Is Coming to a Tulsa High School Near You!

What is 'blended learning,' and do we need it?

So, TPS Superintendent Gist says high school hasn’t changed in 100 years. Really!? Many hard-working professional educators and administrators might take exception to her assessment. High schools have changed, and continue to adapt to new technologies, new research in brain science, new pedagogy, etc.  But, anyway…Gist held an emotionally charged rally at ahha Tulsa* to announce her “Tulsa Beyond” initiative, according to an article in the Tulsa World.

Evidently, everyone at the rally had a horrible high school experience.

While Gist didn’t provide any specifics on how the high schools would be transformed, here are some things that the TPS administration have implemented, or have begun to implement.

No Nonsense Nurturer and Blended Learning

Ironically, in the same issue of the Tulsa World with the “Tulsa Beyond” article, Hardiman also wrote this article  about how TPS is using the No Nonsense Nurturer classroom management package from CT3 to try to retain its new and inexperienced teachers “amid low morale and mounting turnover.” Hardiman writes, “About 40 percent, or 1,222, of the district’s 2,800 teachers, are novices – teachers with zero to four years of experience.”

I wrote an article about No Nonsense Nurturer (NNN) at the beginning of the year. In a consent agenda this summer, the school board approved an amount “Not to exceed $1,009,150” to continue a contract with CT3 for No Nonsense Nurturing, “contingent on grant funding.” It looks like they got it. I question the wisdom of accepting foundation dollars for such untested programs when there are peer-reviewed, workable classroom management options that are much cheaper. They do, however, require more expertise and independent thought from the teachers and administrators than NNN. And what happens when those foundation dollars go away after they’ve “transformed” public schools?

In the same consent agenda, the board approved a cost “not to exceed $1,200,000” for services from Leading Educators in New Orleans. Again, this was contingent upon funding. There appeared to be a lot of overlap with the goals of NNN. That’s over $2 million just this year being spent on these school reforms.

(By the way, we can look at New Orleans as a model for competitive, market-driven, privatization of public schools and see that it has not been much of a success, especially for black and brown students. https://www.washingtonpost.com/education/2018/09/04/real-story-new-orleans-its-charter-schools/?utm_term=.744116166da3)

Scripted discipline programs and teaching packages are probably welcome by new teachers, especially those who have been trained in the super “everyone can be a teacher” fast-track, five-week program, or through Teach for America (TFA). These same prepackaged, expensive discipline programs that newbies may cling to can also drive experienced teachers, not just to other states, but to the suburbs where they have more professional autonomy.

I love the idea of mentors for new teachers, but, really, do new teachers need a bug in their ear to tell them what to say and do as they conduct class? If so, they probably shouldn’t be in a classroom.

Blended Learning: Coming to a High School Near You

I suspect that Superintendent Gist was talking about blending learning in her announcement about transforming high schools at McClain. We don’t know because she offered no specifics. What was offered was an emotional slam at teachers, complete with a student who testified that even though she was at the top of her class in high school, she wasn’t ready for college and, because of that, lost her scholarship. That’s sad. But what about the hundreds of other Tulsa students, including my children, who were able to do extremely well in college and beyond?

Do Tulsa schools need more? Yes. More support for all public schools, more experienced teachers, more wrap-around services for students living with trauma or who are hungry or physically or mentally ill. But, then there’s blended learning….

What is blended learning? It’s blending face-to-face teaching with students using computers. Not necessarily a bad thing. But, as with most things, it depends on how it’s implemented. Blended learning works best with experienced teachers who know how to engage students personally and then use technology to enhance classroom learning.

Jennifer Palmer with Oklahoma Watch wrote an article about how blended learning is being used in Oklahoma schools – soon to be in Tulsa (and promoted by a charter organization http://opsrc.net/).

Here’s an interesting quote from the article:

Silicon Valley and the “ed-tech” industry are influential in pushing the model, with huge multi-million dollar investments from sources like the Chan Zuckerberg Initiative, created by Facebook founder and CEO Mark Zuckerberg and his wife, pediatrician Priscilla Chan, and the Bill & Melinda Gates Foundation, chaired by Microsoft founder Bill Gates. The Chan Zuckerberg Initiative is behind the Summit Learning platform, which is now used by 330 schools across the country, according to their website, including some Tulsa district sites and John Rex Middle School.

Hmmm. I wonder why corporate tech giants would support using technology as the primary teaching tool… No conflict of interest there, right? I would like to say that Bill and Melinda Gates didn’t send their own children to a school where kids sit in front of computers. Here’s the Gates’ family’s choice of schools: Lakeside School in Seattle. Much has been researched and written about the addictive power of technology (which is why Gates and Steve Jobs limited technology with their kids), and it can also contribute to depression and anxiety.

In The Oklahoma Watch article, Palmer notes that “some parents have questioned whether the technology platforms do enough to protect student privacy and data. Teachers may question how they fit in, when most of the instruction occurs online. A Chicago teacher wrote, ‘It isolates children, it breeds competition, it assumes children can learn entirely on their own, and it dehumanizes the learning environment…’”

And then there’s the problem of cheating. Palmer cites an incident at a school where “30 to 40..students had access to the teacher’s user name and password. An investigation by the department (Oklahoma Department of Education) found an unusually high number of personnel log-ins and grade changes.” The mom who brought this to the attention of the state Education Department said that her daughter and others were “excelling in the program” – flying through, in fact — but not learning anything. Oops.

Learning how to scam the system and cheat may involve some high-level technical and critical thinking skills, but is this they way we want our children to learn?

Maybe we should be asking ourselves what’s best for children rather than what’s best for Microsoft, Facebook or their foundations. The last $500 million that Gates dropped on schools for teacher evaluations was an abysmal failure that even Gates admits. Any teacher could have told him in advance that it would never work.

What is the public school environment that you want your children to have? Who do you want “transforming” your schools? Foundations, charter operators, edu-business millionaires who have no public oversight? Do your children deserve less than Bill Gates’ children?

*This blog was corrected to show that the rally was held at ahha Tulsa, rather than McClain High School as originally posted.

If you’re concerned about the state of public education in Oklahoma, consider attending TulsaKids’ screening of “Backpack Full of Cash” at Circle Cinema on Thursday, Sept. 20, 7 p.m. The screening will be followed by a panel discussion led by community leaders with extensive experience in education. Learn more here. 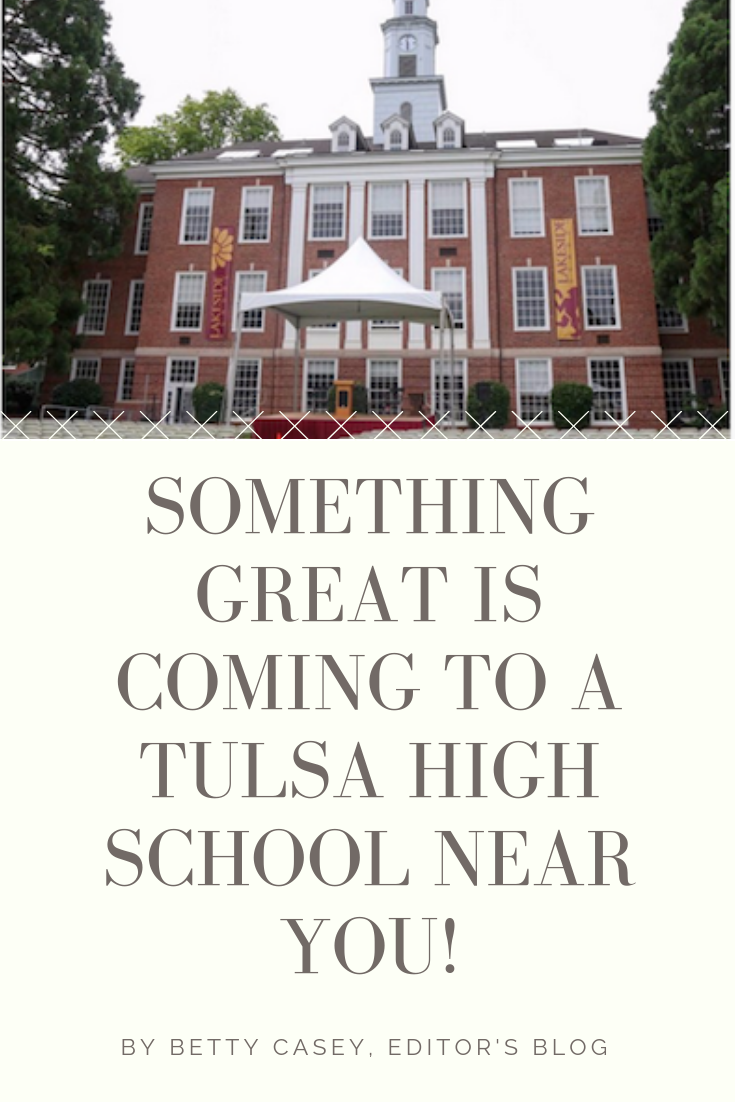