Let’s Do a Project: 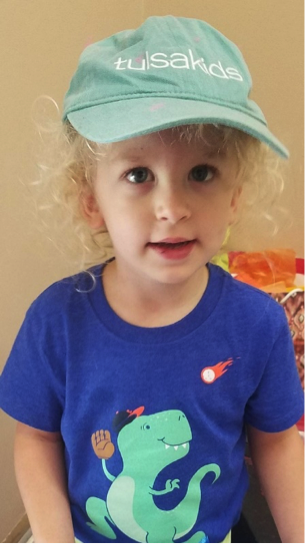 “Grandmom, let’s do a project!” In the last eight months, since the pandemic began, I’ve heard those words frequently. My three-year-old grandson and I used to go to lots of places together, but because of Covid, we now spend most of our time together at home. We’ve adapted better than I thought, but I do have to keep coming up with “projects” appropriate for a young child. It can be a challenge, but seeing his excitement and interest makes it worth the effort.

Callister is particularly interested in science experiments but also likes some crafts. On the advice of some parents in the TulsaParents Facebook group, I subscribed to Kiwi Crate. We’ve had three months of Kiwi Crates, and it’s been a success so far. Each month has three activities based on a theme, such as rainforests or dinosaurs. The activities have a strong science base, and they also have instructions for further projects and experiments that go with each month’s theme. This past month focused on rain forests. He was surprisingly engaged with all the activities and learning about rainforests.

But you don’t need to subscribe to anything to find good experiments. Just google what you want, and you’ll find plenty of experiments, or read below to see a few simple things we enjoyed. All of these do require adult supervision.

This is simple, and you probably already have everything you need. 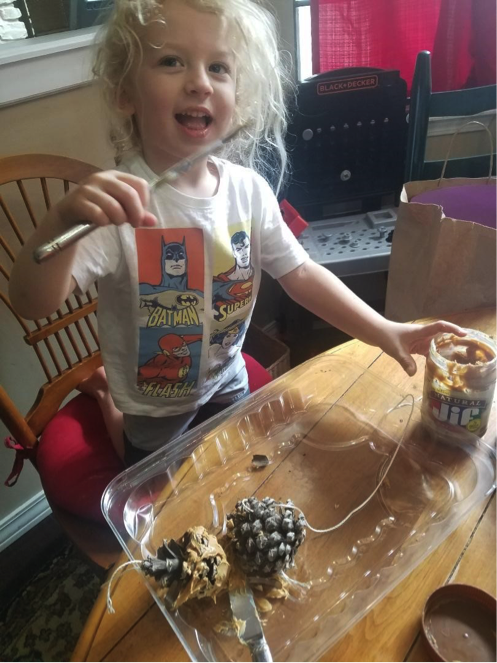 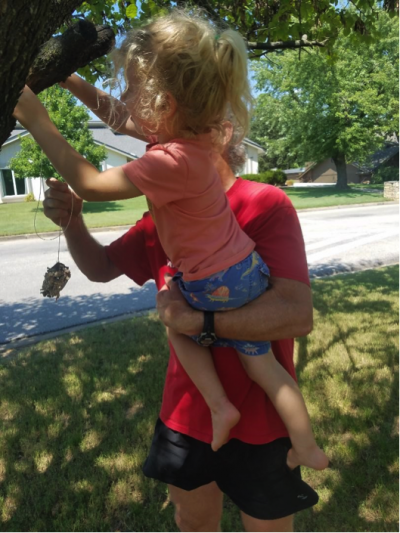 A friend suggested this experiment, and when I heard that it contained an explosion, I knew it was going to be a hit with my grandson. The other bonus is that it requires very few ingredients: a two-liter bottle of Diet Coke, some cardboard to make a funnel, and a roll of Mentos. I made the mistake of getting regular Coke and read later that Diet Coke or Coke Zero works better because there is more carbonation. We’ll try that next time, but we were happy with our results. He had so much fun that we repeated it with a small diet Dr. Pepper and a few mentos. Make sure you do this outside because it is a mess! That’s part of why kids love it! 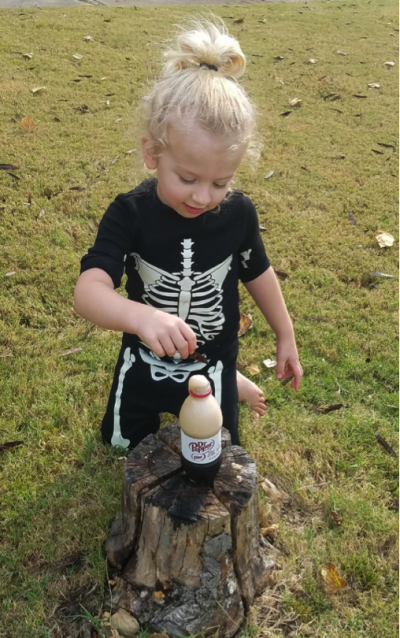 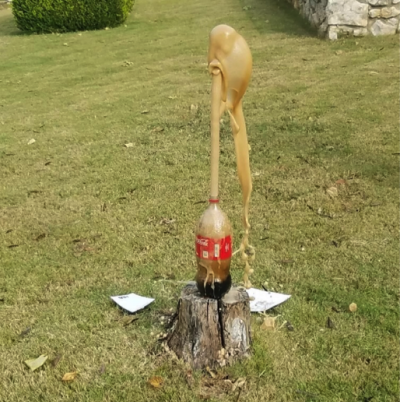 We’ve also attempted a few experiments that didn’t work so well. The three-ingredient slime was a total failure. I’m not sure where we went wrong, but it gave us a chance to talk about how scientists often have to try over and over many times before they have a successful outcome. Without preaching too much, I told him that’s how things are in life sometimes. We have to keep trying until we get it right.

When our slime experiment failed, I pulled out the old standby young kids (and even some grandmothers) love. 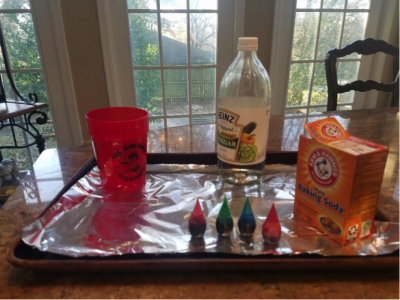 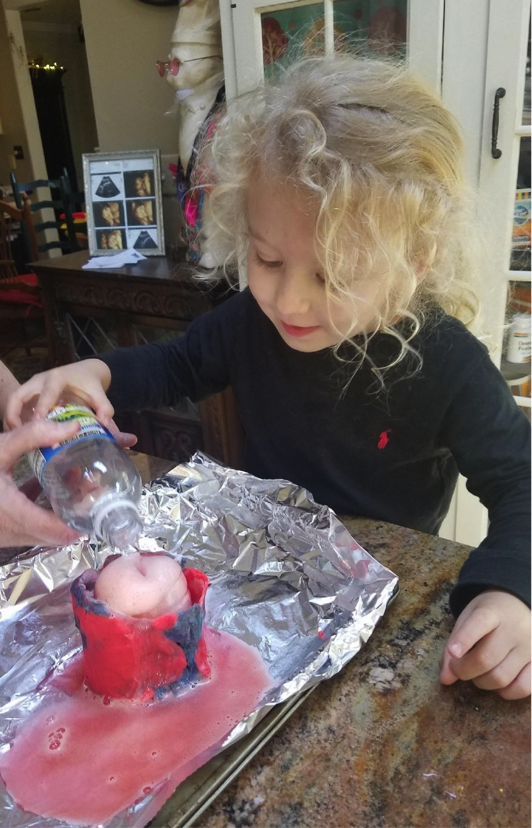 Children learn through play, and all these projects are fun ways to learn. When you think about the fact that by the age of five, 90% of brain development has occurred, you realize the importance of the early years. The most important aspects of these projects are learning through fun, letting the child experience science hands-on, allowing them to experience failure naturally, and knowing that’s ok, and my favorite part – spending time together! I love it when Callister says those words, “Let’s do a project, Grandmom!” 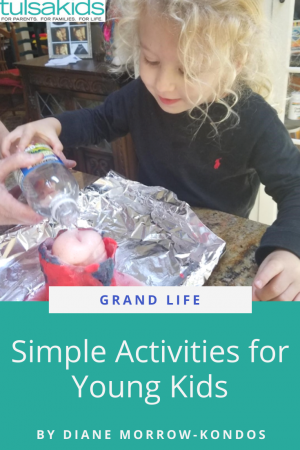