For months Callister has been calling me mom or mom-mom but this past weekend, for the first time, he clearly said “Grandmom”! He looked at me with his big blue eyes, smiled sweetly, pointed to me and said Grandmom! It was one of those “stay in your heart forever” moments! I’ve been working with him on this, standing with him in front of the mirror pointing to him and saying, “You’re Callister” then pointing to myself and saying, “I’m Grandmom.”  I also realized he was hearing me called either Diane or Mom most of the time, so I asked my husband to start referring to me as Grandmom when we were all together so he would associate that name with me. The truth is he can call me anything he wants and I’ll be fine with it, but this was the name I was hoping for and it seems to have stuck!

When our grandson started making little cooing noises at two or three months, my husband and I were enthralled! We hung on his every little sound; we knew it was the beginning of speech and we enthusiastically answered right back. It was obvious he enjoyed making noises, cooing and babbling all the time as the months went on, as much as we loved hearing it. Those beginning attempts at speech are vitally important; this is how language develops and there are ways to enhance the progress. 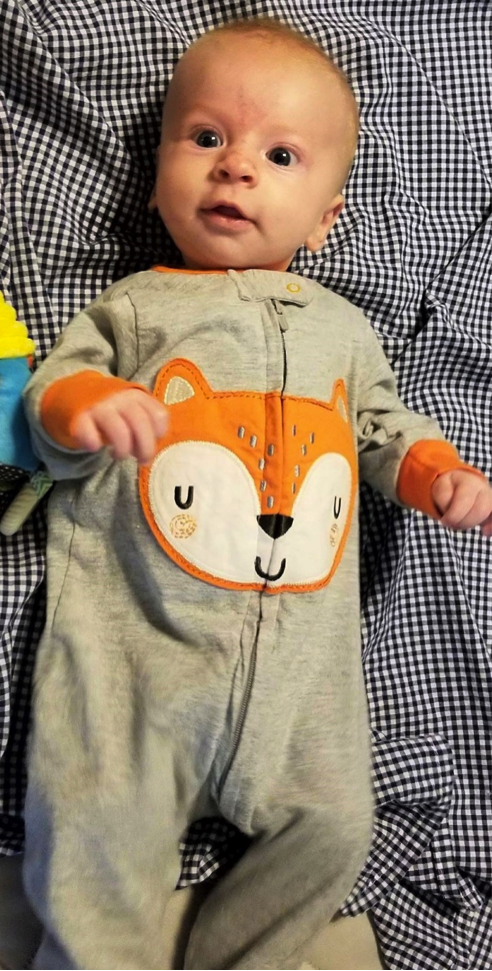 All the cooing and babbling going on in the early months has a purpose!

Experts recommend talking, reading, singing and playing with your child (or grandchild) every day. They may not comprehend your meaning, but this is how they begin to associate sounds with language. When they make sounds, respond back; engage in a back-and-forth conversation as if you did understand what they are saying. This encourages further attempts at talking and helps them understand the pattern of language. Reading to children is also vital in the language development process. It is never too early to begin, and it should become part of the daily routine. You may get tired of reading “Llama, Llama Red Pajama” over and over again, but repetition is a key element in learning.

There was a time I was a bit concerned Callister’s language skills were not progressing on schedule, but after my daughter and I completed the online assessment provided free of charge by Sprouts I realized he was right on target. I had made the mistake of comparing him to my first born, his mother. There are many problems with making comparisons. Each child develops at their own rate and as long as it’s within the scope of normal development there’s no cause for concern. If you do have concerns, go to the Sprouts website and take the assessment. “Don’t worry but don’t wait” is their motto, and it’s a great one! Another reason to avoid comparisons between children–my memory could be a little fuzzy. Studies have shown over and over again how unreliable our memories are but somehow, I’m convinced my daughter was a verbal prodigy, a precocious little genius of a talker. Finally, some research shows female children tend to speak earlier and more often than male children. Most of us have seen evidence of this in our families, but as with almost everything, there are exceptions.

My excitement seems a little narcissistic, but don’t we all hope to make an impact in our in our grandchildren’s lives? We know our time with them is limited, and so we’re trying to pack in a lifetime of love and experiences into the 20 or (being optimistic here) 30 years we have left with them. Through our relationship with them, our memory may go on living in someone’s mind a bit longer after we pass. Because of divorce and remarriage, Callister has an abundance of grandparents, and we’ve all picked our desired grandparent names. Poor kid has a lot of names to figure out but hopefully the tradeoff of lavish, plentiful love makes up for it. If he forgets and calls me another name, that’s ok also. I’ve got my grandmother rose-colored glasses on when it comes to my grandson and think he can do no wrong. It helps that I have a selective memory and the exhaustion-frustration meltdown he had Saturday has almost been forgotten, but the glow from my grandson calling me Grandmom remains etched on my heart! 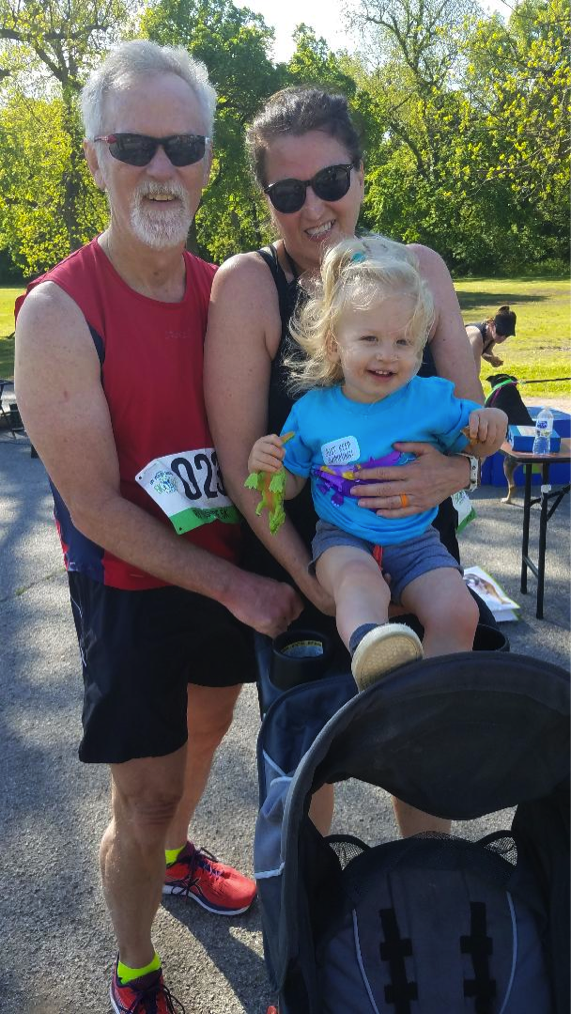 I’m blaming his meltdown Saturday on the fact we wore him out. This was post 5k run, pre-meltdown. 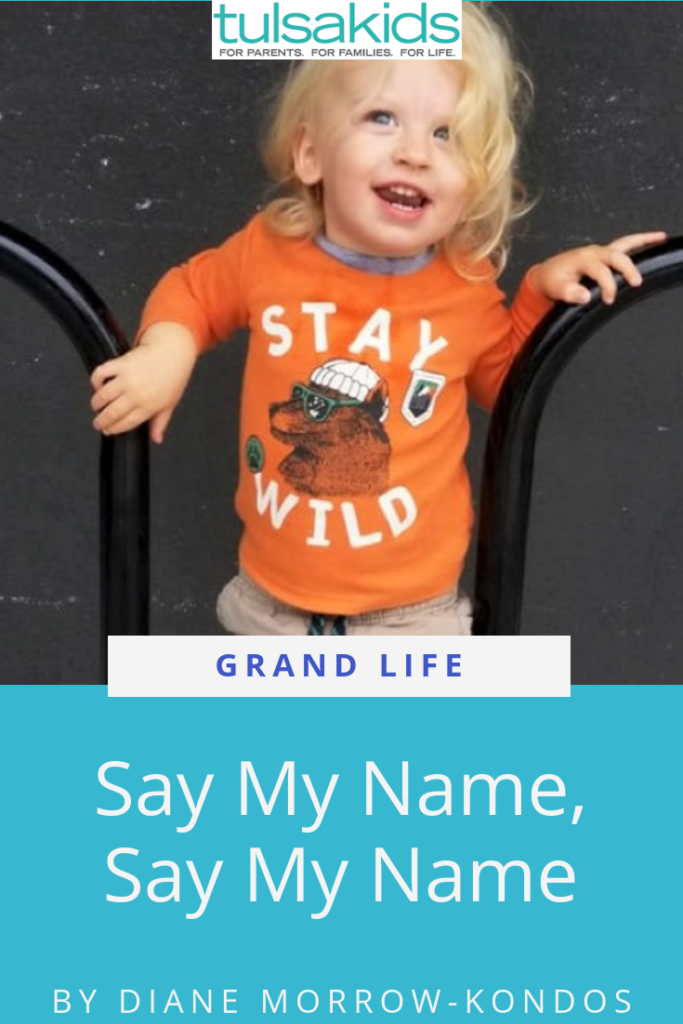