When Grandparents are Essential

After six weeks of not seeing us, he wasn’t sure whether to be scared, happy, or excited about coming to our house.

I felt as nervous as a teenager preparing for a date: Would he remember us, would he still want to come to our house, what would we do? Since our grandson was born almost three years ago, we have been constants in his life, seeing him at least three times a week. Since we began quarantining on March 16th, we hadn’t seen him at all, and I was nervous but thrilled at the prospect of seeing my grandson again! I’d done all the things I wrote about in my blog, Social Distancing and Grandchildren, and the suggestions did help. However, 49 days is a long time for a “not quite” three-year-old to get by with phone calls, FaceTime, and YouTube videos from his grandmother. It’s even longer for a grandmother to go without grandchild snuggles!

When the city of Tulsa decided to comply with the Governor’s re-opening plan, it left families scrambling for childcare. Many businesses have opened, but schools and some child care centers have not. Parents rely on school as being an integral part of the childcare plan. Some summer camps are planning to open, but others have already canceled plans or gone virtual. What is a family to do when it is essential that a parent goes to work, but there’s no childcare? That’s when grandparents become essential. 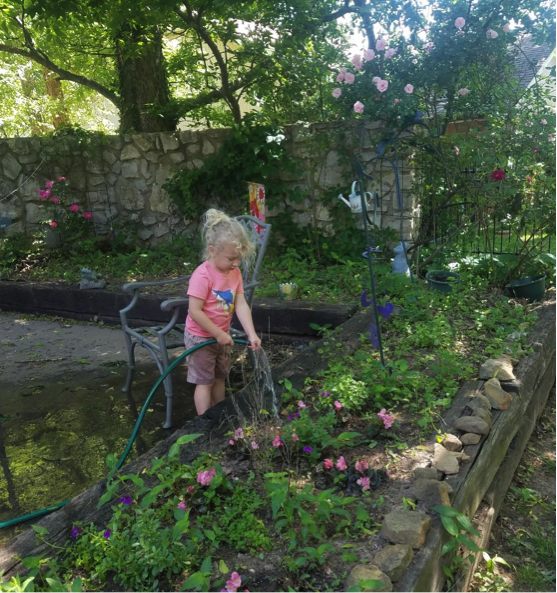 He’s decided watering the flowers is one of his jobs at my house.

To be clear, I’m not advising this, and I have no medical qualifications. There are inherent risks in “quaranteaming” between houses; each family must look at the situation honestly and weigh the risks and benefits. With most grandparents falling in the “at-risk” age group, this is a backup plan to use cautiously. If in doubt, check with your physician for advice. Some of my grandson’s grandparents (he has seven) have health concerns that prevent them from having contact for now. It is completely understandable and should carry no guilt if you don’t feel this is an acceptable risk for your family.

We’re approaching the practice of “quaranteaming” carefully and with lots of rules between the four adults. We also are checking in weekly and making adjustments each week. We plan to have a Zoom meeting June 1st to re-evaluate our choices. For now, these are the precautions we’re taking.

There is so much diverse public opinion about quarantining. Some people will read this blog and think we’re taking too big of a risk. Others will read it and think we’re being overly cautious, bordering on paranoid. For now, we feel the benefit of helping with child care outweighs the risk we’re taking. We’re not healthcare experts, but we have done the research, and we’re taking the steps necessary to minimize our risks. New information comes out every day, so like the rest of the world, we’re figuring it out as we go along and trying to make the decisions that best fit our particular situation.

After six weeks of not seeing one another, Callister was a little uncertain about coming to our house the first time. Once the ice was broken, he remembered all the fun we have and has been happy since. Although I did have one misstep: I forgot that grandmothers always have cookies. He said, “Grandmom, did a bank robber steal all your cookies?” I won’t make that mistake again. 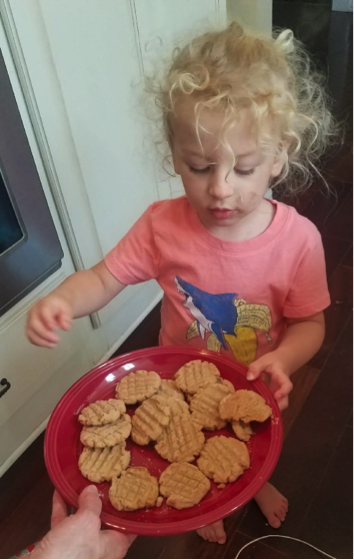 Callister is thrilled to have another place to go after being at home for six weeks straight. He’s a natural extrovert and is used to going places and seeing people. Quarantine is tough for a socially gregarious two-year-old. Yesterday when I went to get him, he ran out of his house gleefully, eager to come to my house. He said, “I’ve been stuck in the house all day long, let’s go!” “Quaranteaming” with Callister is fun. It’s so much fun I have to restock the coffee supply so I can keep up with him! 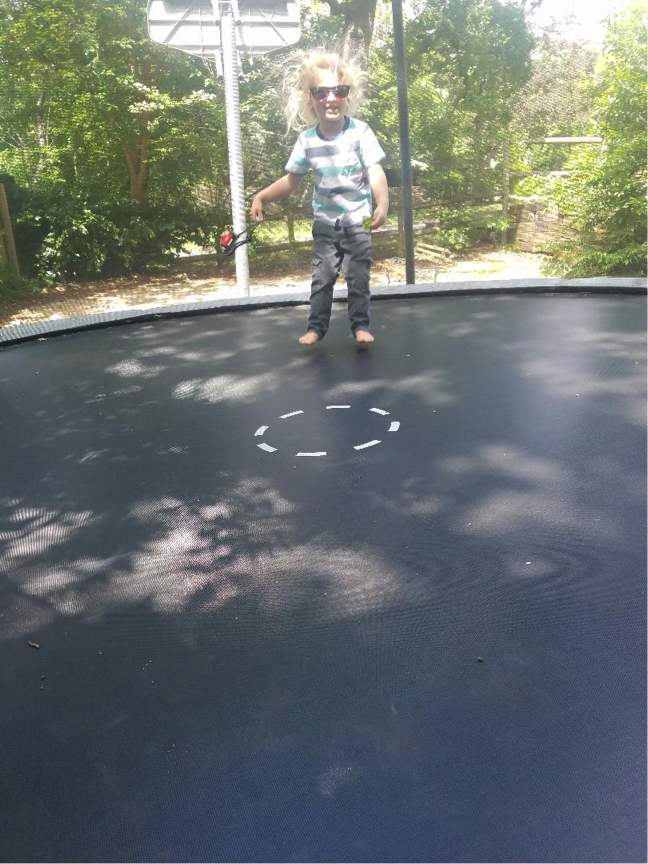 It didn’t take him long to remember how much fun he has at Grandmom’s house! 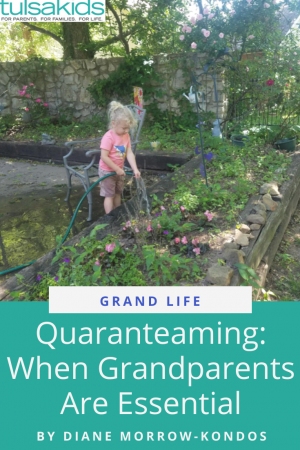 My Heart is Walking Around Outside My Body - Again?!

When it comes to Grandparents' Day Gifts, What is Essential is Invisible to the Eye (Except Cookies!)

Role Reversal: When Did my Daughters Become the Bosses of Me?

Buckle Up, It's Back to School Week

A Grandmother’s Love and Limits:

A Letter to My Mom