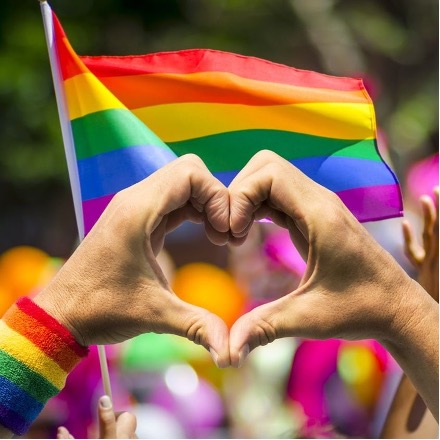 When my children were young, they loved to play a game called, “Would you still love me?” The game involved them thinking of the most outlandish, sometimes terrible acts they could think of, followed by the question, “Would you still love me?” It was playful verbal banter on the surface, but I’m sure a child therapist would interpret it differently. They needed to test the waters, to find out how sincere my unconditional love really was. My children wanted what all people crave, the assurance they will be accepted and loved no matter what.

Unfortunately, unconditional love isn’t always a given in a family.  One out of five young people do not identify as heterosexual. Many are rejected by their families when they have “come out” as gay, bisexual, pansexual, transgender, or anything that doesn’t fit in the traditional cisgender, heterosexual norm. June is Pride Month, a perfect opportunity to explore the parent-child relationship for the  LBGTQIA community. I had the pleasure of asking Sara Cunningham, the founder of Free Mom Hugs, a few questions.

1. How old was your son when he told you he was gay, and what was your reaction?

My son tried to have this conversation his whole life. I manipulated the conversation, thought it was a phase until he turned 21 – he said, “Mom, I met someone, and I need you to be okay about it.” I didn’t take the news very well. I said some things and acted in ways that I regret. I shamed him. When he came out of his closet, I went into mine. I was ignorant (at that time), believing that homosexuality was the “unpardonable sin, punishable unto death.” I had absorbed this idea that my son was going to burn in hell. I was clinging to my faith, and it was killing me. I was frozen in my fear.

2.  What was the process to reconcile your Christian faith with accepting that your son was gay?

It took some time. I didn’t know where to look for resources, and I thought I was the only mom with a gay kid in Oklahoma. I needed to hear from someone who shared my faith, “It’s okay to search this matter out.” It wasn’t until I found a private online FB group for moms with gay kids. It was there I found support and faith-based resources that helped me better understand what it means to love someone who’s gay.

I found resources on the history of human sexuality, science, and evidence, even testimonies from gay Christians. I learned that the scriptures used to condemn my son were misinterpreted, misunderstood, and misused. Lastly and most importantly, prior to my son coming out, he was often depressed, struggling with all sorts of anxiety. When my son began living authentically, he was happy. And that kind of fruit don’t lie. (That’s religious talk, the Southern Baptists folks will get it.)

3. What led you to start the organization Free Mom Hugs?

I began meeting people in the gay community, hearing their stories, how they were being kicked out of their homes, alienated from their church families and many parts of society. I learned that my straight son has more rights than my gay son. I learned that conversion therapy (any type of therapy, practice, or prayer that would try to make a gay person straight) is still legal, sought out, and paid for in Oklahoma. With all of this information – I became accountable. Soon I was volunteering with the Oklahoma City Pride board and meeting the gay community here in Oklahoma. I fell in love and consider this community to be beautiful and Spirit-filled.

In 2015 I made a homemade button with the words “Free Mom Hugs.” I pinned it to my sundress and went to the Oklahoma City Pride Festival. With anyone who made eye contact with me, I would say, “Could I offer you a Free Mom Hug?” The first hug went to a young girl. As we embraced, she whispered in my ear that it had been four years since she had a hug from her mother because she’s a lesbian. My heart sank. I went home that day covered from head to toe with glitter. I also had horror stories ringing in my ears. That was the spark that started the (Free Mom Hugs) fire.

4. What does Free Mom Hugs do?

Our mission statement sums it up best: “Free Mom Hugs empowers the world to celebrate the LGBTQIA+ community through visibility, education, and conversation. And yes, we still give hugs!” We show up at Prides, I travel (and zoom), sharing the FMH story and what I’ve learned as an Ally with companies, schools, colleges, and places of worship. We have chapters in every state with dedicated volunteers representing FMH where they are, serving the community, being that loving presence, and speaking to laws and policies that are harmful to the LGBTQIA+ community and their families. Together we are making the world a better place for everyone.

Yes, and I love that our Logo is also recognized worldwide.

6. What advice do you have for parents who have children who are LBGTQIA?

Allow your child a safe space and the vocabulary to have the conversation. They are trusting you with the most tender, intimate part of their life. Let THEM SHOW YOU who they are. There are so many resources available today on the subject of Gender Identity and Sexual Orientation. Your Lesbian, Gay, Bisexual, Transgender, Queer and/or Questioning, Intersex, Asexual, Two-Spirit or however your child self-identifies, this child brings a BEAUTIFUL dynamic to your family. They are a gift from God, to be celebrated.

7.   The Tulsa Pride Parade is June 26th, will there be a Free Mom Hugs group there?

(Tulsa has many activities going on for Pride. Click here to see the schedule.)

8. What does the Free Mom Hugs group do at the parade? How can parents get involved?

Sometimes we have a FMH booth, sometimes we walk in a parade with a Free Mom Hugs banner, and sometimes we just show up and make ourselves available. Our only goal is to be a loving presence in the lives of those who need it the most. Go to www.freemomhugs.org, find your State Chapter, get your original Free Mom Hugs Shirt, and of course, donations are needed and appreciated. We are a non-profit organization with three paid staff, a National Board in Oklahoma City that oversees and supports State and International Chapters. Invite me to share the Free Mom Hugs Story with your group.

9. Is your organization connected to PFLAG in any way?

We sometimes participate with and always point to the work of PFLAG, but we are not connected.

(PFLAG is an organization for lesbian, gay, bisexual, transgender, queer and their parents, families, and allies.)

10.  What else is important for people to know?

I want people to know that even though advancements have been made in terms of visibility and equality, there is still much work to be done in making the world safer for our gay family and friends. Just as same-sex marriage is legal in the state of Oklahoma, so is Conversion Therapy. Under current law, my gay son can be denied housing, healthcare, even refused service in a public space. Our transgender family and friends are fighting for their lives. Find out where your State officials stand on legislation that protects the LGBTQIA2S+ community, like the Equality Act, and demand they pass it. It’s a matter of life and death.

LBGTQ: This is a common acronym. The letters stand for lesbian, gay, bisexual, transgender, and queer.

LBGTQIA: The above plus I for Intersex and A for asexual/aromantic/agender

Intersex: People born with sex characteristics that do not fit the typical definitions of male or female. It is estimated that the number of people born intersex may be as high as 1.7%.

Gay: A sexual orientation that describes a person who is emotionally or sexually attracted to people of their own gender. The term gay is commonly used to describe men.

Lesbian: A woman who is emotionally or sexually attracted to other women.

Bisexual: A person who is emotionally or sexually attracted to more than one gender.

Pansexual: A person who can be attracted to all different kinds of people, regardless of their gender identity.

Asexual: A person who doesn’t fit traditional standards and expectations around sexual desire. They may be attracted to people but not desire sex.

Aromantic: A person who experiences little or no romantic attraction to others.

Gender identity: How you feel and express your gender, which does not need to align with the sex you were assigned at birth.

Transgender: A person whose gender identity differs from the sex they were assigned at birth.

Cisgender: A person whose gender identity aligns with the sex they were assigned at birth.

Nonbinary: Someone who doesn’t identify exclusively as female or male. Someone who identifies as nonbinary often prefers pronouns of they/them rather than he/her. If unsure, ask them.

Ally: A person who is not LGBTQ but uses their privilege to support LGBTQ people and promote equality.

Homophobia: Discrimination, prejudice, fear, or hatred toward people attracted to members of the same sex.

Two-Spirit: “Two-spirit” refers to a person who identifies as having both a masculine and a feminine spirit, and is used by some Indigenous people to describe their sexual, gender and/or spiritual identity.

“How We Sleep at Night. A Mother’s Memoir” by Sara Cunningham

“Torn: Rescuing the Gospel from the Gays-vs.-Christians Debate” by Justin Lee

“God and the Gay Christian” by Matthew Vines

Dennis R. Neil Equality Center:   The Neil Equality Center has been providing education and advocacy for people who are LBGTQIA and their allies since 1980. Located at 621 East 4th Street in Tulsa, they are open from 9 AM until 9 PM Monday through Sunday. The phone number is 918-743-4297.

PFLAG: https://www.facebook.com/PFLAG
The best private online FB group for Moms with children on the LGBTQIA+ spectrum. This private group offers a WELLSPRING of support and resources –  email Liz Dyer, and she can add you –  lizdyer55@gmail.com 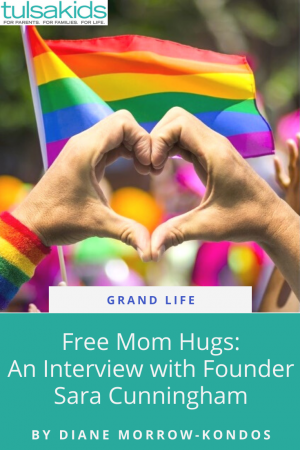