What mothers-to-be can expect at their routine check-ups 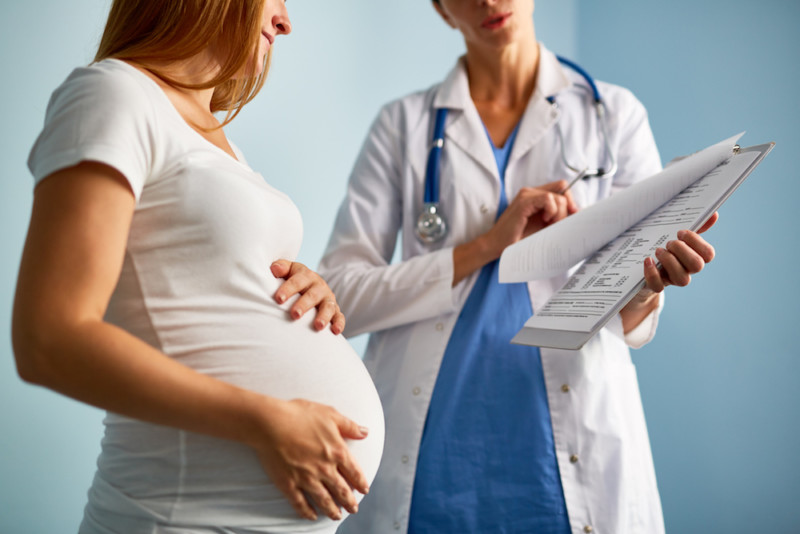 Prenatal tests are an important part of a healthy pregnancy.

Ensuring a problem-free pregnancy and a healthy baby means eating right, exercising and visiting your doctor for regular check-ups.

During these routine check-ups, a mom-to-be can expect to undergo several prenatal medical screenings and tests, which are designed to make sure both she and her baby are healthy, as well as spot problems while they are treatable.

After a woman gets a positive result from a home pregnancy test, the next step is to make an appointment with her physician to confirm the pregnancy, said Dr. Sheila Carnett, an obstetrician-gynecologist with South Tulsa OB/GYN. At the initial visit, a mom-to-be will take a blood or urine test that detects the presence of human chorionic gonadotropin, a hormone that is elevated during pregnancy. These will be the first of several prenatal tests throughout the pregnancy.

The first visit also involves figuring out gestational age (age of the unborn baby), Carnett said. Gestational age is usually calculated from the first day of the woman’s last menstrual cycle to the current date and is measured in weeks. A typical full-term pregnancy usually lasts about 40 weeks, but can range anywhere from 37 to 42 weeks.

At the first visit, a mom-to-be also will undergo blood tests to confirm her blood type, as well as screen for diseases such as Rubella, syphilis, HIV and hepatitis, Carnett said.

“We sometimes will do a TB test if the mom is at risk,” she said. “We also will do blood counts to make sure she is not anemic.”

If a mom-to-be’s blood type is determined to be lacking in the Rh antigen, then she will be given a shot of a medicine called Rh immunoglobulin (also known as Rhogam) during her pregnancy. The Rhogam shot helps prevent the Rh-negative mother’s body from making antibodies against Rh-positive cells, including those of her unborn baby.

In the case of an Rh-negative mom carrying an Rh-positive baby, the antibodies can potentially cross the placenta and attack the baby’s red blood cells, which can cause anemia, congestive heart failure or even death for the baby.

At the second prenatal visit, Carnett said a Pap smear and breast exam are typically performed and a culture of cells are taken to test for sexually transmitted diseases such as chlamydia and gonorrhea, both of which can lead to problems such as pre-term birth, infection of the amniotic sac and fluid and increased risk of miscarriage.

When a doctor takes a pregnant patient’s history, he or she will ask if the patient has cats at home. Toxoplasmosis, a parasitic infection that can be spread to humans through contact with cat feces, can result in miscarriage or birth defects. Though relatively rare, the infection is something that doctors typically advise pregnant patients to be wary of.

“If the patient does have cats, we recommend that she stay away from the litter box during her pregnancy because of the risk for toxoplasmosis.” Carnett said.

Some patients may also be tested to see if they are carriers for cystic fibrosis, an inherited chronic disease that affects the lungs and digestive system, according to Carnett. If a blood test reveals that a mom is a carrier of the cystic fibrosis gene, then the father of the baby may need to undergo testing to determine if he also is a carrier, which could increase the baby’s chances of being born with the condition.

Prenatal check-ups also can include additional tests, including a urine test to check for infection, listening for the baby’s heart tones and checking the mom’s fundal height, Carnett said. Fundal height is a measurement of the uterus, taken from the top of the pubic bone to the top of the uterus, which is used to gauge fetal growth and development.

Between the 11th and 14th weeks of pregnancy, moms may undergo a screening called a nuchal translucency test, which checks for the possibility of Down syndrome, congenital heart problems and other genetic abnormalities. The test involves using ultrasound to measure the translucent space in the tissue at the back of a baby’s neck. Babies at higher risk for problems typically build up more fluid at the back of their necks, which makes the clear space appear larger on these screenings.

When a mom is between the 15th and 20th weeks of her pregnancy, she will likely undergo a genetic screening that checks the baby for Down syndrome and neural tube defects such as spina bifida, according to Carnett.

At 18 to 20 weeks into the pregnancy, an ultrasound is performed to check the baby’s anatomy for proper development, Carnett said. At this time, the baby’s sex may also be determined by what the ultrasound shows.

“We make sure all the parts are there, that the baby’s limbs are formed properly, the heart has four chambers and so on,” she said.

If the ultrasound reveals abnormalities, a woman may be referred by her OBGYN to a maternal-fetal medicine specialist, a doctor who specializes in caring for women with high-risk pregnancies. Based on the prior ultrasound, she may undergo a second, more detailed test known as a level 2 ultrasound.

Between the 26th and 28th weeks of pregnancy, a patient typically undergoes a glucose screen, which tests for gestational diabetes, a condition that affects between two and five percent of pregnant women, according to Carnett. During a glucose screen, the patient drinks a sugar solution. After an hour, a sample of her blood is drawn and checked to see how her body processes the sugar. If the resulting reading is too high, then she may be required to undergo a longer test which will be able to confirm or disprove the findings of the earlier screen.

If not treated, gestational diabetes can lead to problems such as macrosomia, a condition in which the baby is abnormally large, according to the American Pregnancy Association. The condition can cause trauma to both the birth canal and the baby during delivery, and sometimes requires a mother to undergo a cesarean section.

For moms older than 35 and those whose pregnancies are considered high-risk, amniocentesis is a test that might be ordered by their doctors, Carnett said. The test involves inserting a needle through the mother’s abdomen into the amniotic sac (the sac that surrounds the baby) to collect fluid. Cells from the fluid are then analyzed in a laboratory to check for chromosomal abnormalities, which may indicate Down syndrome or other conditions that could affect the baby’s health or development.

During her pregnancy, a woman also will be tested for the Group B strep bacteria, Carnett said. The test is done by taking a swab of cells from around the perineum and examining them for the presence of the bacteria, which can be passed to the baby during delivery.

“It can make the baby very sick, so if a mom tests positive, we can treat her with antibiotics during labor to prevent transmission,” she said. 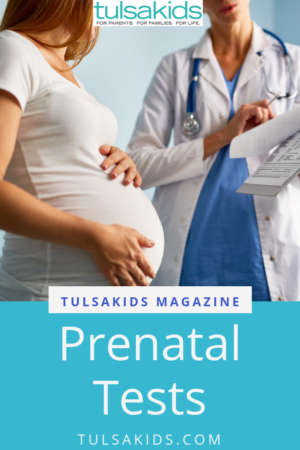