Oklahoma Values: What About Our Women and Moms? 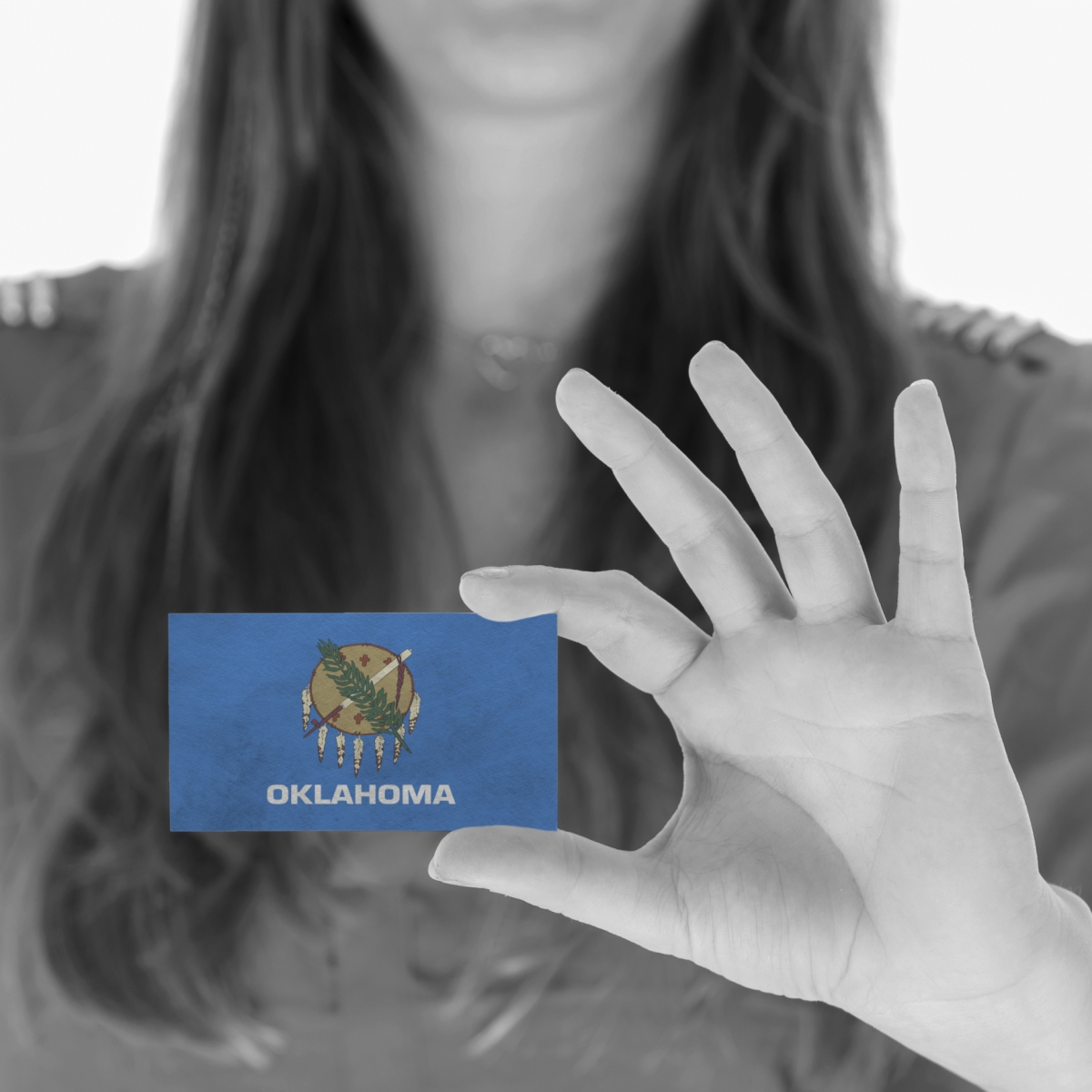 I have two daughters, and I hope that collectively we women can leave a better nation to our daughters. Young women in the United States have almost limitless opportunities – if they are fortunate enough to get a good education; if they have opportunities to work their way up in their jobs; if they avoid getting pregnant before they’re emotionally and financially ready to have children; if, when they have children, they can afford daycare, food and healthcare. If you’re a woman, there are a lot of ifs.

My daughters are lucky. Both received excellent educations through Tulsa Public Schools (although if they were in school these days, I don’t think the experience would have been as good with the high-stakes testing and ridiculous, unfunded, meaningless mandates that Superintendent Barresi, Gov. Fallin and our legislature have placed on Oklahoma schools, but that’s another blog). They both finished college. One works for a non-profit foundation and the other is starting graduate school next month.

Both of my daughters (and my son) have worked in restaurants at different times when they were in high school and college. While they were working for spending money or their share of rent for a college apartment, they worked alongside (mostly) women who were struggling to house and clothe their children or buy gas and groceries with a minimum wage job, including tips. Most were struggling with more than one job.

That prompted some discussion with my kids about the financial insecurity that millions of people live under in the United States. And many of those people are women.

I recently read a couple of reports that gave me pause. In fact, even though I’ve been rolling the information from these reports around in my head for weeks, I haven’t been able to face writing about them. But I can’t be in denial about it. Women, especially mothers, need our support.

One of the reports, The Shriver Report: A Woman’s Nation Pushes Back from the Brink (www.shriverreport.org), states:

In an era when women have solidified their position as half of the U.S. workforce and a whopping two-thirds of the primary or co-breadwinners in American families, the reality is that a third of all American women are living at or near a space we call “the brink of poverty.”  We define this as less than 200 percent of the federal poverty line, or about $47,000 per year for a family of four.

Forty-two million women, and the 28 million children who depend on them, are living one single incident—a doctor’s bill, a late paycheck, or a broken-down car—away from economic ruin. Women make up nearly two-thirds of minimum-wage workers, the vast majority of whom receive no paid sick days.

The Shriver Report looks at why, even though more women than men are getting college degrees, there are still more women living in poverty or on the brink of poverty. The report details these causes, but also takes a hopeful look at how public policy and private partnerships can improve life for women in America. Some of those policies include:

a higher minimum wage, improved access to work and income supports, and better opportunities to access medium- and high-paying jobs. Additionally, women need policies that support their breadwinning and caregiving responsibilities. An overwhelming 96 percent of single mothers in our poll say paid leave is the workplace policy that would help them most, and nearly 80 percent of Americans say the government should expand access to high-quality, affordable child care.

And the report underscores the importance of personal responsibility for women “to make smarter choices about their finances, education, and personal relationships. The most important lesson we can impress on girls to keep them off the brink is ‘college before kids.’”

Go to the website www.ShriverReport.org to learn more about the problems, the solutions and what each of us can do to give our girls and women every opportunity they can imagine.

If you’re reading this, you’re probably a parent, or at least someone who cares about kids. Remember when you had your baby or maybe adopted your child? It’s such a time of joy. There’s nothing like welcoming a new baby into the family. There’s also nothing like the thought of leaving your helpless infant with a caregiver after taking a few weeks (mostly unpaid) off work. I was fortunate enough to be able to work part-time and from home when my children were babies. I know that is not the norm. I know that there are moms and dads out there who are terrified about not having a high-quality place to leave their child while they go to work. Daycare is more costly than a college education. But they are more terrified of taking too much time off of work that will leave them in a dire financial situation, just when they need money to support a child.

Staying home with an infant those first few important weeks shouldn’t cost a mom her job. While the 2013 Federal Family and Medical Leave Act (FMLA) helped provide unpaid leave and job-protection for many, it often left parents with poor choices because of the financial burden on the family. There is no national guarantee of paid leave in the United States. We fall behind 181 nations that guarantee paid leave for new mothers and 81 nations that guarantee paid leave for new fathers. Wouldn’t that be great for U.S. families, too?

These are the kinds of issues the other report, EXPECTING BETTER, dealt with. It was released in mid-June prior to the White House Summit on Working Families. The report is a state-by-state analysis focused on working families and how much or how little new parents are supported. Each state was given a grade.

Oklahoma received an F in its laws that help new parents.

No surprise there, right? Oklahoma doesn’t exactly have the best record of supporting families and children. Oklahoma gives tax breaks to oil companies that are going to drill whether they get a tax break or not, while teachers go begging. Oklahoma’s legislature seems determined to monitor women’s reproductive organs. Governor Fallin refuses the Affordable Care Acts’ Medicaid expansion, which would help many Oklahoma families, while at the same time asks for an extension of SoonerCare from the Federal Government. Huh? Oklahoma’s legislature refuses to fund schools. So why would we think that Oklahoma policy makers would support new parents?

If you care to look at the entire report, you can go to the National Partnership for Women & Families: www.nationalpartnership.org.

The Partnership was founded in 1971 as the Women’s Legal Defense Fund and is a nonprofit, nonpartisan 501©3 organization. This is the third edition of EXPECTING BETTER. The first was in 2005.

The good news, according to the report, is that “Across the United States, 24 million workers now have statutory protections guaranteeing access to paid sick days, paid family leave and paid medical leave through temporary disability insurance programs.”

Here are some more findings:

Since the publication of the last edition of this report, a form of pregnancy discrimination has gained attention: pregnant women being denied reasonable accommodations that are routinely granted to other workers with physical limitations, such as being able to sit rather than stand, carry a water bottle, or take more frequent bathroom breaks. Several states have passed laws to address this issue and so this third edition includes pregnant worker accommodation laws. As this report highlights, some states have surpassed the federal government by expanding access to leave and providing other workplace supports to expecting and new parents. Those states provide models worth replicating in other states and at the national level. For example, California, New Jersey and, as of 2014, Rhode Island, have led the way by providing paid leave to new parents. California and New Jersey celebrate their laws’ 10th and fifth implementation anniversaries this year. In addition, states from Maine to Oregon have expanded access to unpaid job-protected leave so that people who are ineligible for federal FMLA leave can care for anew child or for a spouse or partner with a pregnancy-related disability, or take a longer period of time to care than federal law allows. Several states now guarantee that pregnant women will receive the same reasonable accommodations on the job as other workers with similar physical limitations. And many states provide all nursing mothers the right to express breast milk at work.

Eighty-six percent of voters say it is important to them that the president and Congress consider new laws to help keep working families economically secure.

Sadly, Oklahoma law does nothing to expand beyond the FMLA to make lives better for new parents in the state. Here’s what the report says about Oklahoma: OKLAHOMA –  F

Oklahoma law does not expand upon federal rights or protections for new and expecting parents who work in the private sector.

Oklahoma law does not expand upon federal rights or protections for new and expecting parents who work for the state.

I know this is a lot to read – much too long for a blog. But as I said, I’ve had this rolling around in my head for months. Now it’s out and it’s up to us. The two reports are important snapshots of what is missing, especially when it comes to daughters and moms, and how we might come to solutions that will benefit all of us.

And, of course, I’m selfishly thinking of my daughters.