Oklahoma is Not OK for Kids 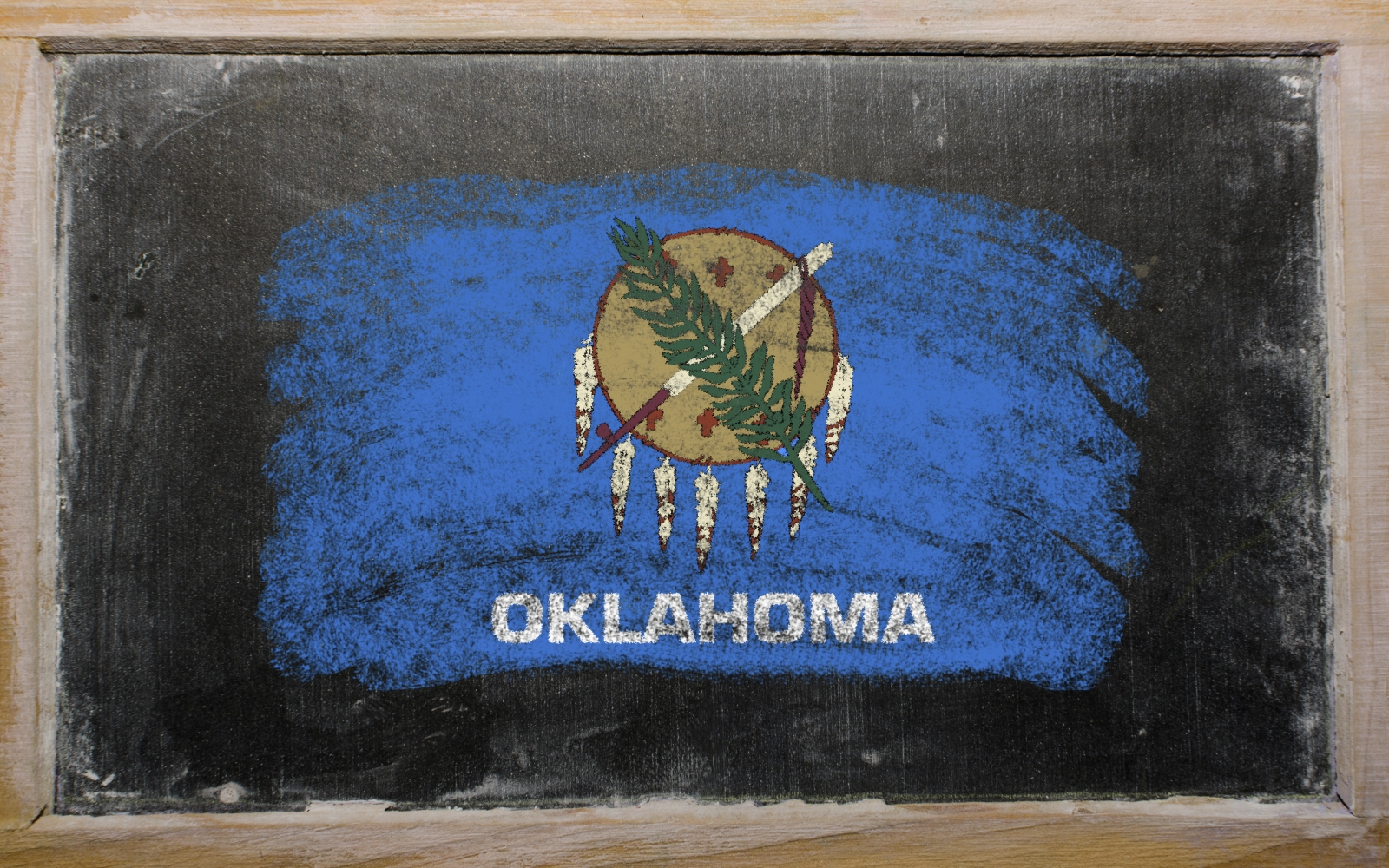 As the long-time editor of a parenting publication, my inbox is filled every day with statistics and information, both good and bad, about children and families. Today, I had an email from The Oklahoma Institute for Child Advocacy giving statistics on the welfare of children in Oklahoma. Sadly, our state is not so great if you’re a child.

The information is contained in the 25th Edition of THE KIDS COUNT Data Book (kidscount.org), and was released by the Annie E. Casey Foundation. Every year, Kids Count looks at 16 key indicators in order to assess how well children are faring in each state. Areas that are covered include: Economic Well-Being, Health, Education and Family and Community.

Oklahoma ranks 39th among 50 states. We dropped from 36th, so the state is not headed in the right direction when it comes to kids. According to Kids Count, this is “one of the largest declines in the U.S.”

Oklahoma has more children living in poverty, more teens not in school and not working and more parents lacking secure employment. “There is still little sign of improvement for many children in the state,” the report says.

Bright spots include improved preschool attendance and high school graduation. There were also “drops in child and teen mortality, teen substance abuse, and the percentage of children without health insurance.” While it’s great to see improvement, the report goes on to say that Oklahoma isn’t doing that well compared with other states in health and education. Even with the slight improvement, we still rank 41st. 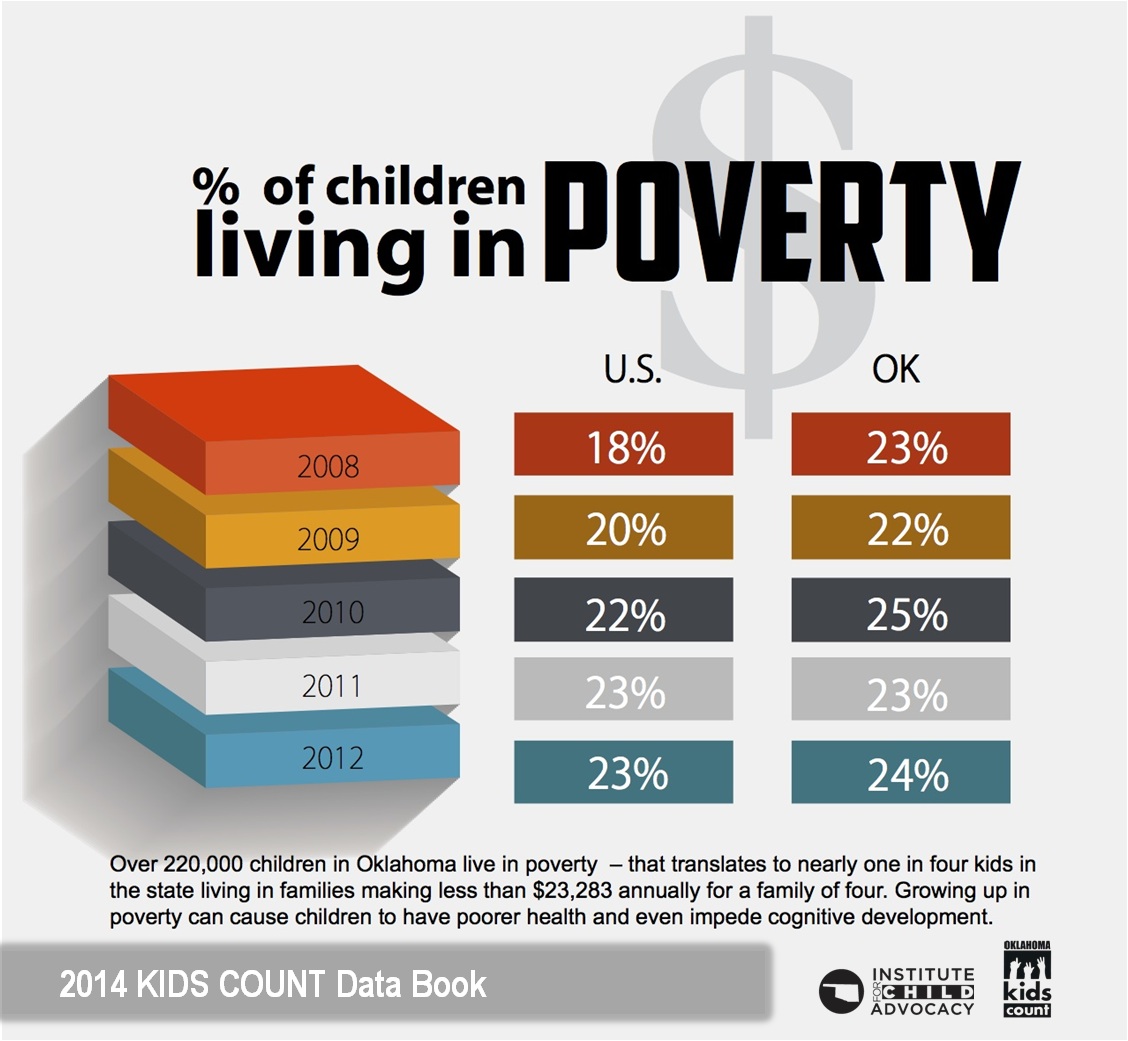 Two more bright spots noted in the report were that the teen birth rate is lower and slightly more children live in families where the head of the household has a high school diploma in Oklahoma. But these statistics are also a good news/bad news scenario. Oklahoma still ranks 49th in the nation for teen birth rates, and there are more children living in high-poverty areas than before.

These are sobering statistics for those of us who care about children. Statistically, children who are born into poverty tend to remain there. This doesn’t bode well for the future of Oklahoma.

And, historically, what has helped people in poverty rise out of that situation? Education. Right now, our governor and legislature would rather give citizens a few dollars in tax breaks than invest in public schools. If you’re extremely wealthy, you may see a real difference in your taxes, but most of us don’t fall into that area.

Children and families without health care are living in a precarious situation. The governor refuses to accept expanded Medicaid, so our dollars are going to other states to fund theirs. Struggling families in Oklahoma need our state government to work for them, not against them.