We have to decide if this is the kind of country we want to be. To actively do nothing is a decision as well,” President Obama said.

The city of Orlando on Monday released the names of some of those killed in the worst mass shooting in modern U.S. history. More names were added throughout the day to the list once their next of kin were notified. Those identified are:

All of these people had mothers, fathers, brothers, sisters, friends…. Just as with the other mass shootings, the horror of losing someone to senseless violence is unspeakable. The agony of the mom who couldn’t get information about her son, and then finds out he’s dead is just agonizing and gut-wrenching. 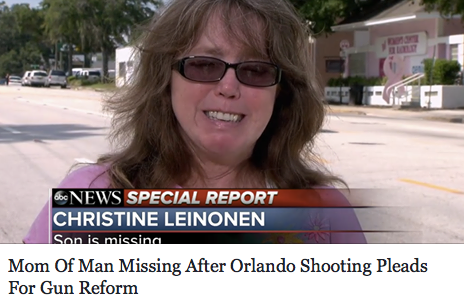 Why does anyone need a military type assault weapon except to kill people? Can’t we at least ban assault weapons? I think most people in the U.S. are in agreement about that.

There have been so many mass killings recently that I can’t even remember all of them. Don’t we owe it to these people, to the beautiful children who were killed in Newtown, the people killed in church in South Carolina, the victims at the community center in San Bernardino, the children and adults who are killed every day, don’t we owe it to them to do something?

“Civilians are acquiring greater numbers of increasingly powerful guns. The connection between per capita wealth and gun ownership is strong enough to suggest that as long as gun ownership laws are not changed, greater national wealth leads to greater gun ownership. The proliferation of civilian gun arsenals is not likely to slow anytime in the foreseeable future. Almost everywhere, civilian inventories are significantly larger than law enforcement or military stockpiles. With fewer than five per cent of the world’s population, the United States is home to roughly 35–50 per cent of the world’s civilian-owned guns.” 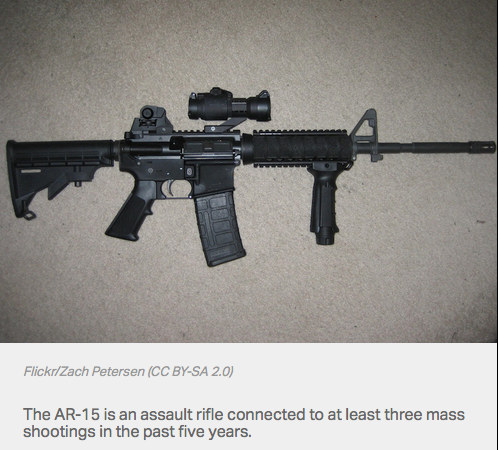 I have three children out in the world. I worry about them. The night of the Aurora, CO, shooting one of them was in Denver at an Americorps training. What if she and some friends had decided to go to that showing? It could have happened. In a culture where so many people are walking around with loaded guns, I worry that one of my children might be in the wrong place at the wrong time.

But we can do something. We can keep pushing for common sense gun safety legislation. Go to momsdemandaction.org to find out what you can do.