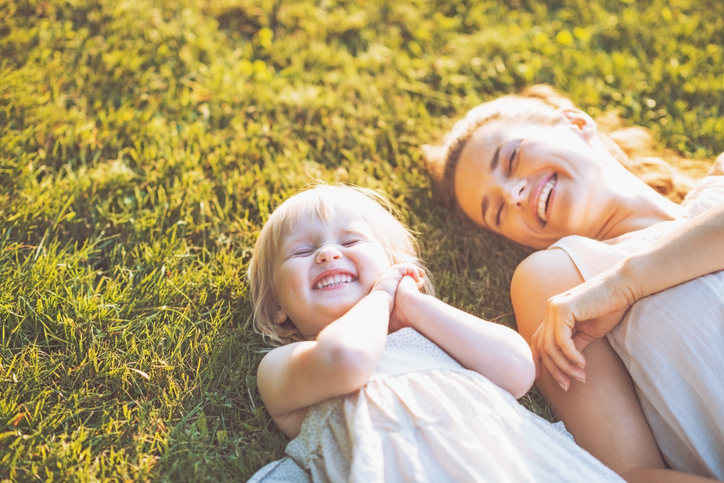 Thinking about natural birth led me to think about the next step: natural mothering.

I began to rethink, not only the way I would deliver my baby, but how I wanted to raise him.”

When a good friend told me she planned to use cloth diapers with her second child, I looked at her like she was crazy.

I had the same look on my face when another friend told me about delivering her nine-pound baby without an epidural, and it’s a look I’ve seen many times on the faces of others – directed toward me.

As an expectant first-time mother, I voraciously devoured any pregnancy-, childbirth- and baby-related literature I could get my hands on. That set of books and magazines included the typical, mainstream stuff marketed to and considered a “must read” for new mothers: What to Expect When You’re Expecting, The Girlfriend’s Guide to Pregnancy, Parents, etc.

It wasn’t until seven months into my pregnancy, as I watched videos of medicated and unmediated births and practiced deep chest breathing at my hospital-sponsored birthing class, that I started to consider a natural birth – natural meaning without an epidural, not just vaginal.

My class wasn’t geared toward mothers who planned natural births; in fact, when the nurse who taught the class asked how many of the mothers attending planned to have an epidural, all but me raised their hands.

What convinced me, though, was realizing that birth is a natural process and something that my body is completely capable of handling. The nurse explained to us, “The uterus is a smooth muscle, very similar to the heart, and childbirth is a natural function of the uterus. When your heart functions properly and naturally, it doesn’t hurt.”

So, in theory, neither should childbirth.

I’m not going to kid myself or any of you by saying my labor with my son, Isaac (who’s now one), wasn’t painful. But, in discovering that the pain is manageable and by learning techniques to manage the pain, I was able to remove a lot of the fear I had about childbirth and commit to having a natural birth.

From there, I began to question things I had previously read and seek out new information. I discovered Ina May Gaskin, Dr. Sears and Mothering magazine. I began to rethink, not only the way I would deliver my baby, but how I wanted to raise him. Suddenly, I was considering cloth diapers. I was also considering co-sleeping, baby wearing, making Isaac’s baby food and other things I had considered “crazy” before.

The idea of co-sleeping or refusing an epidural seems crazy to people because information about such things and their benefits aren’t widely available. When I began to seek out information, I found plenty of it, but I really had to look. I wish that more mainstream parenting magazines would include more information about natural and holistic parenting practices, especially as their popularity increases.

Luckily, TulsaKids is on board, offering this column, designed to offer information about alternative parenting. We’ll present information on such topics as breastfeeding, baby wearing, toys and playing, feeding, pregnancy and more. And we really want to hear from you, so we’ll continue the conversations we start here online at the (column name) blog on Tulsa Kids’ new website, tulsakids.com. See you there.