My Lunch at Manners Camp

Patty Banes, director of Boston Avenue Weekday School, invited me to be one of the special guests at a luncheon culminating a summer Manners Camp for children. I’ve known Patty for more than 20 years. She has a painted rock on her desk that my daughter, Mary, (now 24) made for her when “Miss Patty” was her preschool teacher. So, I was glad to be a guest to share lunch with the 6-year-olds as they practiced their table manners. Fortunately, Miss Patty provided me with a cheat-sheet beforehand – otherwise, the kids would have been calling me out on a few things. 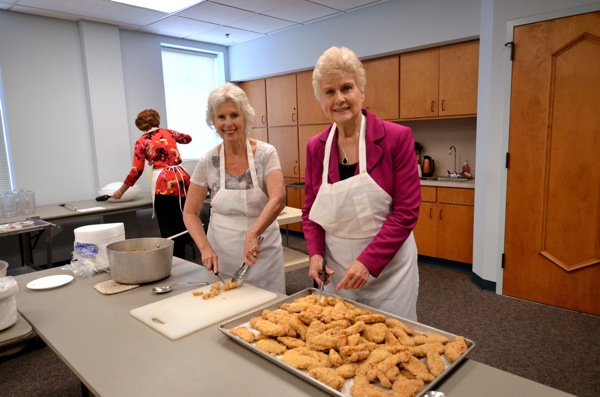 The tables were set with red, white and blue placemats made by the kids. Hank, one of the boys at my table, explained that his American flag had both blue and red stripes because he had run out of red paint. The plastic-ware was correctly positioned and the ladies who had volunteered to serve the food were doing a last-minute read-through of their instructions about proper serving technique.

I was seated at the head of the table and, besides Hank (whose name is Henry, but he informed me that everyone calls him Hank), there were two other Manners Camp graduates – Mary Kate and Chase. 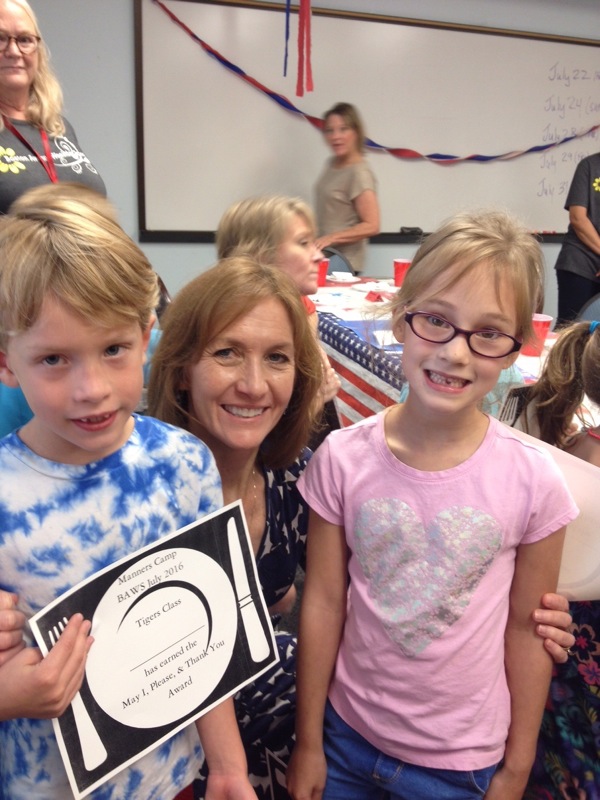 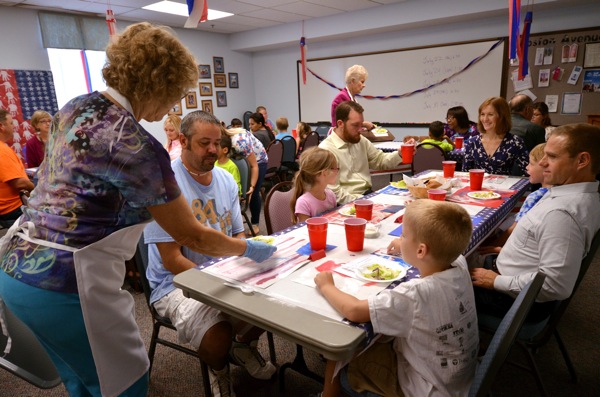 But I really was not the “Special Guest” at my table. The special guests were the dads who showed up to eat with Hank, Mary Kate and Chase. To say that the faces of the three children lit up when they saw their dads would be an understatement. It was as if a trio of celebrities had walked into the room. The three dads (and the moms, dads and grandparents at the other tables) may not realize how much their presence meant to their children, but it was apparent on their excited faces.

Everyone excelled at following the rules of good manners. There was no nose-picking at the table (one of the rules on Miss Patty’s list); everyone waited to eat until all at the table were served; no one picked up the chicken nuggets with fingers – forks were used.

I heard lots of pleases and thank-you’s in the room, not much wiggling, and the bread basket passing and table conversation were excellent. Hank spent some time leaning out of his chair to retrieve a napkin that seemed to mysteriously hop out of his lap from time-to-time, and Mary Kate observed his shenanigans with a tolerant and placid smile.

Spending an hour with the children at Manners Camp soothed my soul and helped me to remember the importance of showing simple respect toward one another. It really isn’t about the rules, but the philosophy behind them. It doesn’t matter that Hank’s napkin falls, but that he is excited about practicing politeness with his two younger brothers. Teaching young children how to be polite, kind and caring adults is really as basic as sharing family meals together, modeling respect for one another and showing children that manners matter in a family. The love and caring that these parents are sharing with their children at home is the foundation for creating a peaceful, tolerant world.