My Daughter Finally Understands How Much I Love Her! 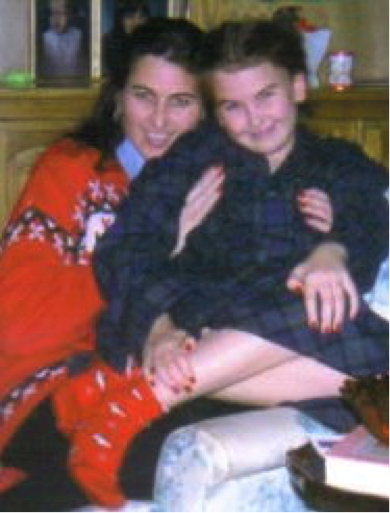 My daughter and I have always been close. She was an easy child, so stress-free I’ve often joked that she could have been raised by a pack of wolves and still turned out fine. Alexandra was always more of a thinker than a feeler, preferring an interesting discussion about DNA sequencing to a cozy snuggle. Now that she’s a mother herself, I have watched in joy as the more emotional side of her has blossomed. A few weeks ago, as she sat nursing her three-month-old daughter while her three-year-old son was happily playing nearby, she turned to me with tears of joy in her eyes and said, “Mom, I finally understand how much you love me.”

I laughed and cried just a bit. Despite thirty-three years of repeatedly telling Alexandra how much I love her, it just didn’t fully sink in until she felt those deep parental, unconditional love feelings for her babies. I get it. It’s a feeling so extraordinary you can’t explain; you have to experience it. Being a parent to young children brings up extreme emotions, good and bad. If you weren’t parented well by your parents, it might bring feelings of sadness, resentment, and loss. If you were parented with love and kindness, it makes you grateful and can form a closer connection to your parents.

The story about my daughter getting lost in the woods has been repeated so often it has become legendary in our family. Let me clarify this did not occur when she was a child. She was a twenty-three-year-old grown woman in vet school, but she was, and will always be, MY child. We were visiting Stillwater and arranged to meet at Hideaway. My youngest daughter, Caroline, and her boyfriend arrived, Alexandra’s boyfriend arrived, several of their friends joined us, but still no Alexandra. Then I received a call from her, “Mom, I’m with Kristina and the dogs, and we’re lost in the woods by Lake Blackwell, and my phone is about to die.” Click, her phone died.

The seven of us sitting at that table knew Alexandra well. It was no secret she had a terrible sense of direction and naïvely believed everyone was her friend. I could imagine her getting into a car with a nefarious stranger or going to knock on the door of a creepy-looking cabin in the woods where a serial killer lived. The sun was getting lower in the sky, and it would be getting cold soon. We quickly put together a plan, got into four cars, and started the search. An hour later, we still hadn’t found her. I called the police. As I tearfully explained to the police that my grown daughter was lost, Caroline’s car pulled up with Alexandra, her friend, and their dogs. Caroline was the hero of the day; she had found them walking on the highway in the wrong direction. Alexandra jumped out of her sister’s car, bouncing like Tigger, talking a hundred miles a minute, a big smile on her face, describing the big adventure she’d had. I was crying tears of relief and attempting to smother her with hugs. She looked at me like I was an alien, shrugged off my hugs, and went on excitedly detailing her adventure in the woods.

For a decade, I have endured my family making fun of me for what they perceived as me being overly emotional during the “lost in the woods” episode. Thanks to Facebook, we know last week was the tenth anniversary of the experience, and my daughter shared it on her page. When someone made a mocking comment about me overreacting, my daughter replied, “No, I understand now how worried she was. I would feel the same way about my kids.” Yes! She finally understands how very much she is loved!

Parenting is hard. Nothing prepares you for the exhausting late-night hours pacing the floors “zombie-like” with a colicky baby. Before you’re a parent, it’s hard to imagine attempting to calm a three-year-old having a meltdown because they want the word dragon to start with the letter F. No one tells you there might be a day when your child slams their bedroom door and says, “I hate you,” or heartbreaking times your teenager struggles with depression. No one warns you that your twenty-three-year-old might get lost in the woods, and you will still be just as worried about that adult child because mothering never really ends. But then there is the other end of the spectrum no one can explain – the ridiculous, limitless love that makes your heart grow ten sizes.

It’s almost inexplicable why we love these little leeches so much. They drain us of our time, energy, and money, but they give back in unquantifiable ways. Watching my daughter experience motherhood, seeing how very much she loves her children and coming to the realization of how much I love her feels like we’ve come full circle. I could never explain it no matter what words I used. She had to feel it for herself.

Elizabeth Stone said it best when she said, “Making the decision to have a child is momentous. It is to decide forever to have your heart go walking around outside your body.” That feeling goes way beyond the 18 years assigned to “childhood,” especially when your heart goes walking in the woods. 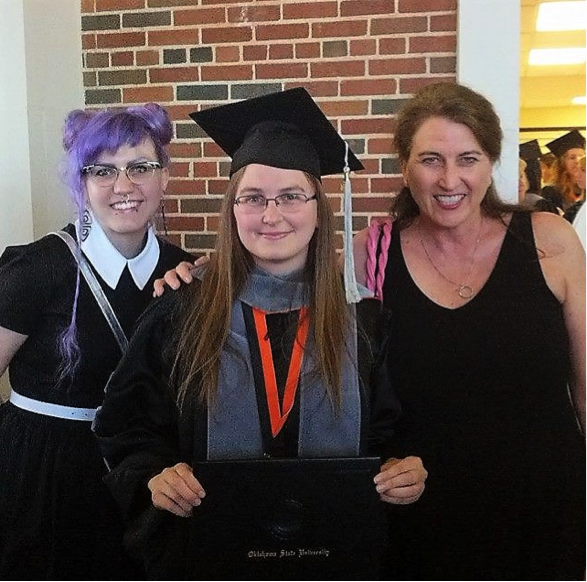 She may have Dr. ahead of her name now, but she is still my baby. 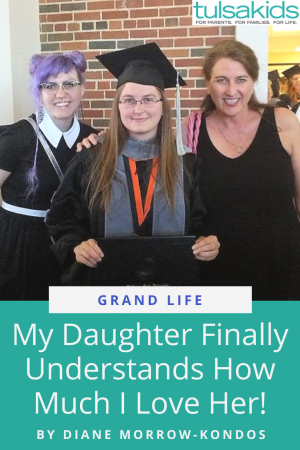