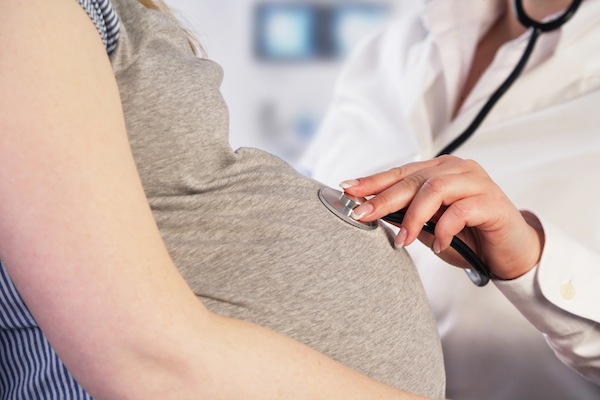 A new study published this month in the American Journal of Obstetrics and Gynecology found that allowing women just one more hour of pushing during labor can cut their c-section rate in half. In half, folks!

Typically, the American College of Obstetricians and Gynecologists (ACOG) gives laboring moms 2 hours to push (without epidural anesthesia) and 3 hours (with epidural anesthesia). Anything longer than that is considered a “prolonged second stage of labor,” which could lead to medical interventions. Think: vacuum extractor, forceps, or c-section.

But what if these time limits on pushing were arbitrary? Or if not arbitrary, definitely archaic. ACOG’s time limits 2 hour/3 hour are actually based on expert opinion from the 1800s. Yep, over 100 year old opinion. (Think about how much birth and life have changed since the 1800s!) When reassessed in the 1950s, researchers opted not to conduct new studies, but to look over earlier data instead. They found that women typically took about 2 hours without anesthesia to birth their babies, and that those women who delivered within 2 hours seemed to have lower rates of infection and postpartum hemorrhage. But these were not clinical studies. There was no random control. Just opinions. And unfortunately it’s still what OBs base their decisions on today.

Of course, when medically necessary, cesarean sections are serious life-savers for moms and babies. No doubt about that! But at a whopping 13-22% over the World Health Organization’s ideal cesarean rate of 10-19%, we know we have a problem. Far too many cesareans preformed in the US each year are not medically necessary and could be prevented.

How could they be prevented? Well, in part, there’s a pretty simple solution. To just be a bit more patient. If allowing women to push for just one more hour can cut the c-section rate in half (and without any statistical difference in maternal or neonatal outcomes), imagine what relaxing time constraints on other stages and phases of labor could do!

This is to a large degree what the New Guidelines for the Safe Prevention of the Primary Cesarean Delivery, published in March of 2014, has shown. The Guidelines state that OBs should be more patient with slow labors (especially if mom is 6cm dilated or less), that they shouldn’t be inducing moms before 41 weeks (unless there’s an actual, individualized medical reason), and that we should allow longer durations of labor on a person-to-person basis.

But haven’t we moms been saying this for a while? Just put the brakes on a bit and let our bodies do what they need to do. Of course we want our care-providers to be attentive and conscientious and to step in if medical intervention is necessary. But much of the time we just want them to sit on their hands, trust the process and let us mamas rock our birth.

Epidurals During Labor: Benefits and Risks

Top 3 Podcasts for Pregnancy and Birth