Matthew: Our Gift from God

Editor’s Note: March is Developmental Disabilities Month. Diane Morrow-Kondos has invited different parents to share their story of raising a child with a developmental disability. These will be published each week in March 2021. 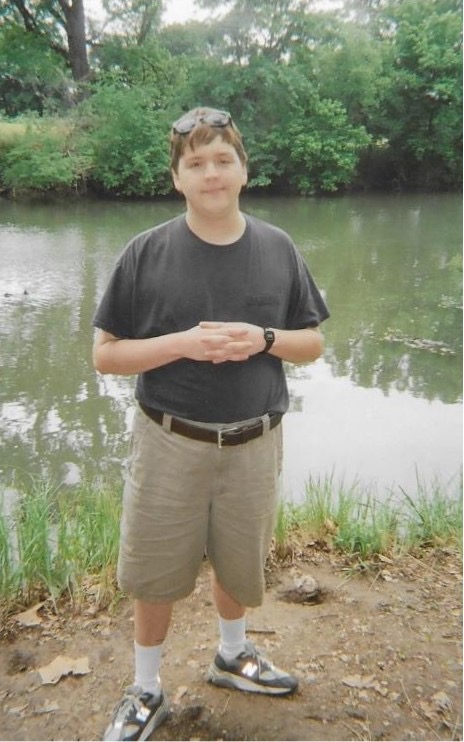 Our son, Matthew, was born in December 1992.  He was our “gift from God” after adopting his big sister and struggling with infertility for years.  While still in the hospital, our nurse noticed that Matthew didn’t clench his fists like most babies; instead, his fingers were splayed wide open.  After an anxiety-inducing MRI, we were told there was nothing discernible at that time, but we should follow up with a pediatric neurologist. At nine months, Matthew was pronounced developmentally on track and was released from the neurologist’s care. At eighteen months, Matthew’s little brother was born. Life was good.

Luckily for us, the early concerns about Matthew never really vanished, so even though he walked at nine months, he didn’t talk on time. So around two, he began speech therapy through Sooner Start. This led to physical therapy and occupational therapy as well.  When he turned three, and he still wasn’t on track, we knew it was time to go back to the doctor.

In the 1980s, the incidence of autism was 4 in 10,000 live births.  In the 1990s, that number leaped to 1 in 2500 and later to 1 in 1000.  Matthew was one of the first children with autism that our pediatrician had as a patient, and he had been in practice for almost two decades. We knew we were not alone, but all the parents we met along the way were overwhelmed and scrambling.  If I met someone who knew someone with a child with autism, I would cold call them for advice. We followed every news report of “cures” that popped up with regularity. Looking back, it seems like some of them came from a traveling snake oil salesman.  None of them cured Matthew.  We pressed on with behavioral, speech, physical and occupational therapy.  We were one of the lucky ones who had insurance that mostly covered these therapies. 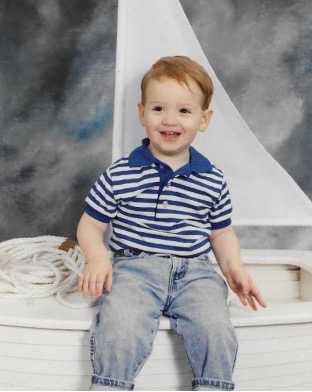 Improvement was made, but it wasn’t a straight line. He had “splinter skills.” He could count to 100 before he said “Mama” or “Dada.” His first sentence was, “Sesame Street was brought to you today by the Corporation for Public Broadcasting and the annual support from viewers like you.”  He read without being taught.  I’ll never forget driving down the street and hearing his little voice saying “one way” every so often.  I wondered if God was talking to me through him (most likely He was), but I also realized Matthew was reading the street signs out loud!

Unfortunately, “splinter skills” means some skills are above the average, and some are below the average. Mathew’s social skills were lacking, and he had absolutely no fear.  When all the children cowered when a clown came to visit his preschool class, he walked up and honked his nose. His escapes from home, class, and church were numerous and legendary. So, although improvement came, it became clear over time that Matthew’s autism would be forever.  Today, the incidence of autism is 1 in 58 live births, and although research has been constant over Matthew’s lifetime, it would appear we are not much closer to understanding its cause.

School was an adventure. I’m not sure if that’s the best word to describe the unending effort to get him what he needed, but it’s certainly a nicer word than some I’ve used on occasion over the course of his education.  Matthew had some spectacular teachers and some not so much.  He had paraprofessionals that gave us the best gift ever, peace of mind.  For all of the people involved in his education who smiled when he walked in the room, we are forever grateful. A special shout out to the students who befriended him in school and the students’ parents who taught their kids what it really looks like to be kind and love your neighbor.

Now we are navigating life after school.  This stage is the one we all dreaded because there are very few spots for very few people like Matthew. Matthew has been blessed by two local programs for adults with developmental differences, Pathways Adult Learning Center at Kirk of the Hills and A New Leaf, a nursery in Broken Arrow.  Pre-pandemic, Matthew worked three days a week at A New Leaf in their Seeds program, making jewelry and doing tasks for local businesses like folding menus. He loved going into the community to run errands for A New Leaf.  Most of the other clients worked in the greenhouses or in the fields planting and tending to the crops. However, Matthew did not like getting his hands dirty working in the soil, so this worked out perfectly.

Matthew went to Pathways two days a week but has been attending Pathways’ online classes for the last year.  The program is more like school with courses like art, music, reading, Bible study, math, exercise, dance parties, and practicing for Special Olympics. Matthew particularly liked volunteering at the Food Bank and visiting local nursing homes. Like everyone in the world, he has missed his regular routine, and is looking forward to returning in person this spring.

Many parents of special needs children believe they have a book waiting to be written.  We all have hilarious stories and heartbreaking stories about life with our kids.  It’s hard to know how much to tell and where to stop this article.  Since our child is the oldest in this series, we’ll end with a little wisdom we picked up along the way:

What is our long-term future?  I know we won’t live forever, but what that will look like is an article for another day. We’re just taking it one day at a time. 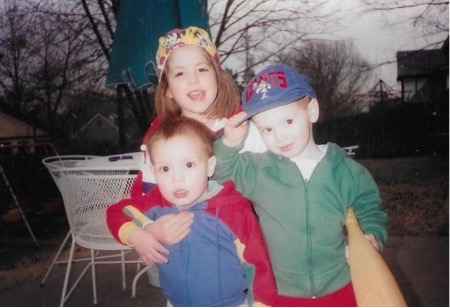 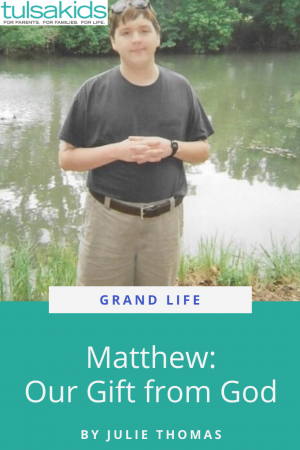