Make Ice Cream Pie for the Fourth of July

Last week I was talking about ice cream with my co-workers. Specifically homemade ice cream. That brought back warm memories of my childhood in the summer when my mom would mix up the custard, and my dad would churn it on the back patio. He packed ice and rock salt all around the cylinder and then put newspapers or a towel over the top. In the beginning, my brother, sister and I would take turns cranking the handle, but as it got harder to turn, my dad would take over. One of us would sit on top of the ice cream maker to hold it down as the ice cream hardened. Homemade ice cream was a must for our family Fourth of July celebration.

I don’t have an ice cream maker. But, I can make something special with ice cream. I found this layered ice cream pie and adjusted a couple of ingredients to make it even easier. Even if you’ve waited until the last minute, this simple dessert could blast your classic hot dogs and chips Fourth of July dinner into the stratosphere. It’s so easy. Decorate the top with red, white and blue sprinkles and maybe a few American flag picks to make it look really special.

Scrape the frosting (or most of it) off of the cupcakes and crumble them in the pie pan. Press them in to the bottom and up the sides of the pan. You can put this in the freezer for a few minutes to “set” the crust so crumbs don’t come off of it when you spread ice cream over it. 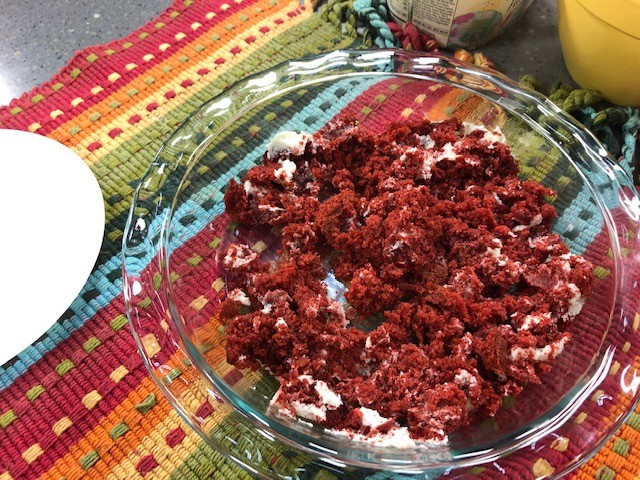 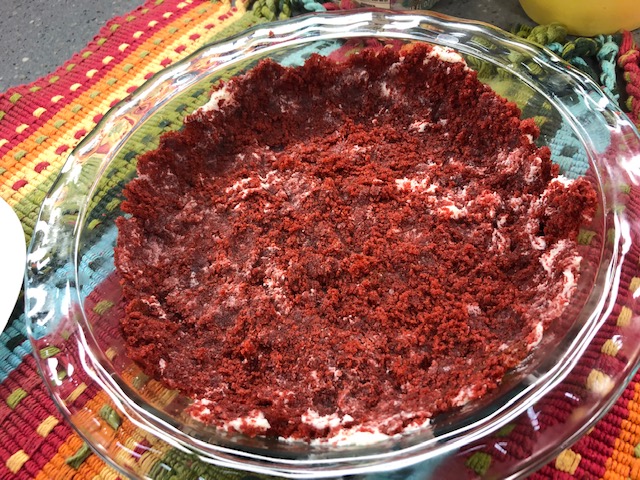 When vanilla ice cream is soft enough to spread, use a spatula to spread a layer over the cupcake crust. If it’s too soft, put it in the freezer until it firms up. 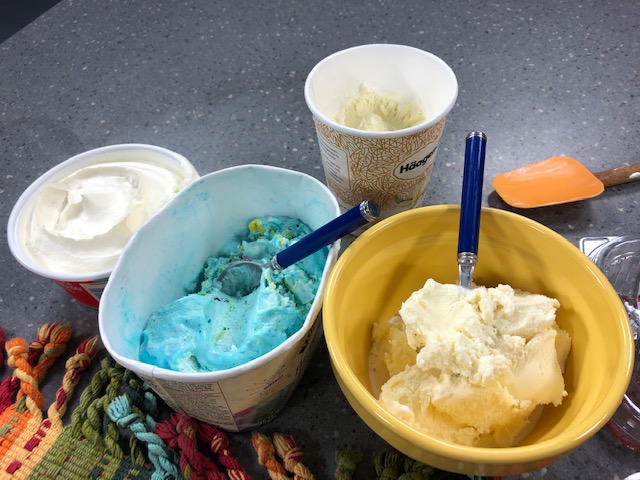 Spread a layer of blue ice cream over the vanilla.

Put in freezer until almost ready to serve. Let it sit out long enough to cut easily. 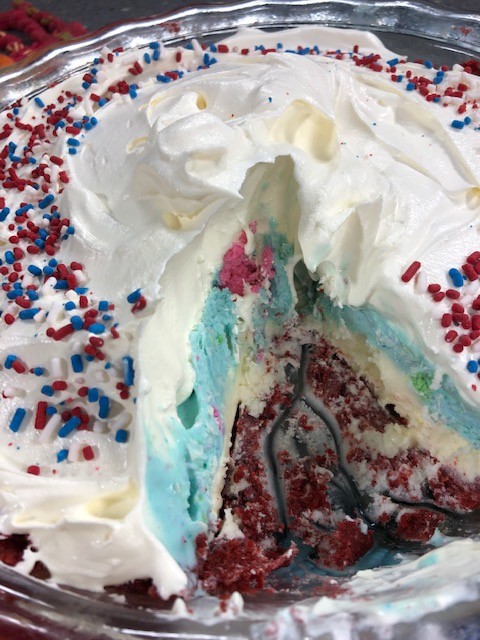 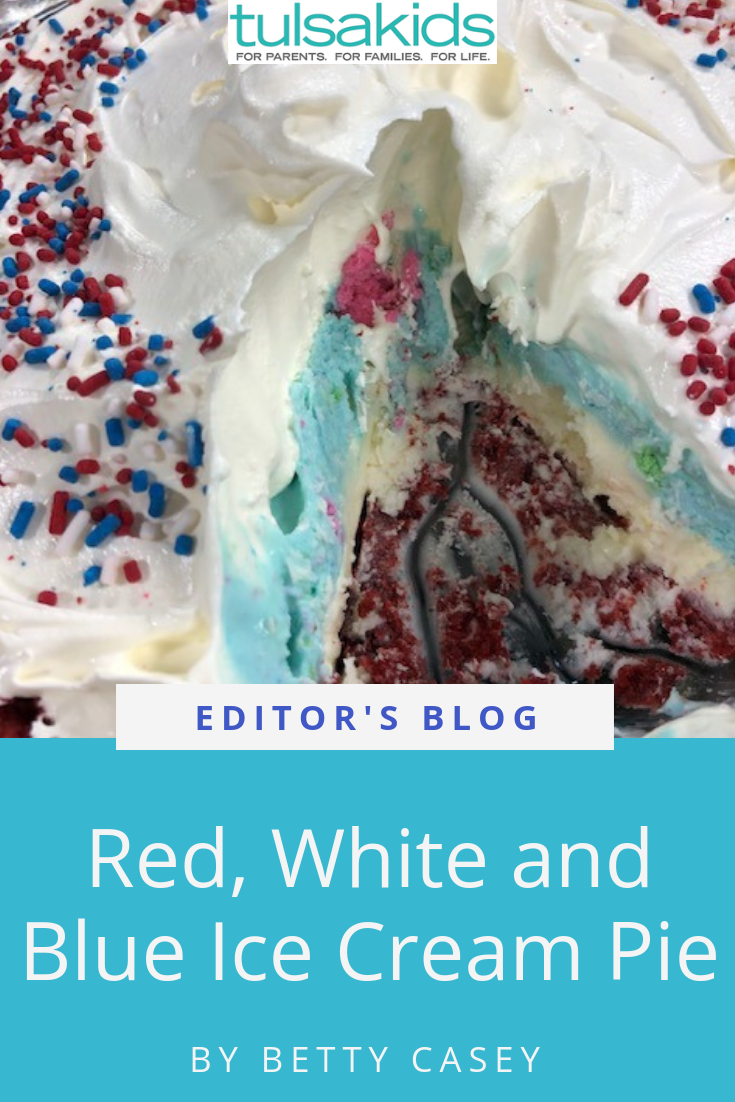