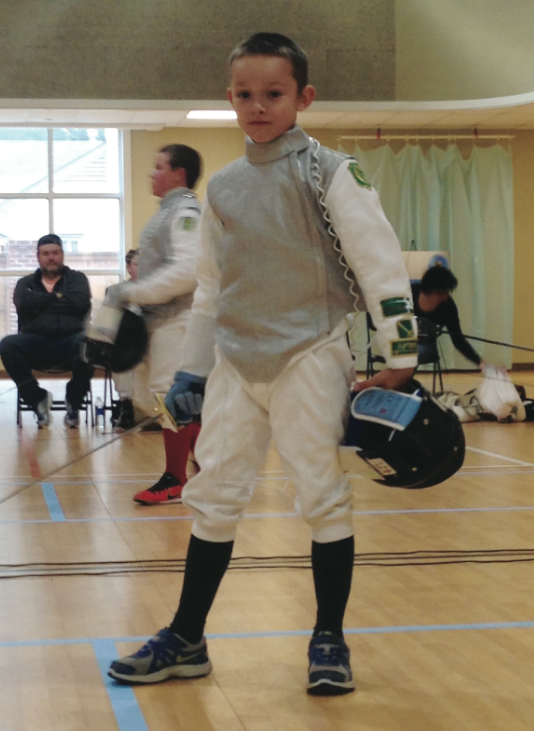 Cole Tomlinson became intrigued with the sport of fencing while watching the Olympics on television. The fourth grader convinced his dad to let him join the Tulsa Fencing Club and now, two years into the sport, Cole has become quite skillful with the foil. Cole has had success competing in local fencing tournaments and his long-term goal is to one day compete in the Olympics. Touché!

TK: How did you learn about the sport of fencing?

Cole: I learned about the sport of fencing by watching it on the Olympics and my dad getting me involved in the Tulsa Fencing Club.

TK: How long have you been fencing and how many days a week do you take lessons or practice?

Cole: I have been fencing for a little over two years now, and I have class twice a week, Tuesdays and Thursdays.

TK: What equipment do you wear and what type of weapon do you use when you fence?

Cole: Our fencing gear consists of knickers, plastron, jacket, long socks, lame, glove, mask and the cords to plug into my weapon and score box. My weapon is called foil.

TK: Do you compete in fencing tournaments and what is that experience like?

Cole: Yes, I have competed in several tournaments. The experience is interesting, and it can be a bit overwhelming fencing kids from all over the United States. Some of them are very good and have been fencing longer than I have.

TK: What are your future goals with fencing?