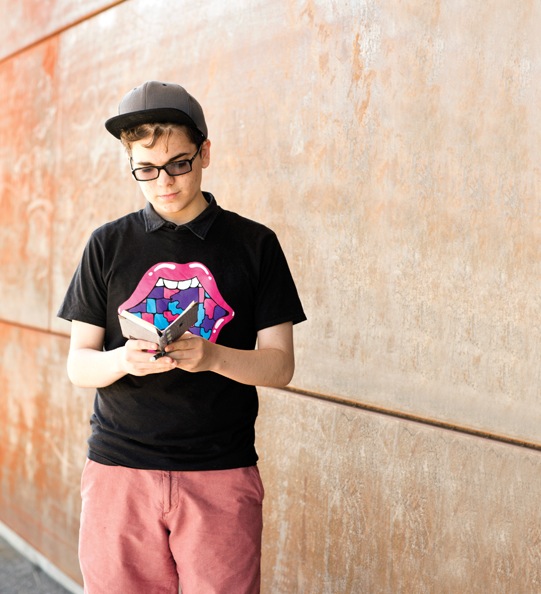 Music and poetry are one and the same to Bixby High School Junior Brook Becker. This year’s Tulsa Arts and Humanities Council Louder Than a Bomb Indy Champ, Brook has very early memories of music. While he enjoyed musical beats and sounds, the lyrics stood out and became poems he analyzed and recited. Brook, along with nine other Tulsa Louder Than a Bomb teen poets, performed in Chicago in March. He described performing his poems in front of an audience as “an absolute thrill.”

Brook: I became interested in poetry at quite an early age, due to being always interested in music since I remember having conscious thoughts. I could not place the exact age, but I would be able to tell you that it is before the age of 6.

TK: What topics do you write about in your poetry?

Brook: I often write about whatever is on my mind at the moment, or something I have been conjugating. As a result of that, I often write about social issues and observances I have about the world such as prescription drug abuse or how fast-food tries to pass itself off as “healthy” or “home-cooking.”

TK: Do you enjoy performing your poetry in front of an audience?

Brook: Performing in front of an audience is an absolute thrill for me because I have an interest in a career in music, so I am at my best whenever I am rocking a mic. That is not to say that everything I write or enjoy writing is something I would enjoy performing; not to say I think it is bad, but for one personal reason or another, I just do not have that much desire to perform it. I see it as how you can release a track on an album—-and by all means it can be a fantastic piece—-but not something you would ever perform live.

TK: As the individual winner of the Tulsa Louder Than a Bomb contest you will travel to Chicago for a national contest.  When is that competition and how will you prepare for the competition?

Brook: The competition is March 14th, which is when the team grudge match is. I am not actually performing on my own, but myself and nine other absolutely fantastic poets are making up Team Tulsa to represent our city at Chicago, so we decided instead of [one person] going up on the stage, we all perform together in duo pieces, trio pieces, and group pieces. Which, honestly, I am more excited for that than anything else, because not only does that give me the opportunity to work with the fantastic Liam Carey of Holland Hall, but that gives me an excuse to perform my indie pieces seeing as I never took them to Chicago.

Brook: Maybe it comes from having met them, but I always seem to love local poets more than anyone else such as Claire Collins and Written Quincy. As far as, say, a more classical poet, I would go with Langston Hughes; although, he may be too far in the 20th century to be considered so. I could not truly give you my favorite poem, because it too often depends on my mood, but as of this moment, my favorite piece is “Real” by Kendrick Lamar.