I was the ‘Perfect’ Parent…

I’m taking a break from my normal blog this week, and in its place is an article I wrote during the time I was a single parent of two young children, many years ago.  My inspiration for this article was a man I was dating who had never had children, yet he always seemed to think he knew the solution for all parenting issues. Needless to say, it was a short-lived romance.

I was the perfect parent, and then I had a child. It’s so easy to spout theories and philosophies about child rearing, there are many books educating would-be parents about every aspect of parenting. A PhD in Child Development, while impressive, can’t begin to compare with a stint on the front lines of parenting duty! It’s easy to be an expert, until the baby arrives.

I was one of those infuriating childless, child experts smugly believing I had the answers to it all.  Little did I know, I hadn’t even figured out the questions!

An incident in the grocery store before I had kids illustrates my former self-righteous parenting attitude. As I was leisurely perusing the aisles and stocking my cart with single-serving dinners, artichoke hearts and martini makings, my peace was rudely interrupted by shrieking sounds coming from the cereal aisle. Worried that WWIII had erupted, I cautiously peered around the corner. Two young children, obviously brother and sister, were engaged in hand to hand combat, rabidly fighting over the possession of a box of cocoa puffs. Half-heartedly trying to stop the battle was a very tired-looking, unkempt woman pushing a cart filled with junk food. I stared at the children, appalled at their disheveled appearance; they were dirty and wearing mismatched clothing. No wonder their behavior was terrible, their lazy mother was feeding them “kid food”! How could any mother allow her children to be seen in public with unwashed faces, clothes that had the remains of breakfast evident and hair that had not recently had an encounter with a brush?!

My children, I arrogantly thought, would always be clean and neat, dressed in freshly laundered clothes and have perfectly groomed hair. Even more importantly, my angels would graciously share and exemplify the essence of sibling love. They would certainly never stoop to the level of fighting over something as trivial as a box of cereal! 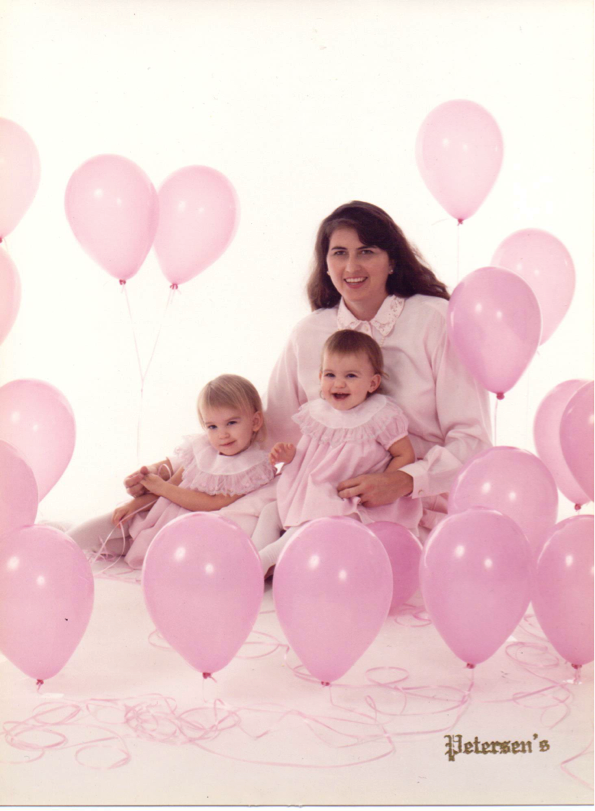 Fast forward five years, yes, a scant five years, and my life had totally transformed and now included my own two little darlings – ages one and two. As I trudged down Aisle 13B (“kid food” territory), I came to the painful realization I had become “that” mother! I was now part of the tribe of women I had once held in lofty disdain, real-life mothers!

The Stepford children I had once envisioned, little girls in pastel-colored, hand-smocked dresses with matching hair bows, never seemed to materialize. In their place were two children attired in dirty overalls and T-shirts displaying their lunch of green beans and sweet potatoes. Hairstyles suggesting close contact with high voltage had rudely interrupted my notion of perfectly placed bows.

I had been so certain my children would have sweet dispositions, polite manners and love each other devotedly, but as I looked at my raggedy looking children, I saw my two-year-old busily devising a strategy to remove a much-coveted bottle from her sister’s mouth.  Second children seem to be born with an instinct for survival-of-the-fittest, and my baby exhibited a mastery of this skill as she sank her newly acquired pearly whites into her sister’s offending hand. As the two-year-old shrieked in pain, I noticed a polished, smartly dressed woman staring at my menagerie in open-mouthed horror. Obviously, she had no children! 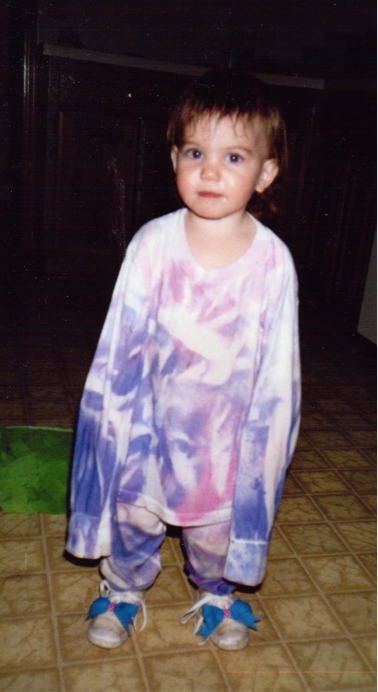 Yet, I remained either a fool or an eternal optimist. Another incident comes to my mind – no matter how I struggle to keep it out. It was a beautiful Sunday morning and we had made it to church with the girls looking adorable; cute dresses, bows in their brushed hair and even shoes on the correct feet. From my self-annointed pedestal of parenting perfection, I gazed at my daughters quietly studying their children’s Bibles, paragons of purity and sweetness. I started zoning out during the sermon, contemplating what a wonderful parent I was, perhaps I finally had it all together. The call for communion brought me out of my reverie and my darlings followed me down the aisle. Standing in line to receive the Holy Sacrament, I suddenly heard a commotion behind me. Turning around, I was aghast to see it was my two “perfect” daughters pushing, hitting and pulling each other’s hair!! Horribly embarrassed and deeply humiliated, I rushed them out of the back door of the sanctuary. At least I got half of the equation right that day, they did LOOK adorable!

Parenting has humbled me, teaching me not to judge others too harshly. We all have our battles and some days of parenting are tough, harder than you could ever  have imagined. Perfection is no longer even a thought, survival has become the goal. Older women like to say the years of parenting fly by and although that’s true, there are some days that seem to last forever!