How I became an advocate for people with i/dd

Editor’s Note: March is Developmental Disabilities Month. Diane Morrow-Kondos has invited different parents to share their story of raising a child with a developmental disability. These will be published each week in March 2021. Today’s article is by Lisa Turner, Executive Director of The Arc of Oklahoma. 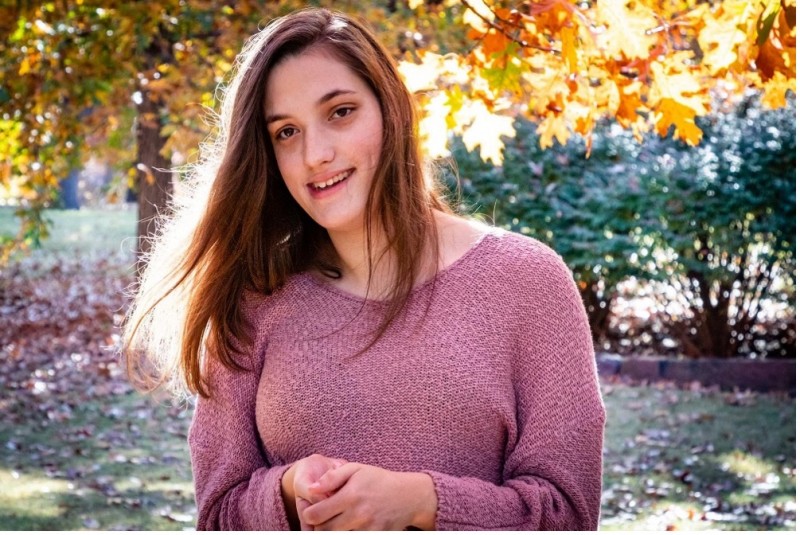 March 12, 2001, began like any other spring day. The sun was shining, grass was sprouting, and trees were beginning to bud. Spring was on its way, and everywhere I turned there were signs of new life, including in my own life. I had just entered my third trimester of my first pregnancy, and I was looking forward to my first baby shower in a few days.

But just as spring brings sunshine, it also brings storms. Later that afternoon, my storm began with pre-term labor and the premature birth of my daughter, Madison Dawn. Madison was born nine weeks early with the umbilical cord wrapped around her neck. The doctor quickly held her up so I could see her. She was blue, not breathing, and was immediately taken across the room where a team of neonatologists worked to resuscitate her tiny four-pound body.  After what seemed like an eternity, I heard a very faint cry, and a sigh of relief enveloped the tense room. She was immediately whisked away to the Neonatal Intensive Care Unit, where I would not see her for more than 24 hours and could not hold her for another 48 hours. The only source of connection was a single polaroid picture that they gave me.

The next morning, I was finally able to see her through the incubator. My tiny little girl was covered in wires, IVs, and other life-supporting devices. My heart was overcome with worry, fear, and sadness.

Doctors were unable to determine what caused my premature delivery but were optimistic about Madison’s development, stating that although she would be delayed, most premature babies catch up to their peers by their second birthday. After four long weeks in the hospital, I took her home and began early intervention services to ensure that she would catch up.

Unfortunately, at nine months of age, we were hit by another storm, the diagnosis of cerebral palsy (CP), a neurological disorder that permanently affects body movement and muscle coordination. CP is caused by damage to or abnormalities inside the developing brain that disrupt the brain’s ability to control movement and maintain posture and balance.

My world crashed. All the hopes and dreams that I had for my daughter were crushed. All the things that parents look forward to seemed impossible. My mind was flooded with emotions and the overwhelming sadness that she could not have the life I dreamt of for her. Would she ever walk?  Would I hear her say, “I love you”? Would she have friends? Would she learn to drive? Would she play sports? Would she get invited to the prom? Would she marry and have children? Would she have a job? Would she be able to live on her own? Who will take care of her when I’m gone?

All of these fears consumed me until I was spiraling into a deep, dark depression.

I began doubting my faith and asking, “Why did this happen to me? Why did this happen to my daughter? What did I do to deserve this? How can a loving God allow this to happen to an innocent child?” I spent years in this phase of doubt, anger, and sadness. Yet, I was fortunate to have a wonderful faith community, a good job, health insurance, and access to good mental health services, which helped me manage my depression and climb out of the darkness. With a lot of prayer, a supportive family, medication, and a great therapist, my thoughts began slowly shifting from a victim mentality to that of a motivated, protective and powerful advocate.

This was a pivotal change in my mindset and in my actions. I began focusing on “How can I use our experience to help others? How can I ensure that my daughter and others with disabilities have the services and supports to live their best lives? What needs to happen to ensure mothers and fathers of children with disabilities or chronic health conditions have the support they need?”

I felt so passionate about disability issues that I decided to shift my career path from business and finance to supporting families and serving individuals with disabilities. Over the past twenty years, I have had the privilege to work for Oklahoma Family Network, Ability Resources, Mental Health Association Oklahoma, and now, The Arc of Oklahoma (formerly TARC).

The Arc of Oklahoma is the state affiliate of The Arc of the United States, which is the nation’s largest non-profit advocacy organization advocating for, and with people with intellectual and developmental disabilities and their families. We promote and protect the human rights of people with disabilities and actively support their full inclusion and participation in the community throughout their lifetimes. Since 1952, we have been doing this important work in Tulsa and are now excited to expand our services across the state. We are working to ensure that all individuals with disabilities have the same rights, freedoms, and choices to live, work, and play in their community. We want each person to reach their fullest potential and to live their best life.

So, what happened to my tiny four-pound premature baby? In spite of what doctors told us, she learned to walk independently at four years old and is the happiest person you will meet. Her cognition and self-help skills are significantly delayed, but she can communicate her wants and needs with limited words, sign language, gestures, and a communication app. Although Madison will always need someone with her to ensure her safety and health, she loves her independence and definitely has strong opinions. Some might even say she’s a little stubborn (like her mom!) 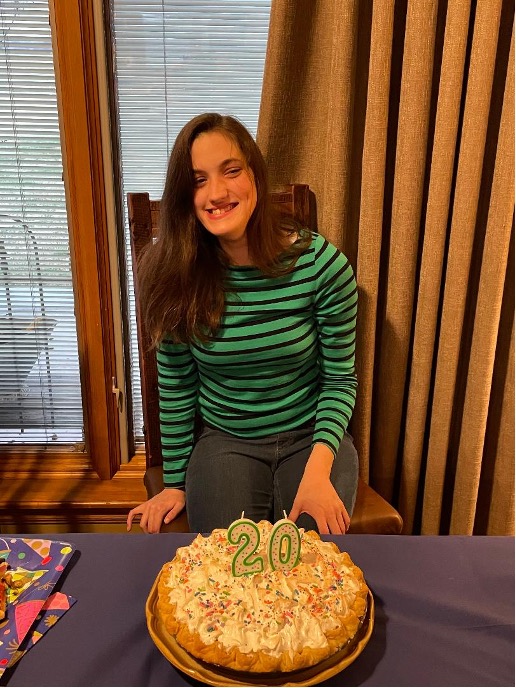 Madison just celebrated her 20th birthday with her favorite things: her family, pizza, and pie! She will be graduating from high school in May and will continue to work on self-help skills to become as independent as possible. She loves listening to music, dancing, playing hide and seek, and going on drives for ice cream shakes. Madison reminds me each day to live in the moment, to love and accept everyone, and to appreciate the little things in life. Her smile is infectious, and her spirit is angelic.

Although spring storms still come in the form of daily life challenges, worries about her future, and the exhaustion that comes with being the full-time caregiver of an adult with multiple disabilities, our sunny days outnumber the stormy ones. I am thankful for every day that I have with Madison, for the lessons I have learned from being her mom, and for the blessing it is to work towards improving our community and state for those with disabilities. 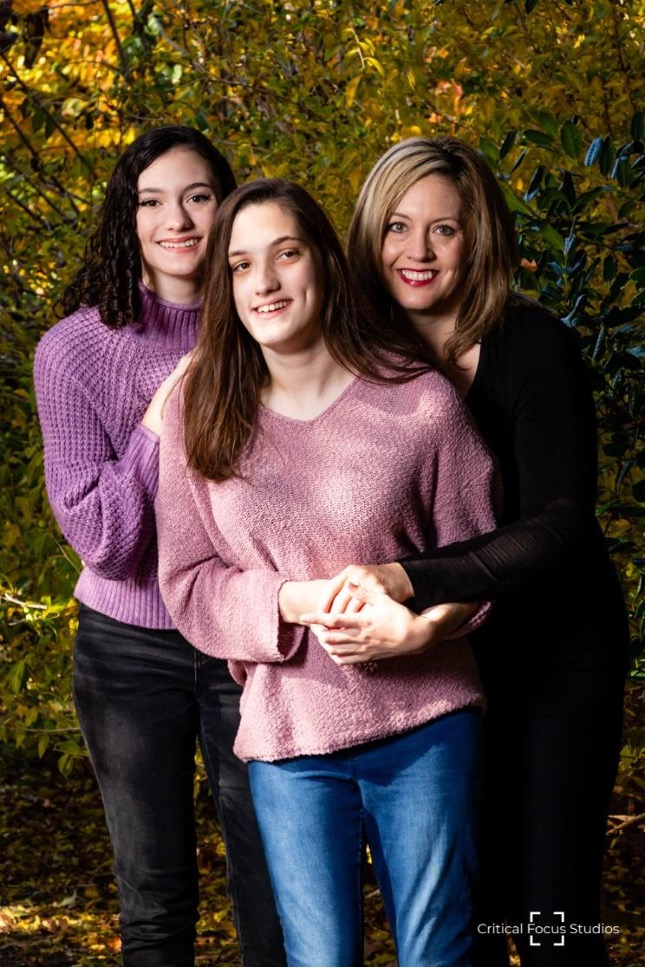 Lisa Turner with her two daughters, Madison and Megan. 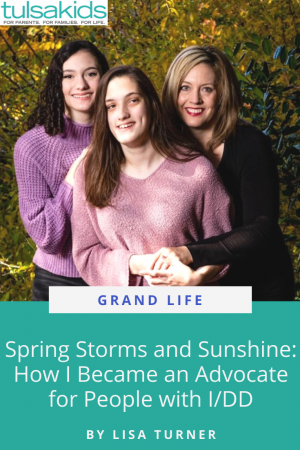