Hot Weather and Vehicles can be a Deadly Combination for Kids 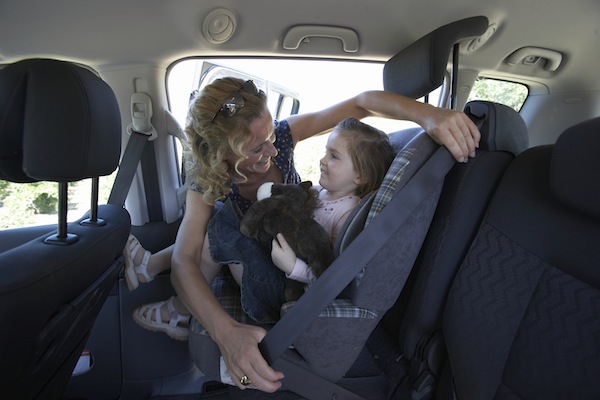 A few minutes might not seem like a long time, but there are circumstances when it can mean the difference between life and death. As temperatures begin to heat up, children are at a serious risk for heat stroke when left alone even for a few minutes in a closed vehicle. Last year, at least 24 children across the United States died from heat stroke caused by being left or trapped in a vehicle.

“Drivers need to understand that a vehicle is not a babysitter—but it can quickly become an oven,” said Beth Washington, coordinator of Safe Kids Tulsa Area. “A child under 10 should never be left alone in or around a vehicle—even for a minute. When it comes to the safety of a child, there’s just too much to lose.” Heat is much more dangerous to children than it is to adults. When left in a hot vehicle, a young child’s core body temperature may increase three to five times faster than that of an adult. This could cause permanent injury or even death.

According to research conducted by San Francisco State University, even with relatively cool temperatures outside—70 degrees—the inside of a car can reach a dangerous temperature in just minutes.

Safe Kids suggests these tips for parents and caregivers:

Never Leave Your Child Alone is a component of Safe Kids Buckle Up, the multidimensional program created by Safe Kids USA and General Motors to teach families how to keep children safer in and around vehicles. Nationwide, more than 19 million people have been exposed to the program through educational activities, car seat checkup events and community outreach programs. In June 2008 the program celebrated the milestone of one million child safety seats checked for proper installation.