Hip Mom in the Hospital

October. This was going to be an article about a fun fall break trip to Dallas: easy, right down the road, glamorous shopping, excellent Tex Mex food, plenty of entertainment for both kiddies and parents – and then the subsequent relief in coming home to beautiful green Tulsa without all that rage-inducing traffic.

This is not that article.

On August 24th, my 4-year-old daughter, Francie, was having an odd time bouncing back from what I thought was a back-to-school, 24-hour bug. She was listless, lying on our bed, not fully herself. Puzzled, I called the pediatrician; he thought maybe she was a bit dehydrated, and suggested bypassing urgent care and going to Saint Francis for fluids. So I wrapped her up in a Dave and Buster’s blanket, carried her to our van, and headed to the ER, thinking I’d be back home in a couple of hours, eating Panda Express with the rest of my family.

Within 12 minutes of arriving at the ER, she was being intubated.

Chaos ensued. Doctors, EMTs scurried around, trying to keep her vitals stable. IVs were inserted; monitors hooked up. They sedated her so she was unconscious. I called PVT, unsure what was transpiring — a massive infection was mentioned? — and told him to get here now. I called our priest; the chaplain came by to pray with us. After what seemed like a couple hours — my recollection of time here is hazy — Francie was stabilized. Doctors wheeled her back to get a CAT scan, and then they admitted her to the pediatric ICU. The pediatric attending doctor called us to confer in a lobby while she was being set up in her unit. Francie apparently was in septic shock from a severe e coli infection – an infection that was in her stool and they suspected had spread to her blood and urine. She told us that Francie would need to be put on dialysis to help her kidneys function. It was around 1 a.m. Shocked, we wandered into her room; not long after, I dropped into the recliner, PVT onto the vinyl couch, and we tried to sleep for a little while. 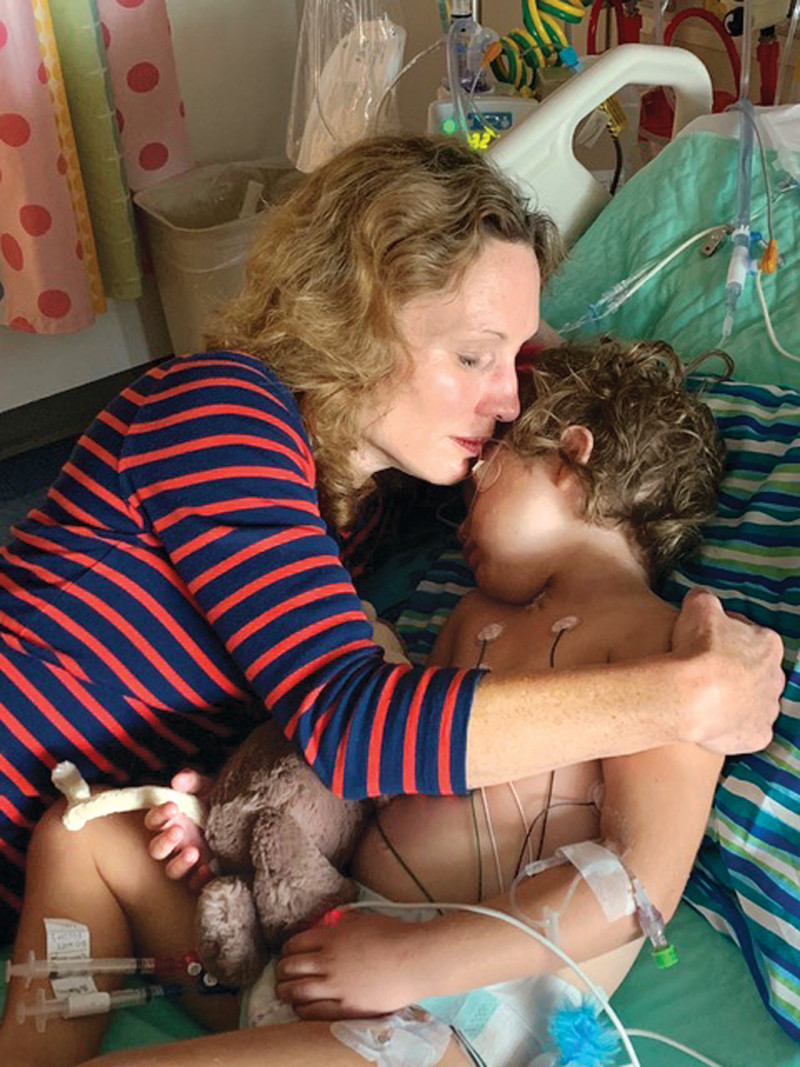 We dozed for 30 minutes until we were awakened by a scurrying of footsteps and activity, monitors beeping. Suddenly, a dozen medical professionals were gathered in our room. An EMT sprinted in; he started giving Francie chest compressions. PVT, who is not outwardly spiritual, started praying. I felt like I was in some horrible made-for-TV drama. Was this really happening? I observed myself, almost detached, having mordant thoughts: Did I have to let her go? I grappled with the thought of surrendering her: I know where she would go, and I knew she had been absolutely smothered in love for her four years of life. But if she left, would something like that destroy my marriage? Would it crush our other children? PVT told me later that he had mental images of her funeral and the anguish of her siblings. I can barely admit the dark thoughts I had during those horrible moments.

But then after the four longest minutes of our lives, her heart started beating again. Phil and I dropped to the crappy laminate bench, mute and relieved for the moment, but her vitals still were not great (note my learned medical terminology). The doctor came to tell us she would likely need to go on the bypass – “ECMO”- machine in a couple of hours. So we waited in a hushed vigil in the room, a surreal reality.

While I prayed fervently, my mind spun. How did I miss this? Was this my fault? And then: Why had I ever wished for anything else besides my seven healthy children? I just wanted them all here, healthy. I am selfish.

We were asked to leave the room while the surgery team prepared Francie for the ECMO machine. The surgeon came to tell us about the procedure and noted that this was a last ditch effort to save her. But after an hour or so, the team of doctors rounded the corner, and their smiles of relief will be etched in my brain forever: “Her vitals look better. We don’t think we need to start her on the ECMO at this point.” She had rebounded with a few minutes to spare. This moment, perhaps, was the third miracle of the past 15 hours (the first, that I got her to the ER when I did; the second, that the ER team was so aggressive with her so quickly). Dr. Thukuram will forever have a special place in our hearts.

As of this writing, we are still here in the PICU, slowly and steadily making progress. We are not yet on the other side of this, but we are optimistic. And I’m going to share with you what you might need if you’re in the hospital facing a crisis.

Hospitals are cold, dry, drafty boxes of ice. Why? I don’t know! Does keeping a hospital the temperature of a garage freezer prevent the spread of infection? At any rate, my friend Sarah knows to send me a bag’s worth of cute, warm clothes (I had come in from the August heat with just a light summer dress). And she includes delightful basics: deodorant, lip balm (again, the dry air), some perfume samples (because there is no showering when you’re just lived through an episode of ER), snacks (what good are the cafeteria and snack bar when they’re closed at night and on Sundays?) and the warmest Ugg slippers. Later, I’m able to sneak home to get a few skincare basics and my favorite shampoo. But, sheesh, don’t worry about anything beyond very basic skincare. There are very few times in life where you can get away with smelling like a homeless person, and having a kid in the PICU is one of them.

Other friends drop by with great snacks, chocolate, even my preferred Diet Mountain Dew and wine (I don’t think hooch is allowed per hospital protocol). These treats are a delight to have. Although that legend that hospital food is one step away from disposal fare doesn’t quite ring true to me – I think the food is fine! Most of the time I’m not terribly interested in big meals anyway.

Many people send stuffed animals, toys and balloons for Francie, which make the room so much more festive. She can’t enjoy most of them immediately, but her siblings do, and that is a great blessing.

Well, my only advice here is this: Make sure you have a whole big community of friends, family, acquaintances, teachers and neighbors before you have to head to the hospital. I guess you don’t necessarily know whether you have this in advance – we didn’t. But we were deluged in a torrent of love and care for our daughter. Within 24 hours of being admitted to the hospital, my bossy, love-filled, take-charge friend Kym had set up a three-week meal train that “sold out” quickly. Prayers came from all over Tulsa, and then from coast to coast. Perhaps what gave my addled, stressed-out self the most joy: finding out some friends had organized an impromptu prayer service — a “flash rosary” — in the Saint Francis chapel. I stumbled down and muddled my way through the city-like maze that is Saint Francis, fresh from speaking to Francie’s doctors and wrapped in her Dave and Buster’s blanket, only to discover that the chapel was full of people praying for my little girl. I opened the door, let out a loud, snot-filled gulp that was surely audible to the entire congregation, and slinked to a back corner to finish praying. To know and feel bathed in such love in terrifying times is surely a sign that the divine is interwoven into tragedy and crisis.

If you find yourself on the other side of a medical emergency — perhaps a friend or family member has a critically ill child — here are some things I found helpful: I deeply appreciated every single text I received. But when I received many inquiries for updates, I found it difficult to reply to each one. What was most comforting and least stressful were the texts from friends just telling me not to reply but letting me know they were there thinking of Francie and our family. I tried to update Facebook when I could, but it was also helpful to have a friend or two who would blast out messages to the greater community.

And then there were friends who just texted and wanted to know if they could drop by briefly, and they did. While having visitors at stressful, medically tense times was hard (you can’t always predict what these times will be), it was so comforting to have friends just say hello, laugh, cry, hug you, and make you remember that life is still happening, happily.

There. I hope this is the most useless, irrelevant article you will ever read in your life, mama! 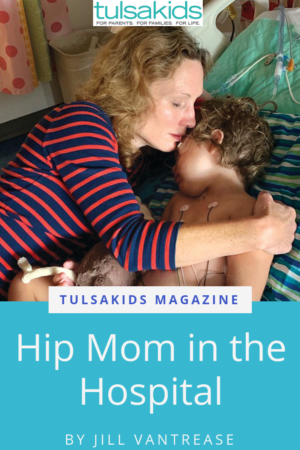