Having Fun with the Grandparents

They're Hip. They're Cool. They're Grandparents. 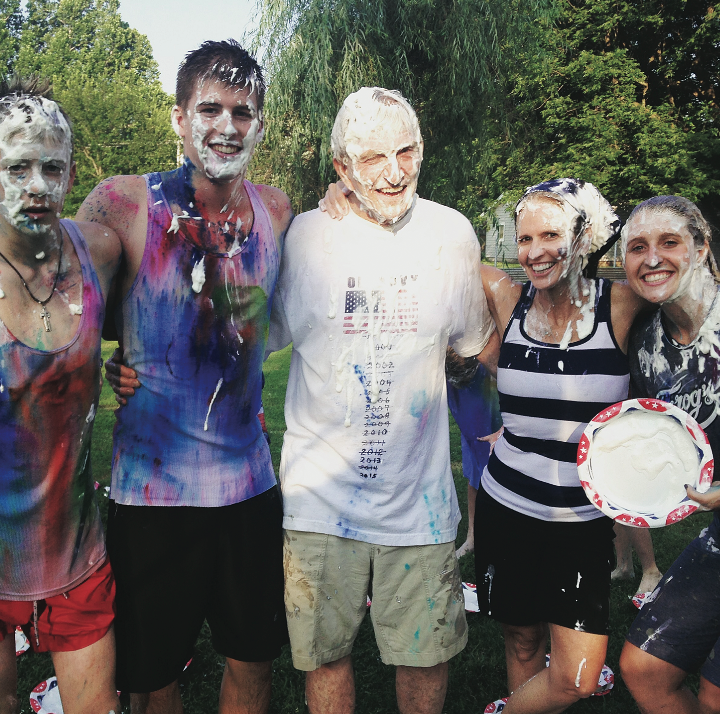 Harold Battenfield lives by one motto as a grandfather: Be more fun than the competition — their friends! While most grandparents wouldn’t dream of competing with their grandkids’ peers, Harold is joyfully up for the challenge. He creates out-of-the-box ideas for his quality family time. The Battenfields enjoy traveling with their grandchildren, but you might also find Harold conducting paper airplane contests off the house roof, taking group trapeze lessons, setting up over 300 tissue boxes like dominoes, or engineering extensive Lego projects that take over the entire house. He is part of a new generation of grandparents who are bonding with their grandchildren by sharing interests and making use of the latest technology.

Like most families, the Battenfields are spread all across the country. Whether Harold and his wife Mary have grandchildren nearby or far away, they make a point to be involved in their lives. To stay in touch with them, even when they don’t have much to say, they send them trash maps. “Every week or so they receive a surprise map, which the kids use to decorate their walls.” Harold explains. It is a way to let the grandchildren know that they are thinking of them, and to clean out drawers because, as Harold points out, it is truly shocking the amount of things people can accumulate.

As for the children who live here, the activities they do together are just as creative. Harold claims that as the grandkids get older, “They are outgrowing me because they are maturing, but still return to our house for fun.” Recently, his granddaughter, who is a senior at TU, brought over 22 of her friends from the soccer team to have a whipped cream fight in their front yard. The only rule was that everyone must play.

“We seldom do the same activity twice, and most are some form of problem solving,” Harold said. The grandkids know how to use every tool in their garage because “what they thought was only fun was really learning.” Harold has put all of his knowledge and experiences into a book that will be published later this month titled, Braiding Generations: A Grandfather Breaks the Code.

Another grandparent breaking the code is Claudia Arthrell, a therapist at Family and Children Services. As a working therapist, she is well aware of the different familial roles and just how special it is to be a grandparent to her young grandchildren. It is a separate role than that of a parent, so it has to be navigated as such. Since grandparents are not the disciplinarians, Claudia uses a lot of diversion tactics to prevent tantrums and increase the positive quality time she and her grandchildren have together. But that doesn’t mean she shies away from instilling important values in them, “Every mess we make, we clean up,” she explains.

Fun is the name of the game, though, and Claudia makes sure that fun is exactly what they have. The Arthrells have special toys that stay at the grandparents’ house, which the grandchildren associate with them; it makes grandma’s house a place they look forward to visiting. 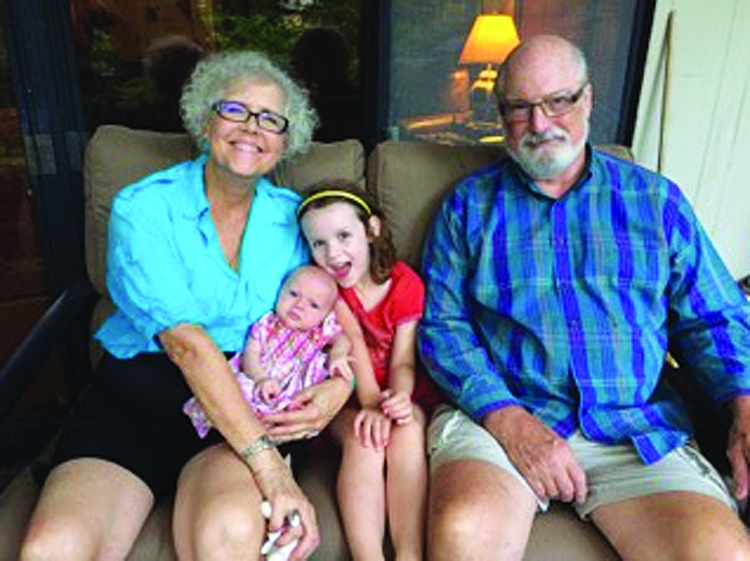 With her two grandchildren that live in town, Claudia enjoys exploring the city together — going to Philbrook’s Second Saturdays and the Brady District’s First Fridays.

With her grandchildren in Santa Fe, she and her husband Dan use Skype to stay in touch. They also travels there to see them in person as often as possible. “My sons’ grandparents were a major force in their lives; they taught me how to be a good grandparent.” But she has to admit that the Internet makes it a lot easier.

Debbie Peterson knows that firsthand, as one of the major ways she and her granddaughter bond is through a popular website. “Pinterest is a perfect way to keep informed as to Allison’s fashion, decorating, free-time and service project ideas,” Debbie said. “We send ideas to one another.”

They take the ideas they find off the site and make them a reality, including DIY crafts and projects that are considered a success if they look even slightly like the picture.

But Pinterest isn’t the only technology connecting Debbie to her grandchildren. “I invite the grandchildren to suggest music for my iTunes account and give them my password so they can add songs for me,” she explains. For Debbie, an important aspect of being a part of her grandchildren’s lives is understanding what they like and what they don’t, and appreciating their interests and making them her own. It validates what her grandchildren are doing and makes them feel like they can talk to her about anything.

A major way that Kathy Dunlap and her grandchildren develop similar interests is through the classes they take together. OSU offers a “Grandparent University” each summer that grandchildren and grandparents attend together. Kathy and her grandchildren have had sessions related to Landscape Architecture, Aerospace, Molecular World Building and Veterinary Medicine. Each class is taught by an OSU professor, and lessons are targeted to the kids.

“Teamwork between the grandparents and grandchildren is definitely encouraged,” Kathy said, “so we’re all engaged in the process.”

During the program, they live in a dorm suite, eat meals in the dining hall, and swim in the OSU pool just like they are all in college together.

“The time that we got to spend learning new things and having fun with our grandchildren was a great get-away for all of us,” Debbie said. “Jackson and Lucy have gotten a good taste of college life at the same time.”

The program also gets children excited about attending college, and gives them even more of a reason to work toward that goal.

New grandparents Paul and Nancy Bizjack are learning as they go, while looking forward to sharing interests with their granddaughter Lucia, who lives in another state. 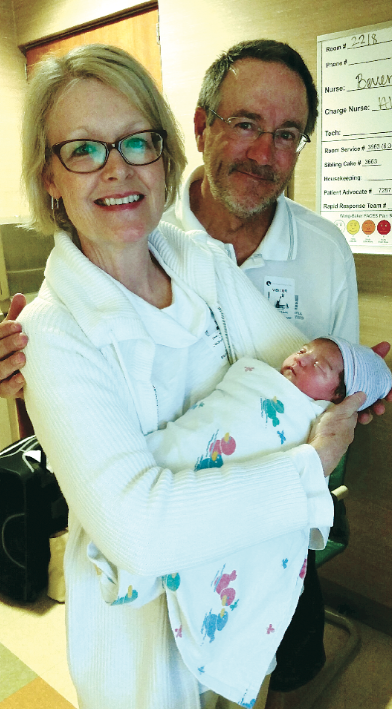 “Like our parents and their parents before them, we’re there to support our children as they get adjusted to becoming parents,” Nancy said, “to share with our children and grandchildren the wisdom of our years – if asked! – and to give our grandchildren that special kind of love and attention only grandparents can give.”

However, the Bizjacks do have tools that past generations did not. Nancy said that their son and his wife send photos almost daily via Facebook, text messages and WhatsApp.

“We try to Skype with them once a week when Lucía is awake,” Nancy said, “so we can see her smile, coo and kick her legs! Technology has made having grandchildren who live far away much more enjoyable than I imagine it was in the past.”

Lucía was born into an active family, and one that loves travel. The Bizjacks have a tradition of taking an extended family vacation at Christmas, something they hope to continue with Lucía.

While both Paul and Nancy enjoy biking, Nancy is looking forward to sharing her love of reading with Lucía, and she is certain that Paul will be putting “a child-size golf club in her little hands as soon as she can walk.”

Their healthy, active lifestyle is even more important now that Lucía is on the scene. “Having a grandchild makes me want to eat better and exercise more,” Nancy said, “so I can be actively involved in Lucía’s life for a long time.”

Despite the different methods these modern grandparents use to bond with their grandchildren, the one thing they all strive to do is set a good example by being a supportive presence in their lives.

“Making a positive difference in their community and the world is very important,” Debbie said. “My actions will always speak louder than my words; I hope I am doing it right.”