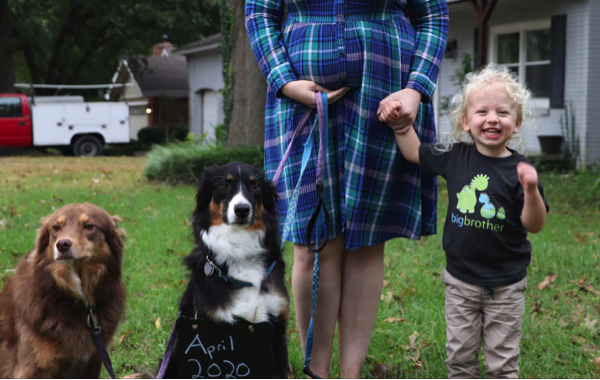 For the last two years and four months, my world has narrowed down to toddler size. Since Callister was born, he has become the focus of my world, the sunshine in my life. I’ve fully absorbed all the cliché sayings about grandchildren and even made up a few of my own. I have drunk the grandparent Kool-Aid, and I like it!

Because of divorce and remarriage, Callister has an abundance of adoring grandparents, but he’s about to share the blinding spotlight with a sibling. In April, he will be joined by a new baby, and we are all thrilled! Yet, with the excitement comes a little bit of worry. We have been consumed with our grandson, not spoiling him with material things but devoting ourselves to fawning all over him. It’s all about him. How will we enlarge our circle to include another love? How will Callister adjust to sharing his grandmom and granddad? And where will we find the energy to take two little grandloves on outings?

When Callister was told he was going to have a baby sibling, he said, “Baby sister please?” We were thinking that was a pretty sweet answer and feeling smug about his precocious understanding. Then the question came up again and he answered, “Baby shark?!” and the next time was merely a firm shake of the head with a “No!” added for emphasis. With about five months to go, we hope he quits wishing for a baby shark and is happy with a human sibling.

Besides the extra joy and love, how is another grandchild going to change my life? I won’t really know until it happens, but I can imagine a few things will change. Math goes out the window when it comes to children. Taking care of two kids is not twice as much work as numbers would have you believe, it’s about ten times harder. When Callister spends the night, my husband and I usually take the tag team approach. Well, that’s obviously not going to work anymore; we’ll have to switch to the divide and conquer approach. Because we’re fairly involved in our grandchildren’s lives, we must have a vehicle that works for two car seats. I had been fantasizing about trading in my SUV for a mid-life (Ok, more of a late life) crisis red convertible, but that fantasy is slowly morphing into the vision of a minivan.

The thought of two little ones (Callister will turn three a few months after the arrival of the new baby) has me returning to thoughts of my own parents more than thirty years ago. My children were born fifteen months apart, and although they were planned and very much wanted, to say I was exhausted after the second one was born (via c-section) is an understatement.

Despite the lack of sleep, I vividly remember the first couple weeks with my second baby. My parents came to visit every day. They would sit on the sofa amidst the toys, blankies, and diapers, looking uncomfortable. At the first whimper of a baby or toddler crying, they would hop up, say “You look busy, we better go,” and leave me alone with the chaos. They loved me, they loved my kids, but two under two was too much for them.

I didn’t understand it back then, I was hurt they didn’t want to help out more. I was in my thirties, and I didn’t recognize there is a natural energy decrease as you age. Now in my sixties, I get it, they were tired. My husband and I are a little younger than my parents were, but I’m still sure it will be more overwhelming than one grandchild has been.

There are a few practical changes I know I’ll make. I bought a cheap chair for rocking Callister when he was born, and that was a mistake. I didn’t think through how many hours I’d be sitting holding a baby in a too-small, uncomfortable chair. Whatever money I saved means nothing. Before the next one arrives, I plan on splurging on a big, comfortable chair! I also will get a monitor and quit borrowing my daughter’s every time grandkids come to visit.

We’re excited and counting the days until our next grandchild arrives. When I look at all the baby paraphernalia we stored away in the attic after Callister outgrew it, I get emotional realizing it will soon be dragged out, cleaned up, and a new little one will be using everything. Looking at the tiny clothes Callister used to wear, I am amazed by how quickly he grew, and I’m excited there will soon be another grandchild wearing them. I guess I can live without the red convertible as long as I get plenty of baby snuggles! April can’t come soon enough for me! 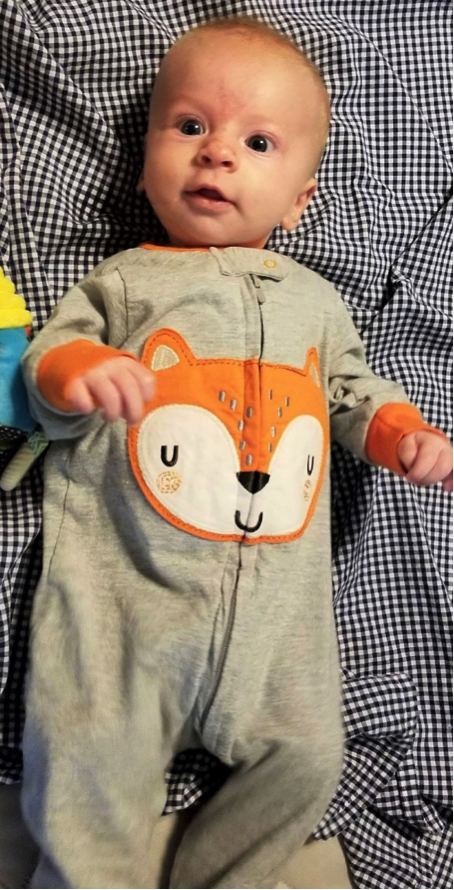 Callister at two months old. I can’t wait to see his new sibling in the cute hand-me-downs! 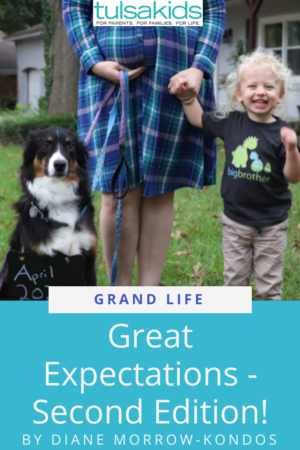