Goodbye to One Generation:

One Step Closer for Me 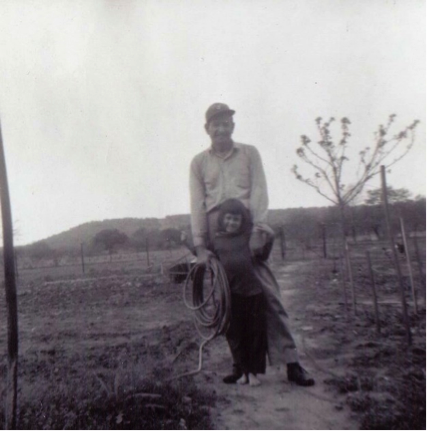 Reader beware, this blog needs a warning label, “Please read at your own risk. Not recommended for anyone under the age of fifty or in an emotionally fragile state of mind!” I’m sitting in a hotel room thinking about my aunt’s life, her death, her funeral tomorrow and beyond that: mortality, family and the meaning of life. It’s a lot. I often wish I could be the kind of person who doesn’t contemplate my navel so much, but I’m afraid I subscribe to Socrates’ philosophy, “The unanalyzed life is not worth living.” I could do with a little less middle-of-the-night insomniac ponderings of the meaning of life and a lot more sleep.

On a personal level, I mourn the loss of my aunt, a grief mixed with guilt. Although at one time she was an integral part of my life, I had rarely visited since my own parents died a decade ago. Without that connection, our interactions lessened. I had good intentions to visit, always putting it off because of my own self-centered, busy life. Death doesn’t wait for your schedule to clear; it has its own agenda, and I waited too late. Lesson learned: Take time for the people you love.

My aunt was the last person in my father’s family in his generation. The demise of his generation feels especially significant to me, another connection to my dad gone. It’s a selfish sadness. The loss of that generation takes me a giant step further away from my childhood, forcing me to surrender to the acceptance of adulthood. That seems like a foolish statement coming from a woman in her sixties, like duh, you’re old. But it’s as if the very existence of aunts and uncles who were part of my childhood somehow gave me a layer of protective love and allowed me to indulge in the delusion of youth. The generation above me that witnessed my childhood, the people who were interwoven through the thread of my early years, is rapidly disappearing. Despite my mental tentacles desperately trying to grasp the slippery fragments of times gone by, I’m left with black and white photographs and sketchy memories of an era lost. 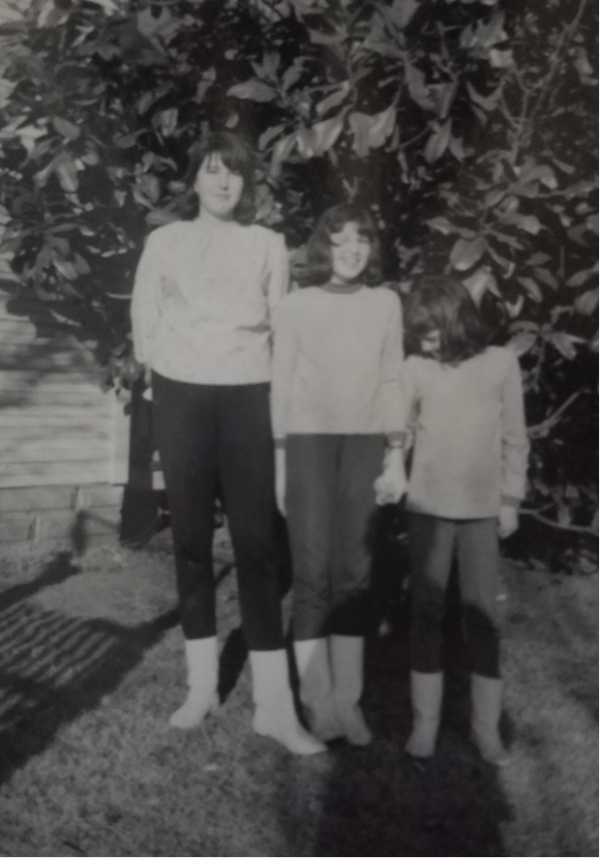 Snapshots of the past: Children of the ’60s will remember stretch pants and go-go boots.

It’s not only relatives I mourn. Every time one of my friend’s parents die, I grieve. Most of my friends’ parents have now passed. Some I knew only from seeing them in the stands at sporting events or sitting in the audience at assemblies, but some of my close friends’ parents were so wrapped up in my youth, they almost felt like secondary parents. Although I grew up in an era where kids were free-range, those friends’ parents were always there in the background, giving us rides to the roller-skating rink, monitoring the wildness at slumber parties, cheering for me at swim meets and taking pictures when we were dressed up for dances. I’ve sat at their funerals and cried for their loss all the while knowing my tears also represented tears of nostalgia for my long-gone childhood. How could they die when it feels like only yesterday those surrogate parents were making us peanut butter sandwiches and yelling at us to turn off the lights and go to sleep during the endless summer sleepovers? In the unairconditioned days of the ’60s, we spent our time outside- climbing trees, swimming, and roaming the neighborhood streets on our cool Stingray bikes. The parents, mostly the mothers, were always in the background, pieces of our life puzzle we rarely noticed until they were missing.

With the generation above us gone, we’re one step closer to our own death. It’s as if the buffer zone of the older generation had made me feel younger and further removed the possibility of my own death. Intellectually, I realize this isn’t how it works. I’ve had more than a handful of former classmates die; some due to tragic circumstances when we were young, several by their own hand, and as time goes on, more by “natural circumstances.” We never know when our own time is up, and the presence of an older generation doesn’t actually ward off the grim reaper, yet as their numbers dwindle, I do feel more vulnerable.

Yet, even while mourning the death of my aunt, the small, optimistic voice within is whispering to me. It’s reminding me I was lucky to be raised in a family and a community filled with caring adults who are worthy of being mourned and missed. Becoming louder and more insistent, the voice tells me I must cherish my days on this earth and fill them with love, adventure and leave with limited regrets. The years are flying by, and I know my days at the party are numbered. I’m not ready to go, I want to fully celebrate each moment until the clock strikes midnight and I turn into a wrinkled, old pumpkin. More importantly, I hope when I do depart, I’ve loved hard enough that I’ve left an indelible imprint on my family’s heart. I hope I’m thought of with fond memories. Much like I’m doing with my aunt tonight.

“Any man’s death diminishes me, because I am involved in mankind, and therefore never send to know for whom the bells tolls; it tolls for thee.” ― John Donne 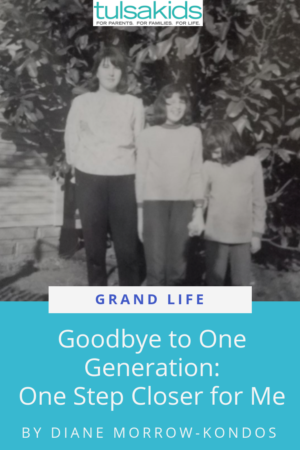