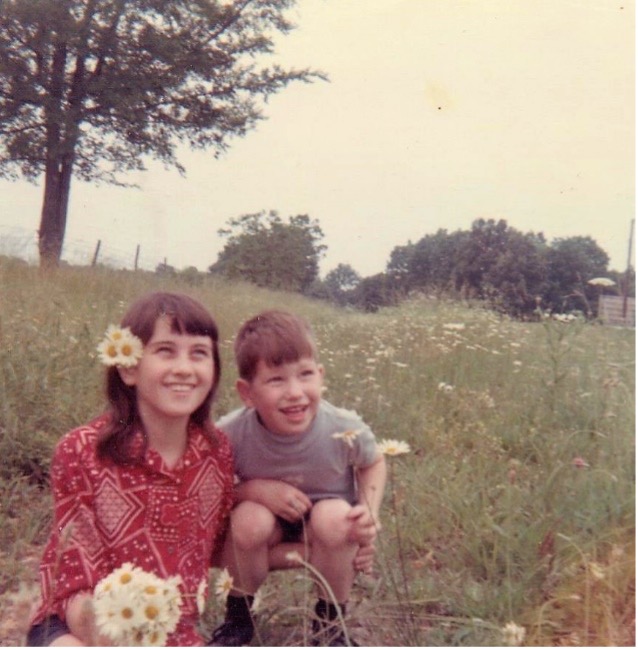 My brother and I, at the beginning of a lifelong journey together.

There are many myths and misunderstandings about people with intellectual disabilities. People tend to believe what they’ve heard or experienced, but sometimes that means information that isn’t entirely accurate. As the sibling of a brother with disabilities, I’ve experienced some of these misperceptions. I may have even believed a few of them at one time. We all make mistakes. The important thing is being open to learning and changing. Today’s blog will scratch the surface by looking at five common myths or misperceptions.

There are some syndromes, such as Williams Syndrome, which include a happy temperament amongst the defining characteristics. Williams Syndrome is a genetic condition that is present at birth. One of the common attributes found in people with Williams Syndrome is a highly social personality. However, most people with intellectual disabilities experience the same gamut of emotions we all do. One recent evening, I was attempting to have a phone conversation with my brother. He was struggling more than usual to express his thoughts. Finally, he sighed and said, “bad day.” We all have good days and bad days, including people with intellectual disabilities. It would be unfair to place an unrealistic expectation of perpetual smiling happy attitudes on people based solely on their intellectual disabilities.

2. Down Syndrome is the only cause of intellectual disabilities.

Alcohol Fetal Syndrome is also a top cause of intellectual disabilities and one that is preventable. Alcohol Fetal Syndrome is a result of drinking alcohol during pregnancy. The symptoms of a person with fetal alcohol syndrome vary but may include distinctive facial features, including small eyes, an exceptionally thin upper lip, a short, upturned nose, and a smooth skin surface between the nose and upper lip, deformities of joints, limbs, and fingers, slow physical growth before and after birth, vision difficulties or hearing problems, small head circumference and brain size, and heart defects and problems with kidneys and bones. Intellectual disabilities and social and behavioral issues are often associated with Alcohol Fetal Syndrome.

Down Syndrome, Fetal Alcohol Syndrome, and Fragile X are the most common diagnoses. Still, it’s estimated that up to two-thirds of people with IDD (including my brother) have no known diagnosis or cause.

3. Intellectual disabilities are caused by the sins of previous generations.

OK, I know this sounds pretty far-fetched, but it was a belief held by many religious people. Some churches perpetuated this belief even until our recent past. The history of the intellectually disabled and religious beliefs goes back to the Ancient Greeks, who viewed a person’s impairments as punishment from the gods. In the Middle Ages in Eastern Europe, people with mental disabilities were thought to be witches and were often imprisoned, tortured, burned, and killed. Theology in sixteenth and seventeenth-century England also pointed the blame for disabilities on the displeasure of God.

Some church leaders blamed the parents for physical, mental, and intellectual disabilities. This belief originated in the Old Testament teachings, which stated that those who failed to follow the instructions of the Ten Commandments would face punishment upon the children for three or four generations.

In the early 20th century, the Roman Catholic Church routinely refused to give Holy Communion sacraments to children with intellectual disabilities. Fortunately, most people have turned away from that ill-informed mentality, and many churches have implemented programs for people with special needs.

4. People with intellectual disabilities are not interested in sex.

Sexuality is the elephant in the room no one wants to talk about when it comes to people with intellectual disabilities. It is often assumed people with IDD are asexual. They are seen as eternal children with no interest in sex or romance, a view that makes it easier to avoid the topic entirely. That mistaken attitude means sex education is rarely offered, leaving people with IDD vulnerable to unwanted pregnancies and sexually transmitted diseases.

The reality is there may be some people with IDD who are asexual, just as there are in the neurotypical population, but there are also people with IDD who are heterosexual or LBGTQIA. Every person, including those with IDD, has the inherent right to sexual expression, but with that right comes the need for information and education. That much-needed sex education is scarce, whether for lack of resources or caregivers or parents’ reluctance to confront a challenging subject.

5. People with intellectual disabilities are entirely different than neurotypical people.

The fantastic reality is that we are all designed to be beautifully unique. Even identical twins do not share the same fingerprints! Yet despite our differences, we are all more alike than different, including people with intellectual disabilities. People with intellectual disabilities might need extra resources and assistance. For example, my brother has difficulty communicating, so he needs a patient and kind listening ear. The impatient side of me wants to hurry along and not stop to decipher what he’s saying. But, when I stop and take the time to listen, to really listen, I discover he’s not so different after all. He wants to be acknowledged. He wants to be loved, and he wants to be included. That’s what we all want. That’s what we all deserve. 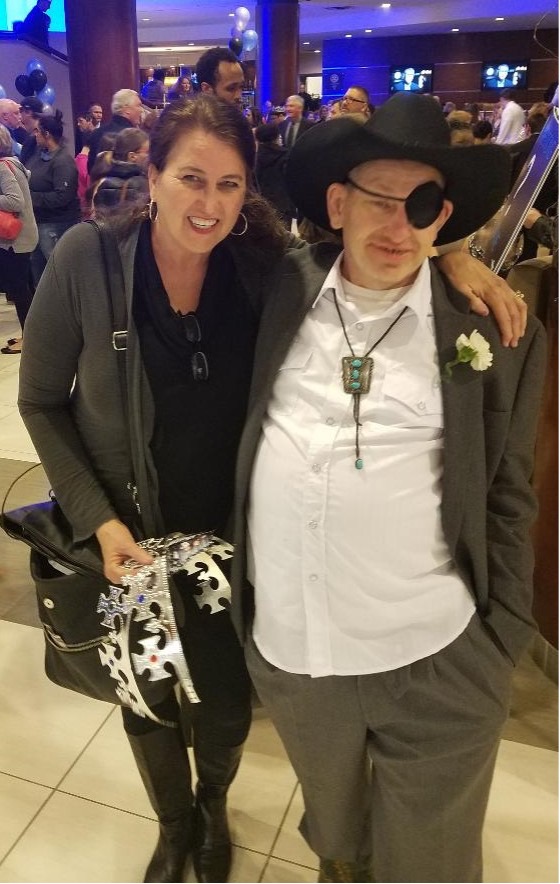 My brother and me still walking our path together as lifelong friends. 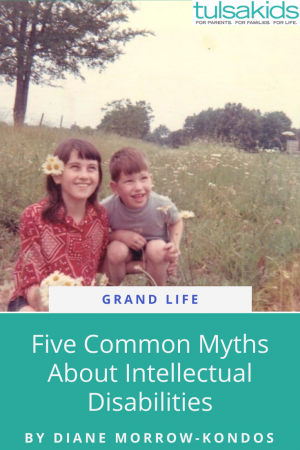