Forgive me if I’ve used that title before. It seems to be the story of my life lately. I guess the reality is that Endings and Beginnings could be the story of anyone’s life because life is about change. I just got back from my middle child’s graduation from Knox College. It was lovely. It was absolutely Gilmore Girls-esque. If you ever watched the Gilmore Girls, you know what that means. Small, personal, somewhat quirky and meaningful. 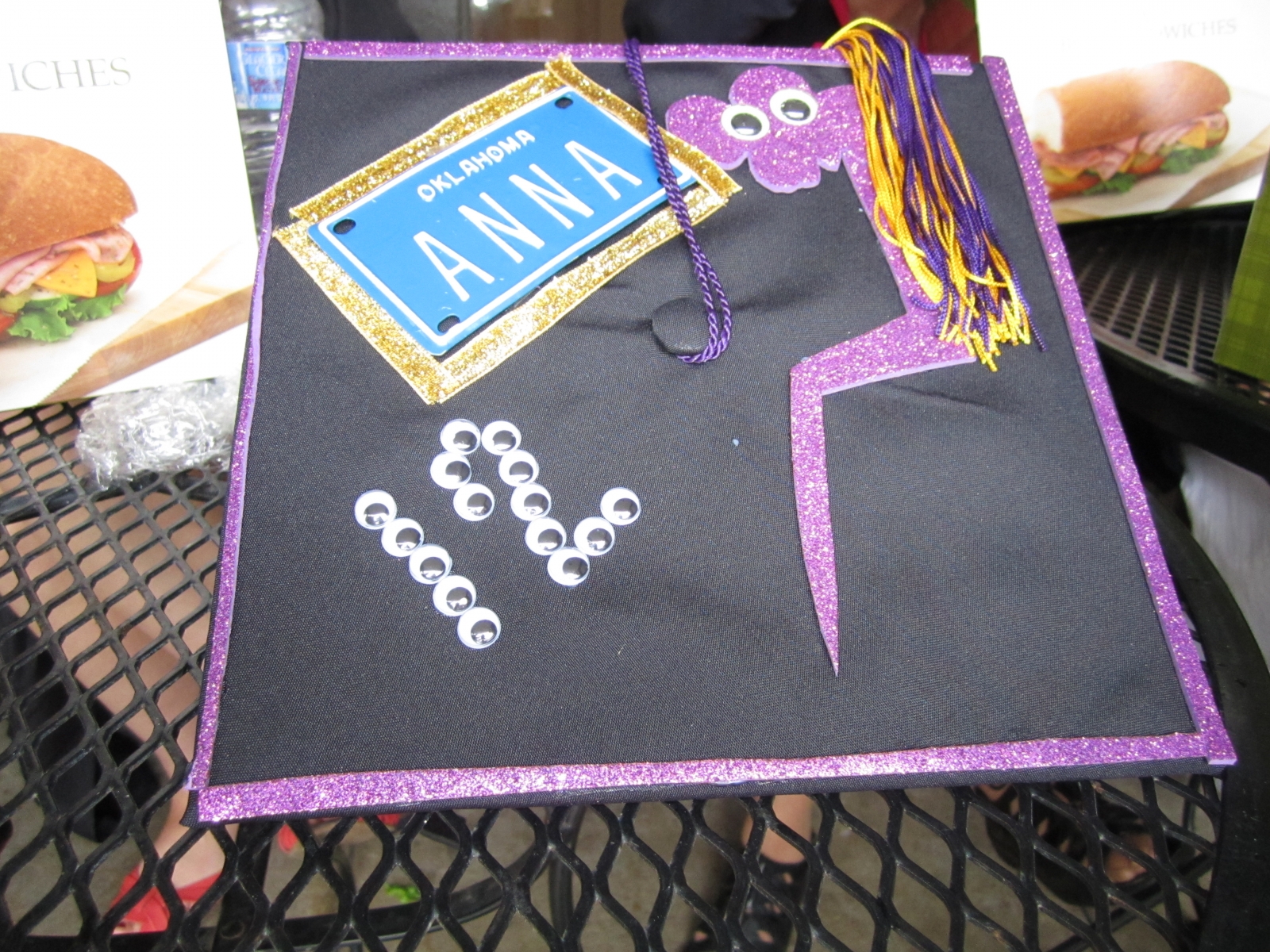 Knox College is a small liberal arts college in the small railroad town of Galesburg, IL, which is surrounded by endless acres of cornfields. This is beginning to sound like either a fairy tale or a story that unfolds like one of those Russian Dolls. I promise I won’t unfold too far — just a little background info. Galesburg is on the AmTrak line to Chicago, about 3 hours to the Northeast. The brick streets are lined with huge Victorian houses. Galesburg is the birthplace of poet Carl Sandburg. Knox College’s historical roots are planted in the soil of abolishionist Congregationalists and Presbyterians. Knox is one of the first colleges to admit blacks and women. It is also the site of the final Lincoln/Douglas debate, and — historical sidenote — commencement is held at the very spot where the debate took place.

As we drove, my family tried to figure out how many trips we had made to Galesburg over the past four years, either to drop off, pick up or attend Parents’ Weekend. I think it was a total of 10. I’ll miss that long drive, not because I love 10-hour drives, but because I’ll miss seeing my daughter in a college setting. I’ll miss seeing her old friends and meeting her new ones. I’ll miss hearing about her classes and the radio station where she worked. I’ll miss reading her articles and funny horoscopes in the school paper. If I went back even now, it wouldn’t be the same.

On the first night, we went to our favorite pizza restaurant, trying to hit all the places we would probably never return to once we left town on Sunday. Those are my two daughters in the photo at the left. We also went to the coffee house across the street from campus where I had gotten so many calls from my daughter over the years as she sat studying.

Graduation day was cool (we were freezing) and it rained off and on all day, except during the ceremony. The commencement speaker was Brigadier General Mark Martins, first in his class at West Point, Harvard Law School’s Medal of Freedom recipient, and Chief Prosecutor of the war crimes trial system reformed by the Military Commissions Act of 2009. He was not unaware of the irony of a military leader and West Point grad. speaking at a liberal arts college. In fact, his address began with the acknowledgement of that very irony. He noted that just the weekend before, he had been at his son’s graduation from West Point. It was an excellent speech about the approaches each school takes to training young minds. The motif throughout the address was building bridges. He encouraged the students to be bridge-builders, to use their freedom of thought, their creativity and social consciousness to build bridges to those who had different points of view. General Martins received an honorary doctorate from Knox College. (The first honorary doctorate of the college was bestowed to Abraham Lincoln). It’s a moving and eloquent speech, which I cannot do justice to. If you want to hear any of it, go here: http://www.youtube.com/watch?v=CWl68OxJpE8  (You’ll also hear the ever-present train in the background, which would be such an easy, cliched metaphor for me to use at this moment. I’ll spare you).

Or read the speech here: http://www.lawfareblog.com/2012/06/mark-martins-commencement-address-at-knox-college/  Here is a piece of it: “…our military academy’s mission was to educate and train us to be officers in the Army. The focus was on development of leaders in the physical as well as the military and academic domains. I recently confirmed that these fundamentals of that world are unchanged when I attended my son’s graduation at West Point last week. Newly commissioned as a lieutenant, he’ll report later this year to an infantry division.

Juxtapose Knox, which is foremost a vibrant community of scholar teachers and students, as related to me by those who have inhabited this unique world. Whereas we cadets were pressured to hone skills that would be demanded by an Army (and my good and professional sergeants repeatedly demonstrated why, in my stubborn case, every bit of that pressure was necessary), Knox pledges that everything happening here—inside and outside of the classroom—gives students the freedom to flourish as individuals. Knox particularly values each person’s independent exploration of ideas, the stretching of intellect and talent, and the fusion of imagination with initiative. The value of debate is central to the college’s identity. Its history as one of the first colleges in the United States open to both women and people of color, and as the place where Lincoln first denounced slavery on moral terms remains alive in a pervasive commitment to diversity and equality not primarily associated with any national military academy. At those academies, gender and racial integration have certainly occurred, but when and as mandated by Congress. Meanwhile, differences in rank there are institutionalized and functionally directed toward fighting and winning the nation’s wars. Knox’s egalitarian spirit, by contrast, infuses graduates who have been prepared for a myriad of mostly peaceful occupations.”

I started this (long) blog as a piece about my daughter’s graduation, but it has turned to something less personal, as good graduations should. It’s about young people going out into the world, becoming adults, being tested by life. True to her Knox training, my daughter will be going to Austin in July to start a job with Americorps. She’ll be working with a non-profit that helps Spanish-speaking women and children. She’ll be writing their stories and helping recruit volunteers, while raising awareness about the organization. 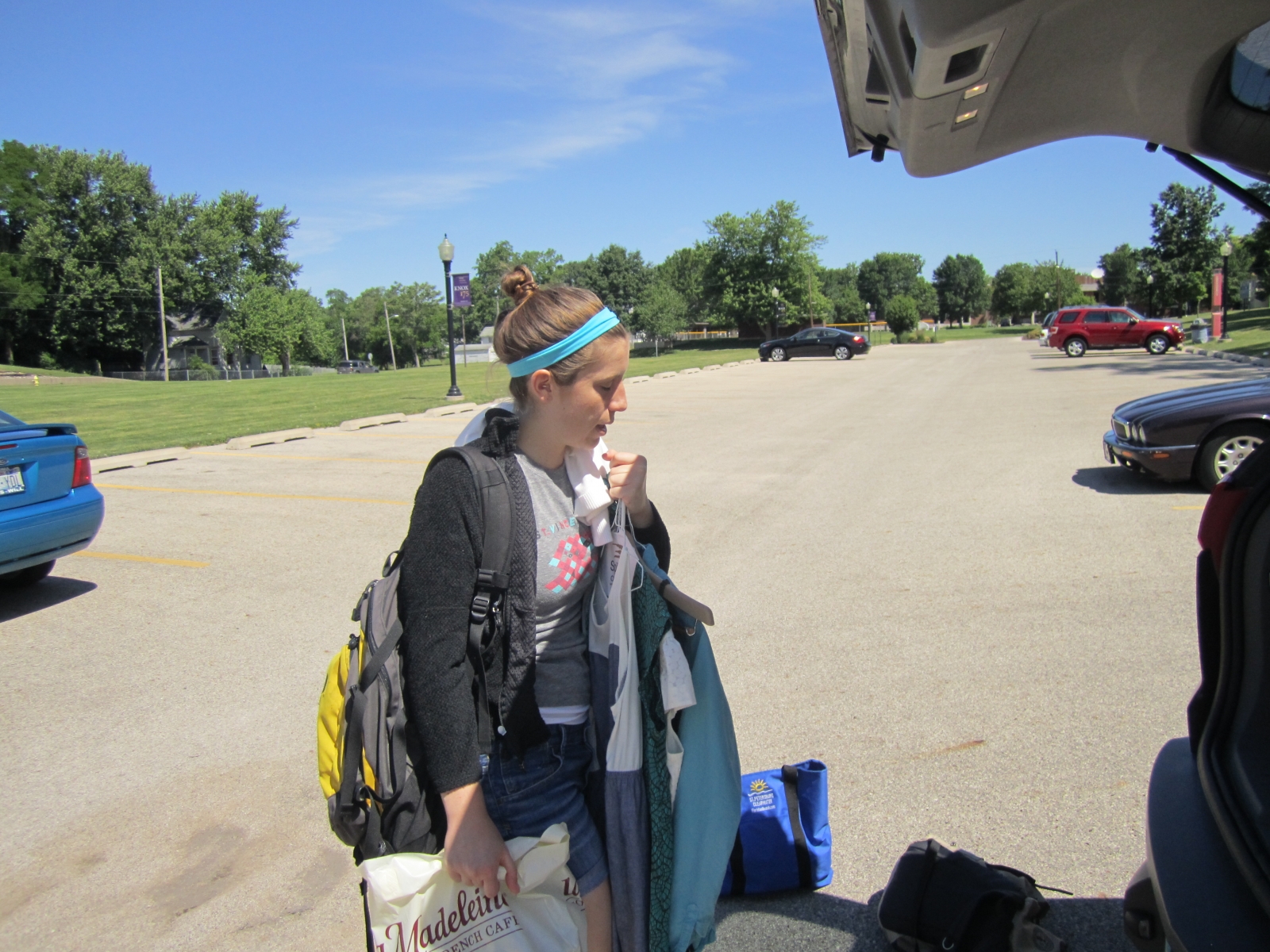 I feel grateful to Knox College, to her professors there and to the lifelong friends that she found. As we crammed all of her stuff from the house where she lived with six roommates into our car, I’ll admit that I was sad to see her college years at Knox end, but I’m looking forward to her new beginning in Austin.

There are so many ways that my children enrich my life — all I have to do is go along vicariously on the ride, waving and cheering from from behind.