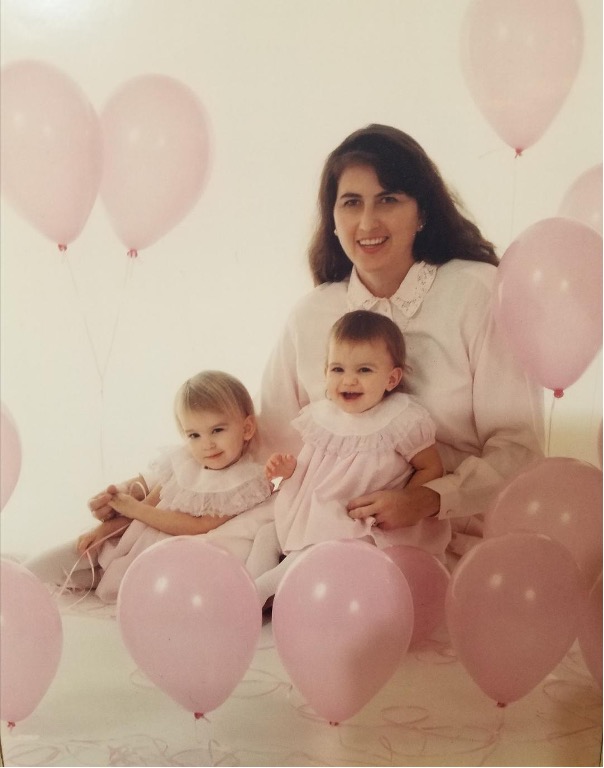 “Making the decision to have a child – it is momentous. It is to decide forever to have your heart go walking outside your body.” –Elizabeth Stone

I desperately wanted to be a parent. I was almost thirty, happily married, financially stable, and I was 100 percent ready to have a baby! Or so I thought. Are we ever really prepared, no matter how much babysitting we did, how many books we read, or how cute the nursery looks? There are always things we never thought about or experiences that take us off guard. Here are eight things I didn’t expect before I became a parent.

I thought we would always be a picture-perfect family like the above picture. I envisioned my children dressed in clean dresses and smiling faces. I wasn’t prepared for the reality that my kids usually preferred T-shirts and shorts, and there were days when we didn’t even manage to get out of pajamas until after lunch. Some days, faces didn’t get washed, and hair didn’t get brushed, but guess what? It didn’t matter.

I found out quickly that appearances were of little importance compared to feelings and experiences. If we managed to catch that “picture perfect” moment once a year for a photographer, that was good enough!

I remember the moment so clearly. I was standing in the kitchen with my two-year-old and three-year-old clinging onto my legs, whining that they were hungry – for the fourth time that day. Of course, I had known I would need to feed my children, but that day, the reality of it sunk into my core. The realization hit me square in the domestic-averse lobe of my brain: These two little koala bears were going to need to be fed at least three times a day, realistically more like five times a day if you include snacks – for many, many years to come! Who were they going to look to for that never-ending food supply? Me – their cooking challenged mother.

I adapted and fed my hungry children. I’m proud to say I even prepared relatively healthy meals for eighteen years. However, there seems to be a disconnect somewhere, as there have been no requests for recipes from my adult children.

I got a little lost along the way. Being a mother is so all-encompassing; it’s easy to forget who we were before we had kids. Had I really been an avid reader of books that didn’t have pictures? After I had two little ones, there was no energy left to read. I was asleep as soon as my head hit the pillow. I also lost my name for a few years. I answered to “mom,” but I had a vague memory that I’d gone by a different name at one time.

Any concept of personal space also went missing. Despite my best intention at the beginning of every meal, I always had a child on my lap by dessert time. I had uninvited companions for bathroom time, and my bed was frequently invaded by a child who had a bad dream or was scared of a storm.

It took me a few years before I remembered who I was and recaptured some bits of my former self. I know this isn’t a universal experience. I’ve watched in awe as I’ve seen some women who can retain their sense of identity with barely a detour for labor and delivery. My lost was more like a decade-long, lost-in-the-wilderness-without-a-compass identity crisis.

I was not prepared for the intensity of their relationship. Maybe this was partially due to my decision to have my children spaced very closely, 15 months apart. (What in the heck was I thinking?!) They were alternately best friends and mortal enemies, depending on which way the wind blew.

Watching their relationship was one of the best, most heartwarming parts of being a mother, while also being the most exhausting, sometimes frightening experience. I hadn’t trained to be an MMA referee, but there were a couple of scary times I had to physically pry them apart during a fight. So much for girls being sugar and spice and everything nice. However, if anyone else were ever to physically or verbally harm one, the other sister would be the first to defend her sibling.

I had friends, but little did I know how much I needed “mom friends.” I didn’t expect them, but I am so grateful they came into my life not long after my first child was born. These were the friends who had kids close to my kids’ ages, and we helped each other through the stages of sleepless nights, teething, and potty training. We formed “playgroups” that were supposedly for the kids to get together to play but were, in reality, a lifeline for us to get through long days with others who spoke our mom language.

We gave each other encouragement, advice, and companionship. Those friendships evolved as our kids aged, some dropping off and some becoming lifelong friends. Whether I ever see or speak to them again, I will always be thankful for their existence in that season of my life.

Maybe you have to have more than one child to understand this statement. It’s nature, end of the argument. Parents are vital to mold, influence, nurture, and guide their children, but anyone with more than one child will tell you that children are born with an innate personality. How else would you explain why children from the same genetics could have such vastly different personalities?

You know all those sappy, corny sayings about how much you love your kids? They’re kind of ridiculous, but they’re also so true. Children take you to emotional places you had only imagined before, the highest of highs, but they can also drive you absolutely nuts. Then, just when you wonder what in the heck you got yourself into, they will crawl into your lap, snuggle in, and proceed to melt your heart as they sink into your arms.

I’m not sure where we get the idea that parenting is an 18-year commitment. If you have adult kids, you know this is a gross misperception. Parenting is forever. I’m not talking about the adult kid sleeping on the couch, playing video games all day, kind of forever situation. Even when they’ve successfully launched to their own place, feeding themselves and doing their own laundry, they are still our concern, always our babies.

There are aspects I love about every stage of parenting. I loved the phase when they were three, looking adorable and saying funny things. I loved the elementary years when I watched them navigate new friendships, and their minds blossomed with learning new things. I loved seeing them become competent teenagers and college students. But I also love having adult children. I get to be their friend in addition to being their mother. Eighteen years is just the beginning. I’m their mom forever! 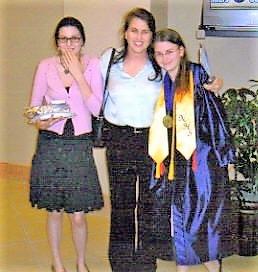 “I love you forever, I’ll like you for always. As long as I’m living, my baby you’ll be.” Robert Munsch – Love You Forever 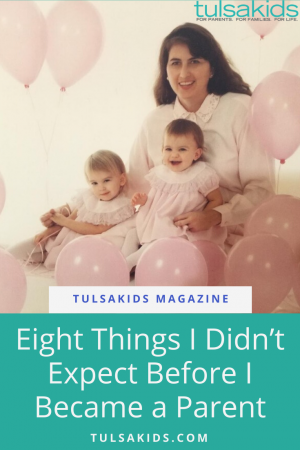