Preschoolers can show early warning signs of dyslexia long before they begin reading. 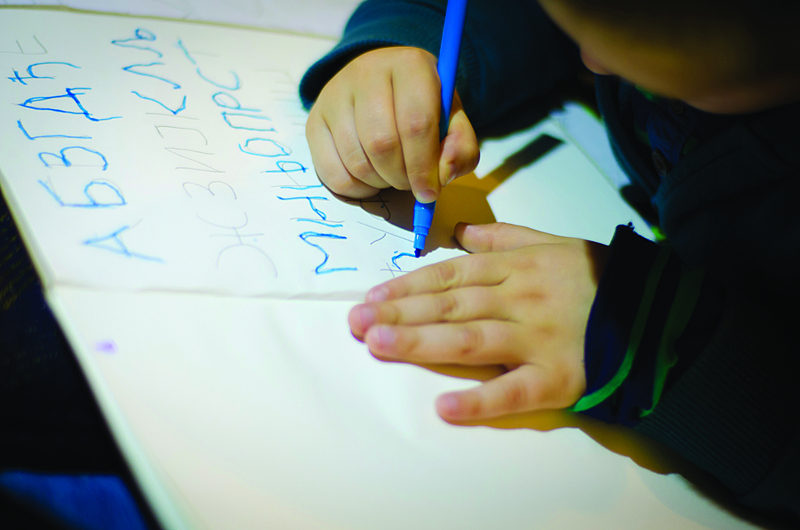 As a mom of two, I’ve seen first-hand how different children can be. My daughter is more introverted and loves anything to do with reading and art, while my son is much more outgoing and super physical. So it came as no surprise when my youngest went to preschool this year, that his learning style was going to be just a bit different from his sister’s. As a parent, navigating these differences can be tough, but being on the lookout for challenges can be even tougher. While the experts say it’s completely normal for children to learn at different paces, be alert for warning signs. If your young child has been struggling with language development and letter recognition for a while, what you’re seeing could actually be signs of dyslexia.

“Dyslexia is a neurological language processing disorder,” explains Dr. Penny Stack, founder and owner of the Dyslexia Center of Tulsa. “Dyslexia is not curable. So children with dyslexia grow up to be adults with dyslexia.”

Dyslexia represents one of the most common problems affecting children and adults. According to the American Academy of Pediatrics, it’s estimated that 5 to 17 percent of school-age children have dyslexia, with as many as 40 percent reading below grade. But because the field of neuroscience does not have a standardized definition for dyslexia, diagnosing it— especially in children— can be tricky.

“Children are most often identified as having struggles with reading and learning around reading emerging years between first to third grade,” says Dr. Stack.  “The reason is because it is often the teachers that notice the struggles first. Although if you ask a parent to reflect, they will be able to identify signs at the early ages of pre-K years.”

Dr. Stack says that schools and psychologists often hold off on a diagnosis of dyslexia until at least 7 years of age or older. But she believes that early detection can be key. Preschoolers can show early warning signs of dyslexia long before they actually begin reading. That’s because dyslexia can affect a variety of language skills that are the building blocks for reading.

Has trouble calling things by the right name

Dyslexia affects the way the brain processes language. This can make it hard to attach the correct labels to objects and symbols. Children may struggle with learning and naming numbers, colors and letters.

Kids with dyslexia frequently have a hard time isolating and breaking words into individual sounds. They often can’t finish words in a nursery rhyme or recognize rhyming patterns such as dog, log, hog.

Children with dyslexia may not be able to grasp all the details in lengthy commands. They may only “hear” the first or last few words. If you ask them to get their shoes and jacket, they may only come back with one item.

It’s important to remember that some of these challenges are also part of normal childhood development and shouldn’t be concerning. But if you notice frequent patterns in these areas, it might be time to talk to your child’s doctor.

“Trust your instinct,” says Dr. Stack. “If you feel your child may have dyslexia, pursue resources for testing and treatment from a provider who understands dyslexia.”

Inclusive Activities for Kids in Tulsa

What’s Next? Post-High School Programs for Individuals with Intellectual and Developmental Disabilities