Being a mom of boys is fun! There are a LOT of boys in our family. My husband and I have three boys, seven nephews, and another boy cousin who might as well be a nephew. Last weekend we had just our little boys with us. As shared in my recent post about events on my radar to attend with the kids, we had planned to attend the Darryl Starbird 48th Annual Car Show on Saturday. To make it even more fun, we decided to invite my brother’s boys to go with us. The boys were super excited to see all the hot rods, and when they found out there would be freestyle motor cross and monster truck races too, they were beside themselves.

Since it was rainy and cold, we were really glad to have something exciting to do indoors. After a pit stop for snacks at Wendy’s, we made the trek out to the fairgrounds, at the Quiktrip center. 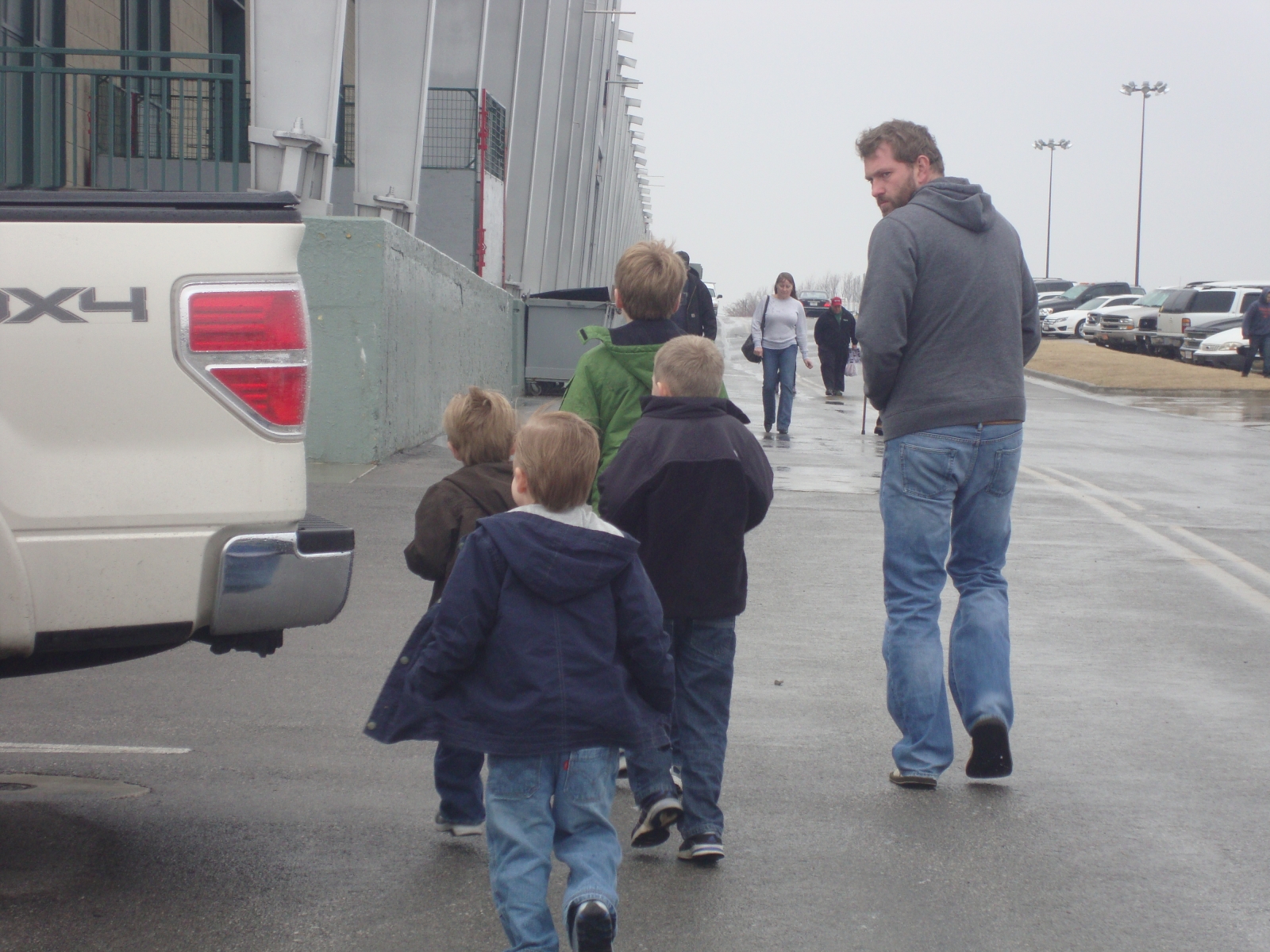 I have a thing for old trucks, and I loved this turquoise and red one. If you’ve been in my house, you know I love those two colors! This one had some interesting wiring under the hood! 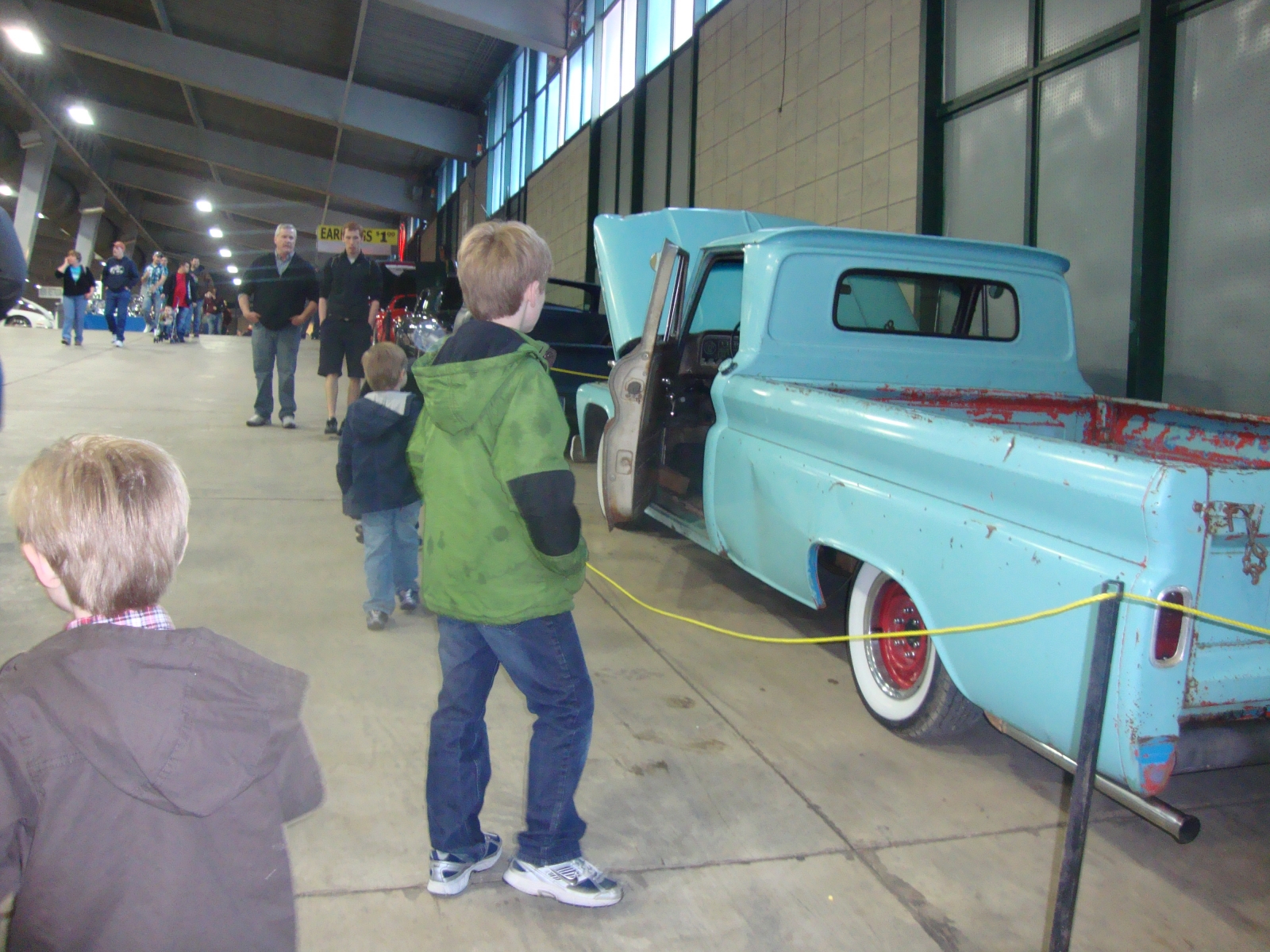 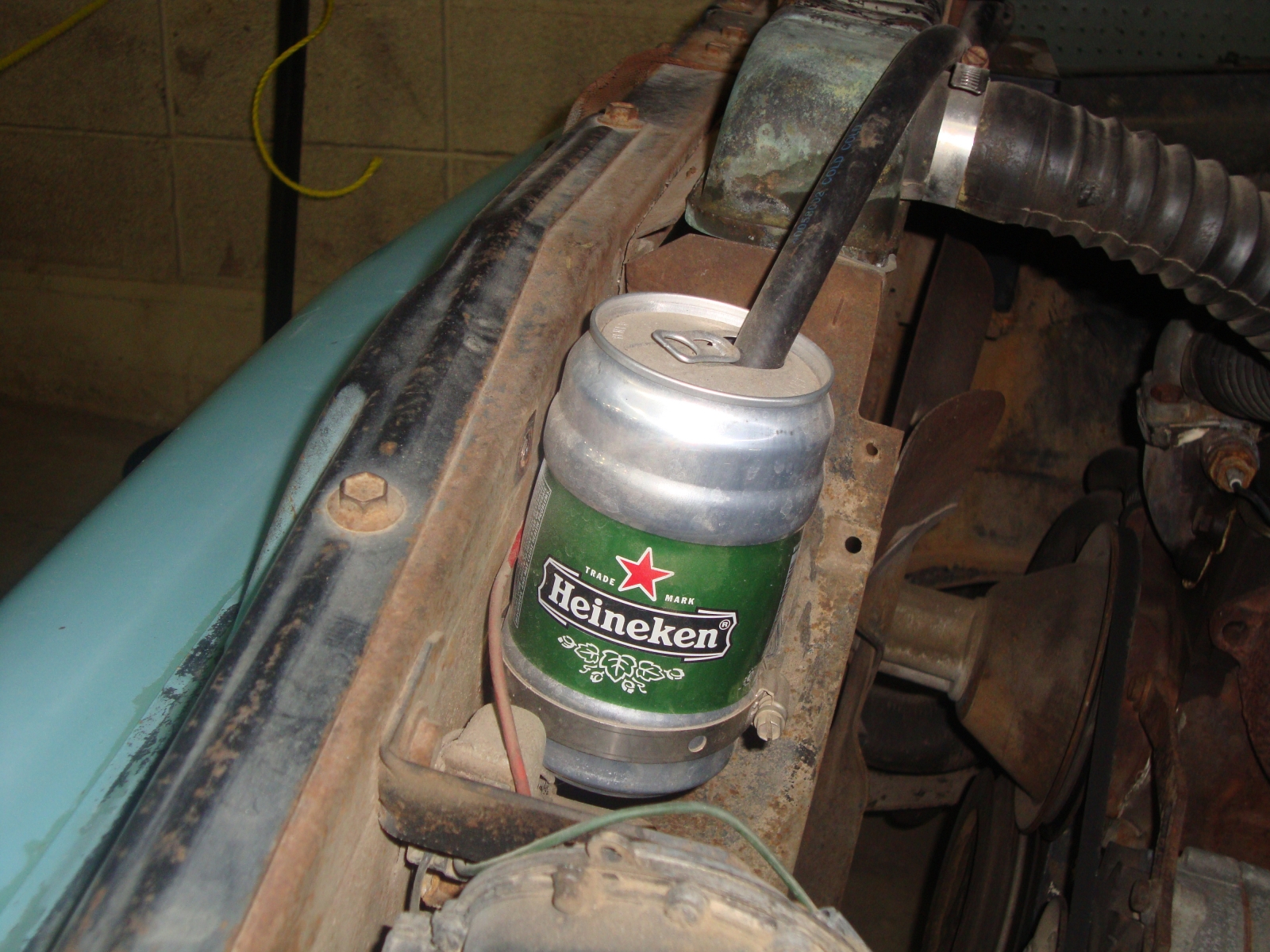 Are your little boys fascinated by the Pirates of the Carribean like ours are? They loved peeking inside this pirate-themed van that had been renovated to display the movie’s memorabilia, complete with mounted TV screens showing the film! 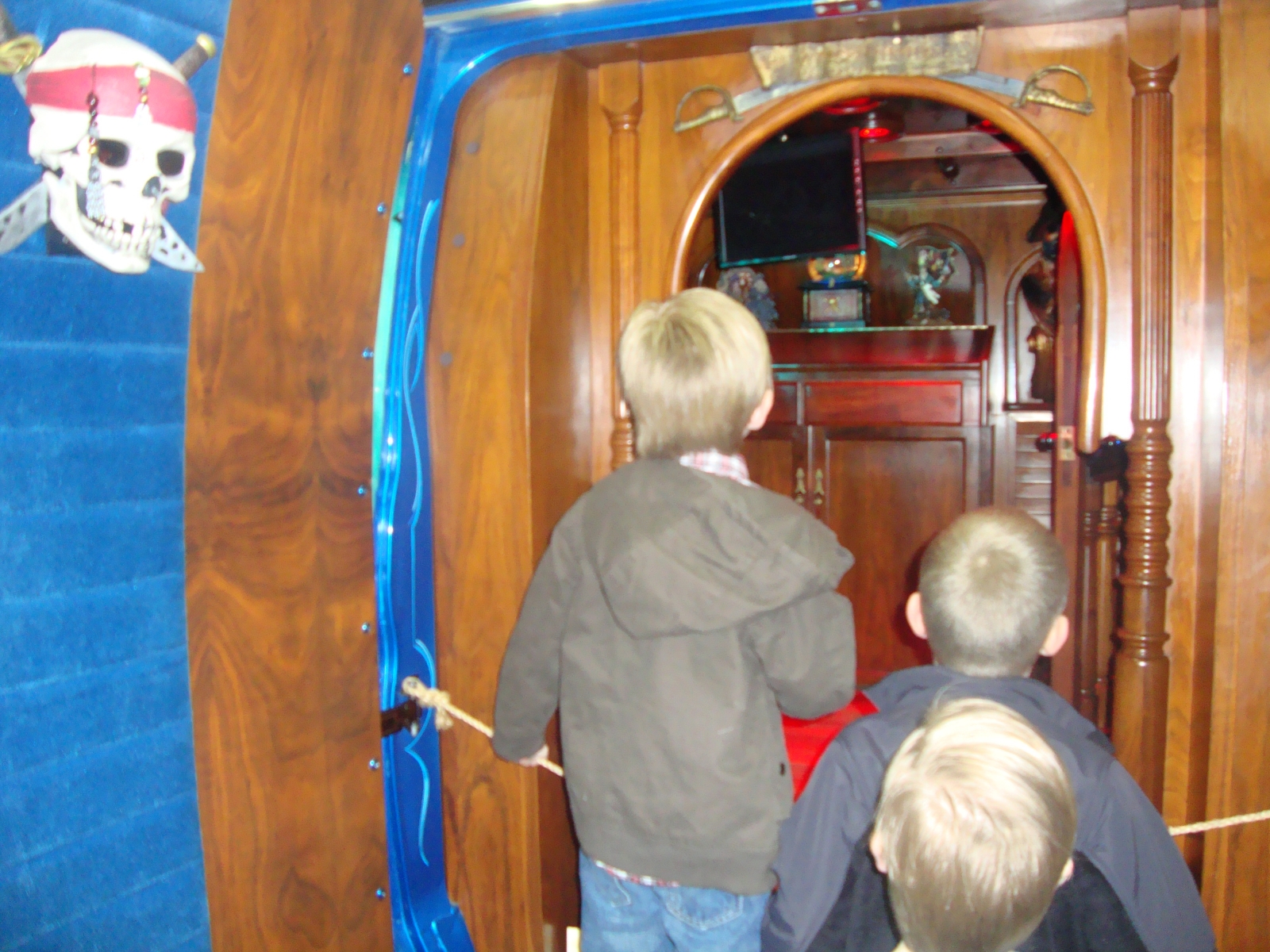 We got there just in time to see some of the cars on display and snag some great seats for the motor cross and monster truck races. These boys are ready to rumble! 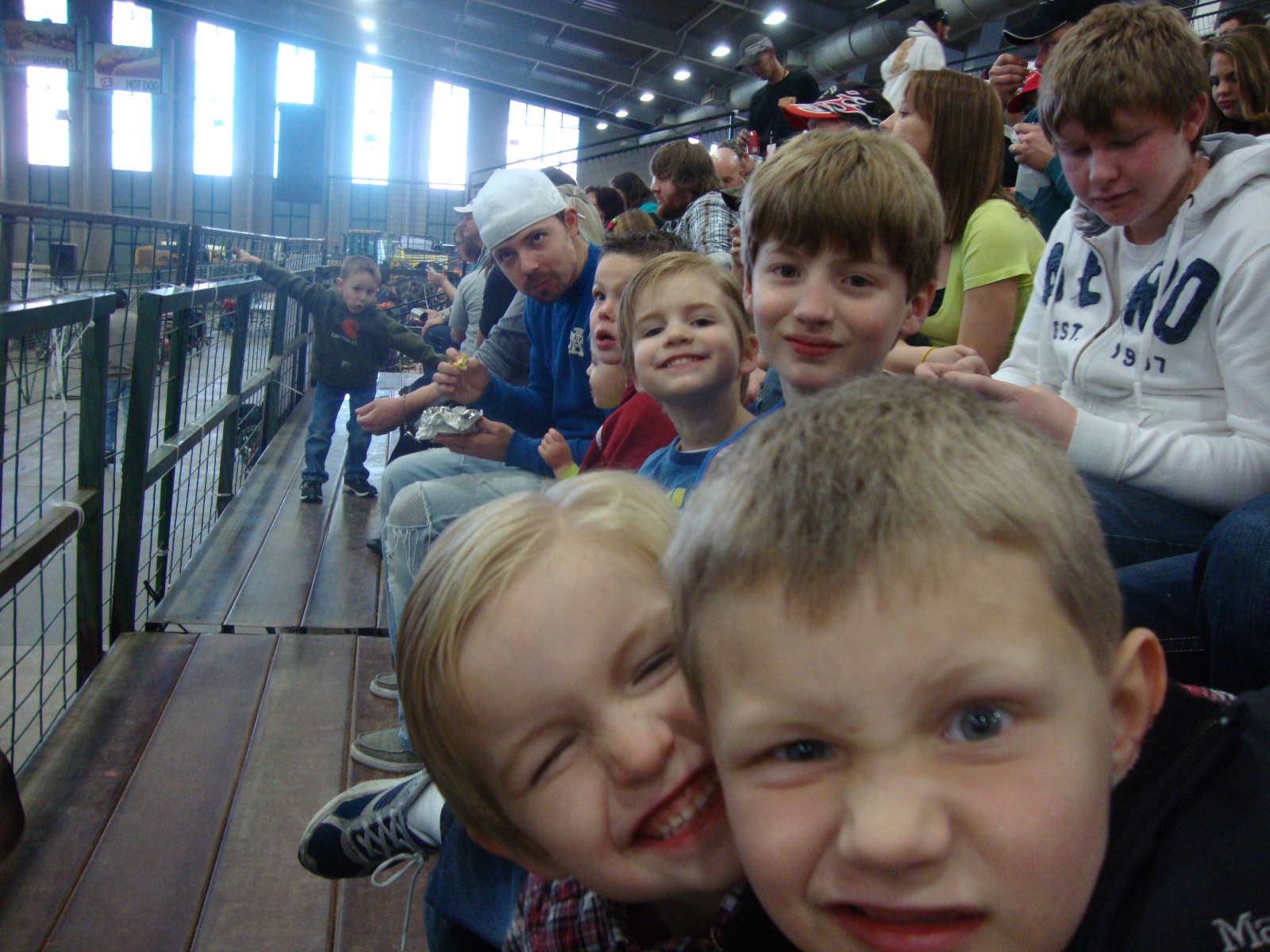 I had no idea how exciting freestyle motor cross is. These guys hit a ramp, soar upwards of 75 feet in the air, then do insane tricks while they’re up there before landing on the ramp. CRAZY. The announcer kept asking the performers in interviews what advice they had for youngsters looking into the sport. I should have packed TUMS. I started praying that my boys would fall in love with far less risky sports.

This is the best picture we could snap. You can barely see him, but that is a guy on a dirt bike FLYING through the air! 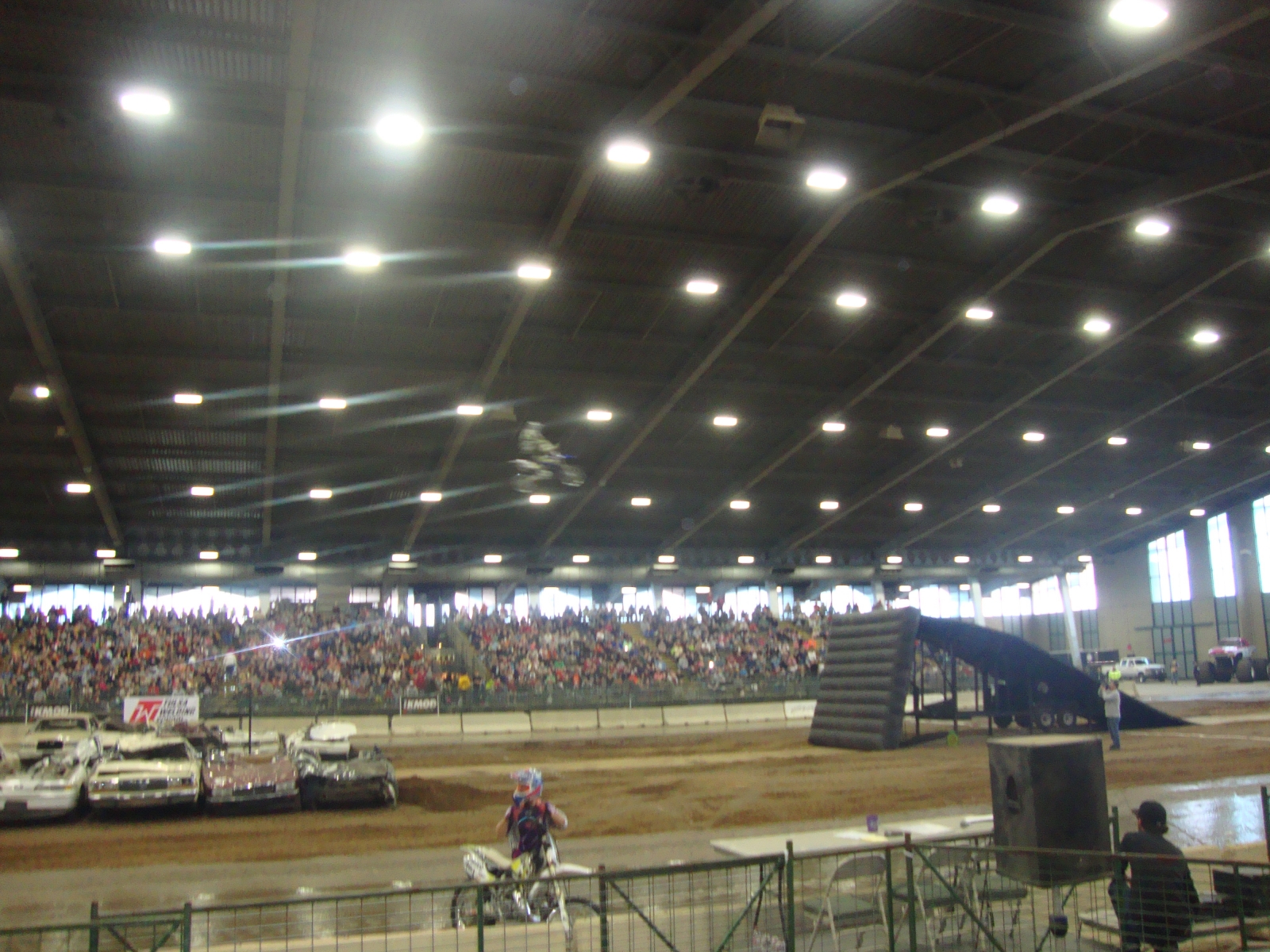 They told us the louder we screamed, the more exciting the tricks would be. And scream we did! 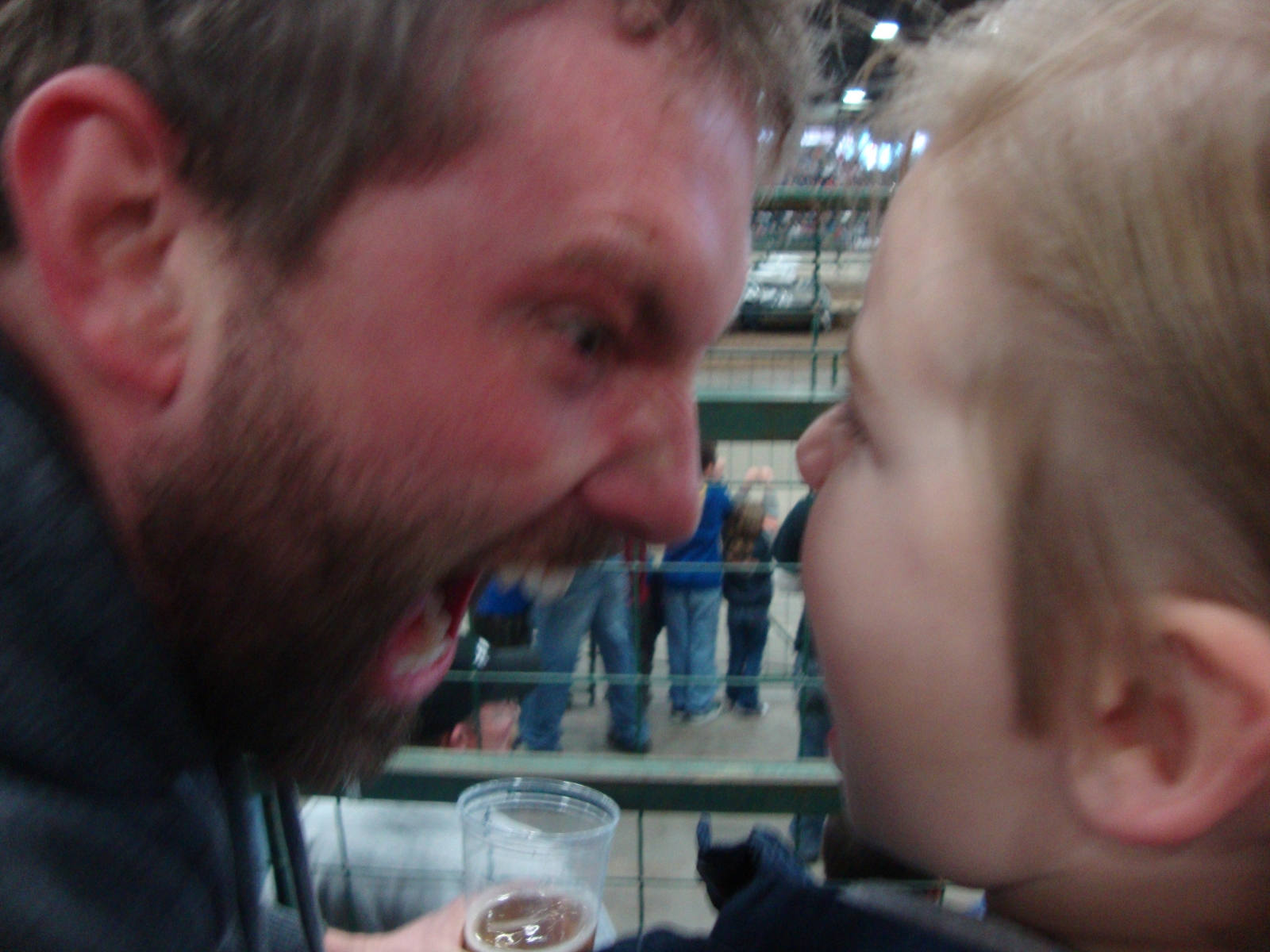 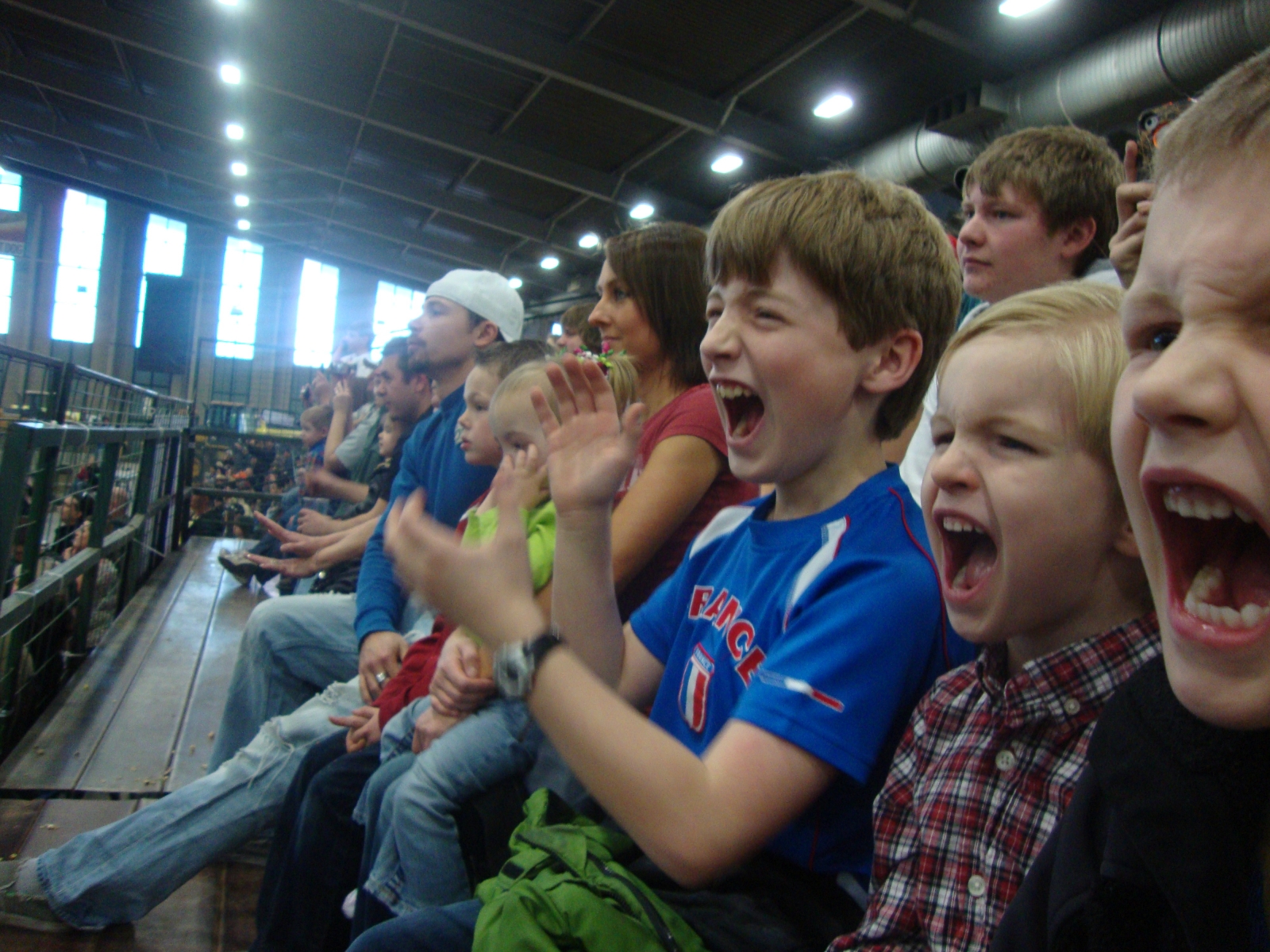 Before we knew it, they were bringing out the big guns. These trucks are really impressive, even for a girly girl like me. They’re HUGE! And the drivers are strapped into them like astronauts in rocket ships! 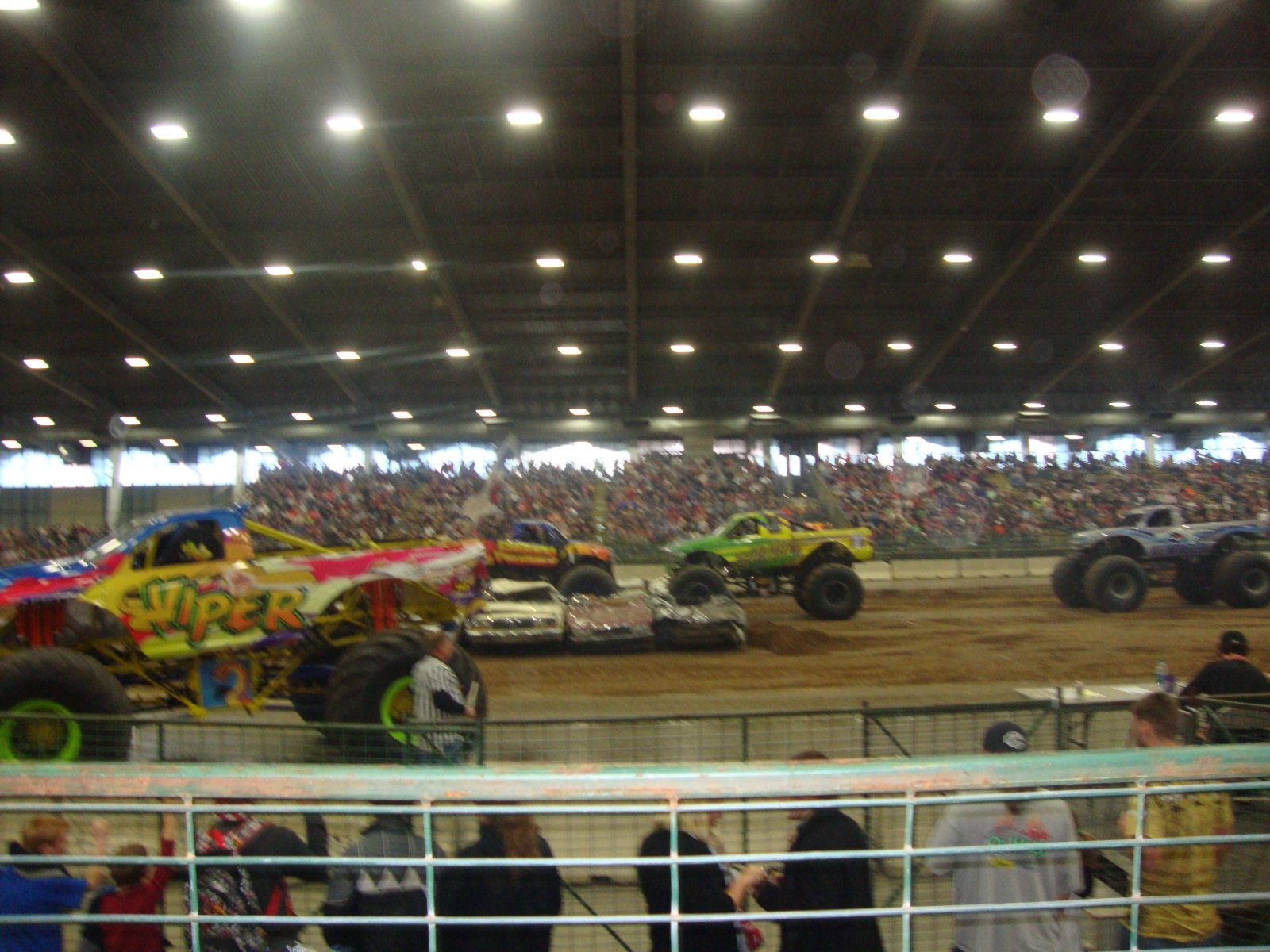 And they are WAY louder than our screams! 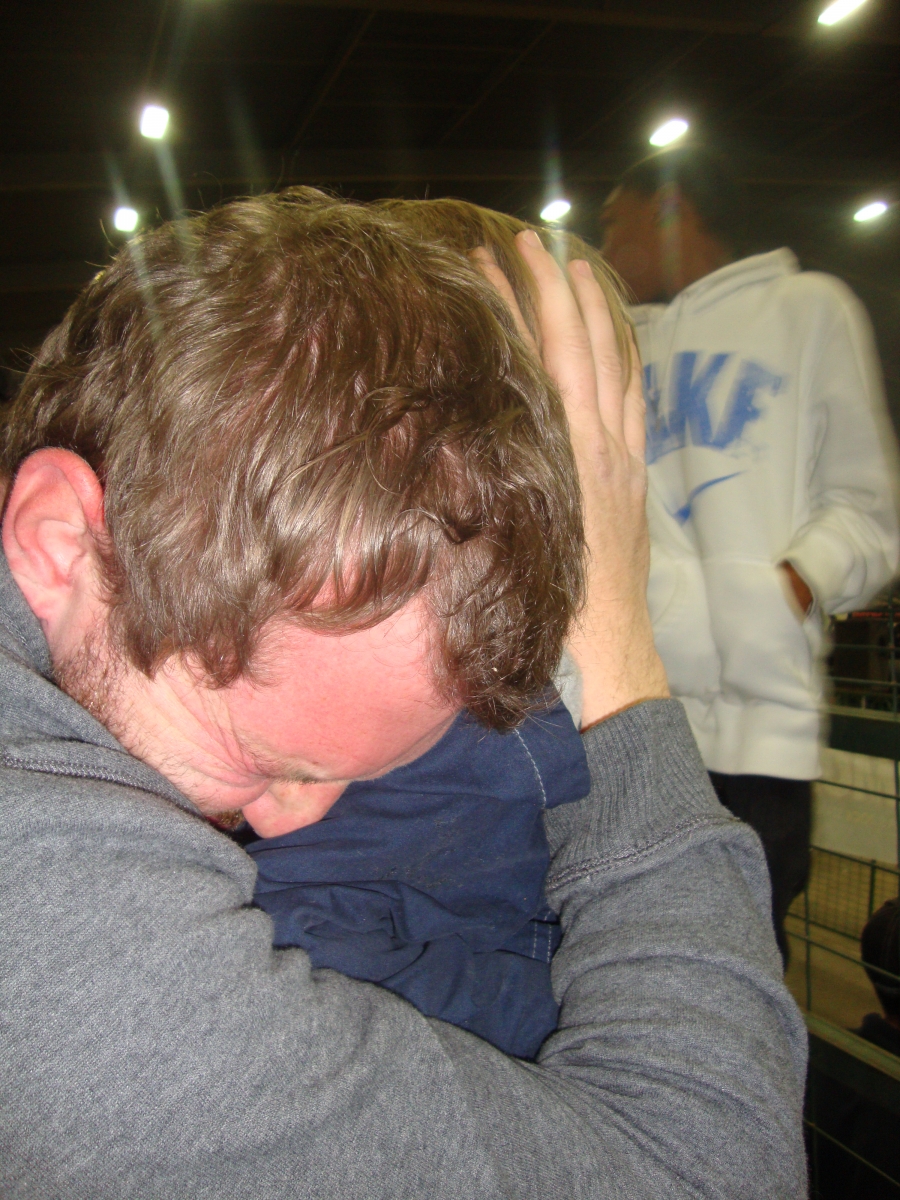 Our boys could not stay seated for this part. They were glued to the rail as the trucks launched into the air and crushed the piles of cars in their paths. 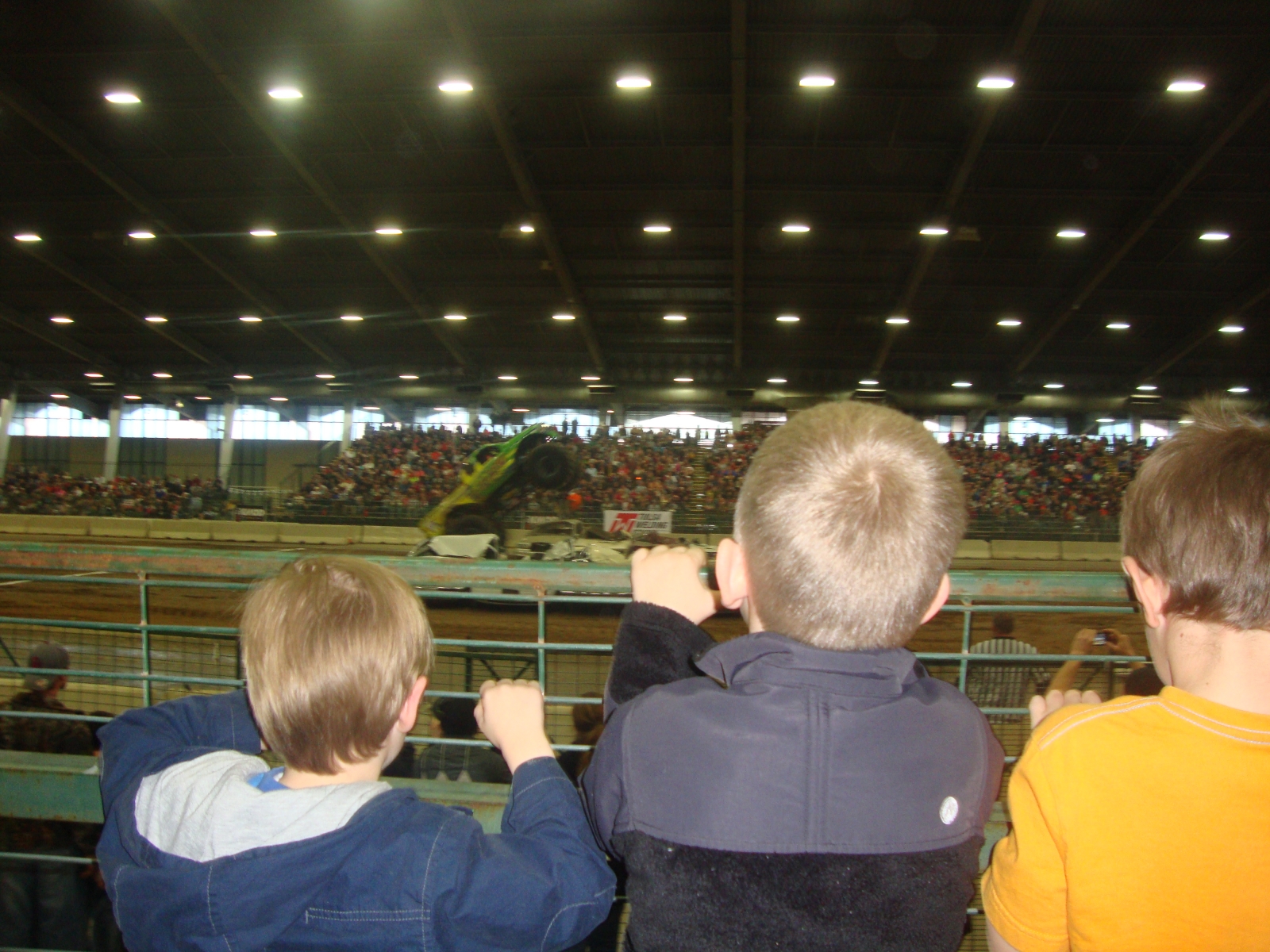 We even ran into one of my five year old’s best friends from Pre-K last year. What a fun event to share with friends! 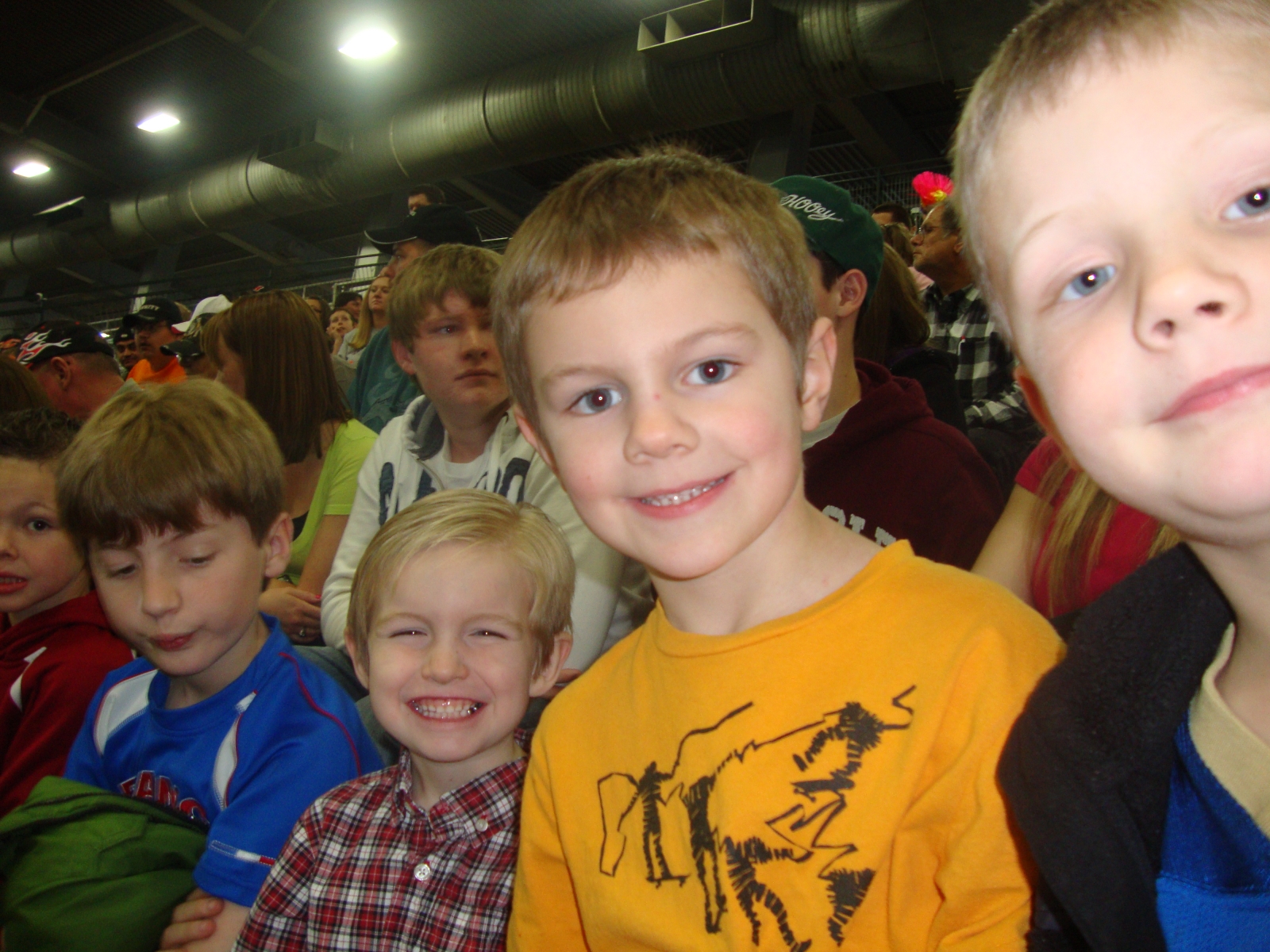 After cruising around and checking out more cool cars and custom hot rods, we spent some time on the bounce toys, and played a game. The boys were cackling with excited laughter on the slide, and couldn’t be happier about launching darts into balloons! 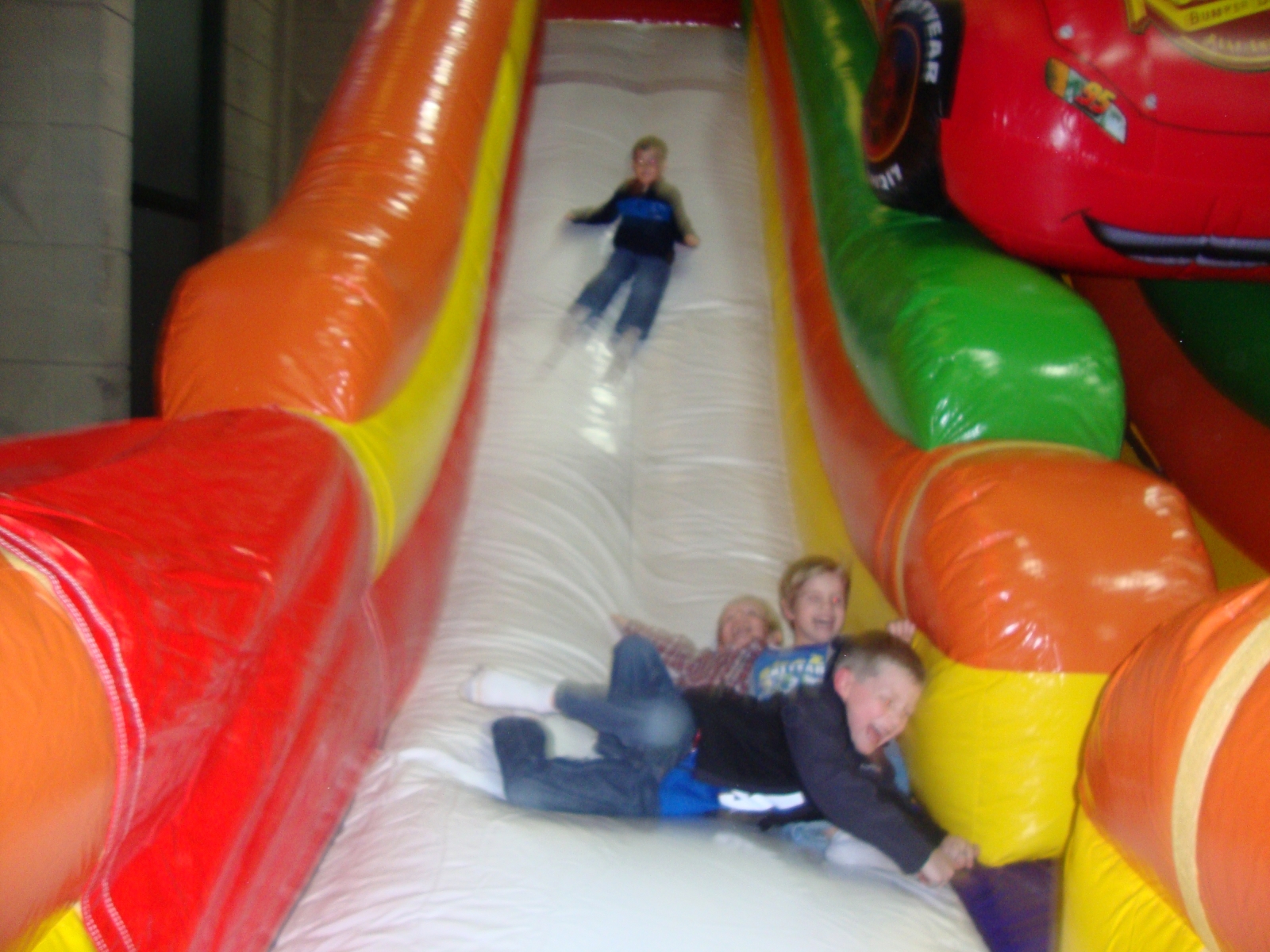 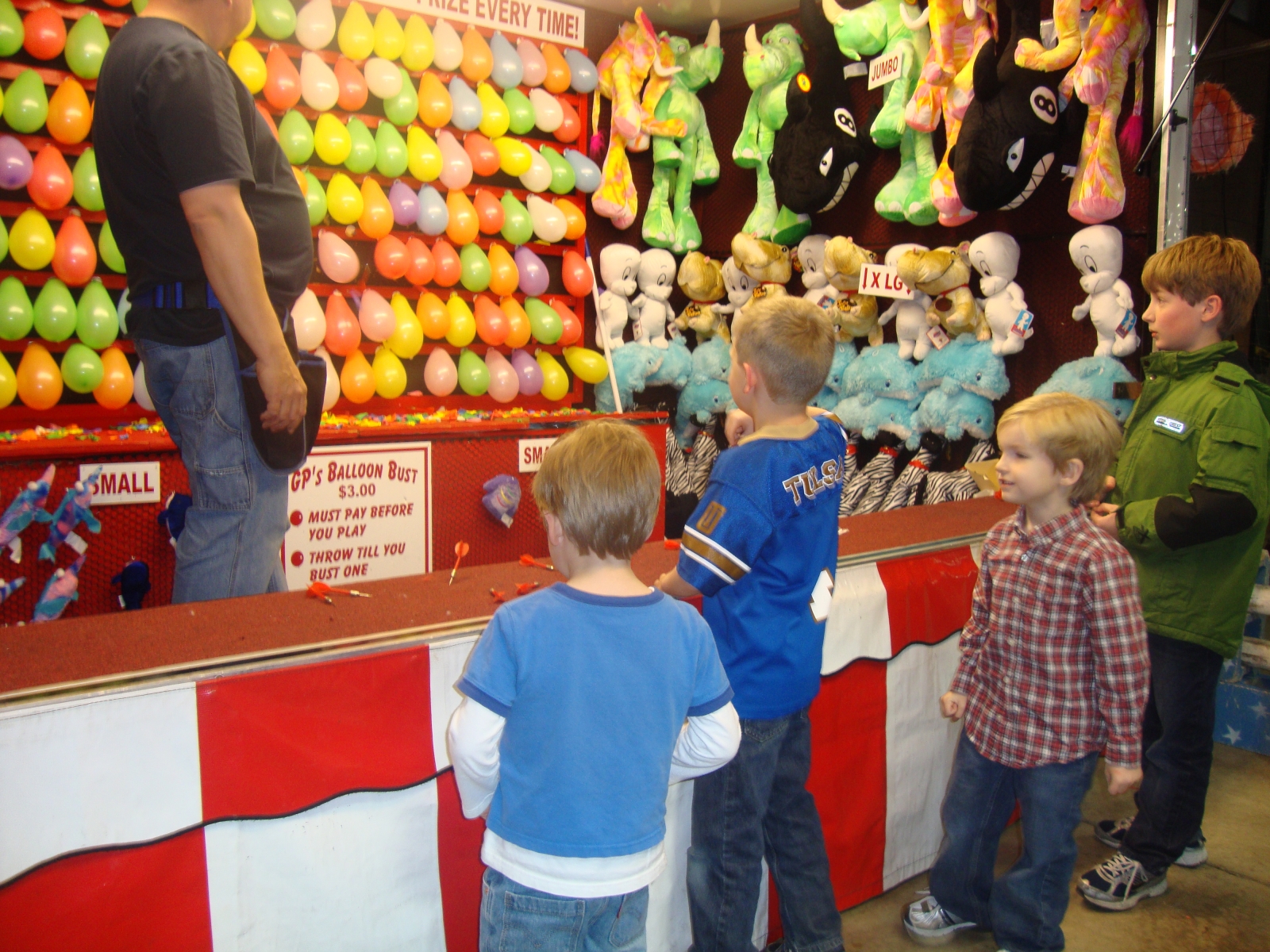 Everyone was a winner, including the grown-ups! 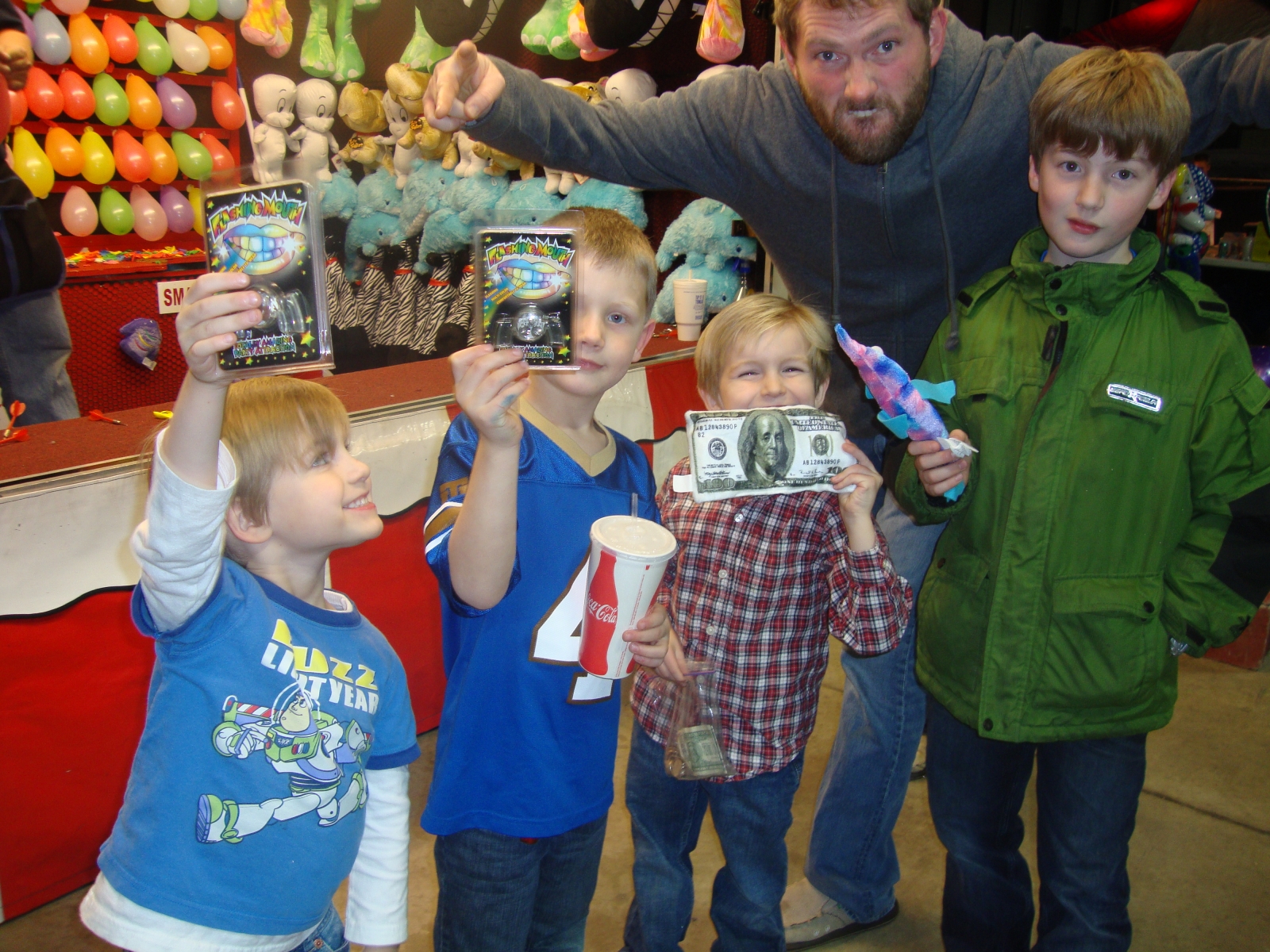 I hope you’ll join us for our next adventure!